PS: YOU MAY ALSO WANT TO CHECK OUT OUR NEW, IMPROVED BEET WELLINGTON RECIPE HERE.

‘But what are you going to make at Christmas?’ is a question I have heard a lot ever since I went vegan. An average person has trouble imagining a big family gathering – like Christmas or Thanksgiving – without a meat centrepiece.

I totally get that, even though I no longer eat meat. When my next door neighbours are making a roast chicken for a Sunday dinner, it still smells nice to me and brings back the memories of family meals…I mean, it’s impossible to completely erase a lifetime of food memories just because your meat eating blinkers have finally come off.

As it is nice to have an impressive centrepiece that everyone round the table can share, I’ve decided to come up with a plant-based tradition of my own. Last year I attempted vegducken, which was, hands down, an unmitigated disaster. Don’t get me wrong, I’m not slagging the recipe off here. Living on a small island, I have had to do a few substitutions and I couldn’t quite find a trio of vegetables that would fit one into another snugly and the result was really not that tasty.

This year, inspired by my favourite Aussie Masterchef, I decided to attempt my version of Beet Wellington. It took me a few goes and there were some tears and some swearing until I got it right, but I am finally happy to present you with something we’ve been enjoying in our Lazy Cat Kitchen ‘test kitchen’ for the past week.

One key lesson from my fails is that instead of spreading the mushroom mixture (known as duxelles) on the pastry and then attempting to roll the Wellington, it is way more prudent to stack the filling up high 2 thirds down the sheet of pastry and fold the pastry tightly over it. It works a treat and if you get a helping hand at that stage to ensure that there is no slack in the pastry, you’ll end up with a neat parcel of plant-based goodness wrapped up in a crispy puff pastry shell.

Gorgeous to look at, perfect for sharing and delicious too! I’m happy to announce that my very own plant-based tradition is born.

PS: If you make my beet Wellington, don’t forget to tag me on Instagram as @lazycatkitchen and use the #lazycatkitchen hashtag. I love seeing your takes on my recipes! 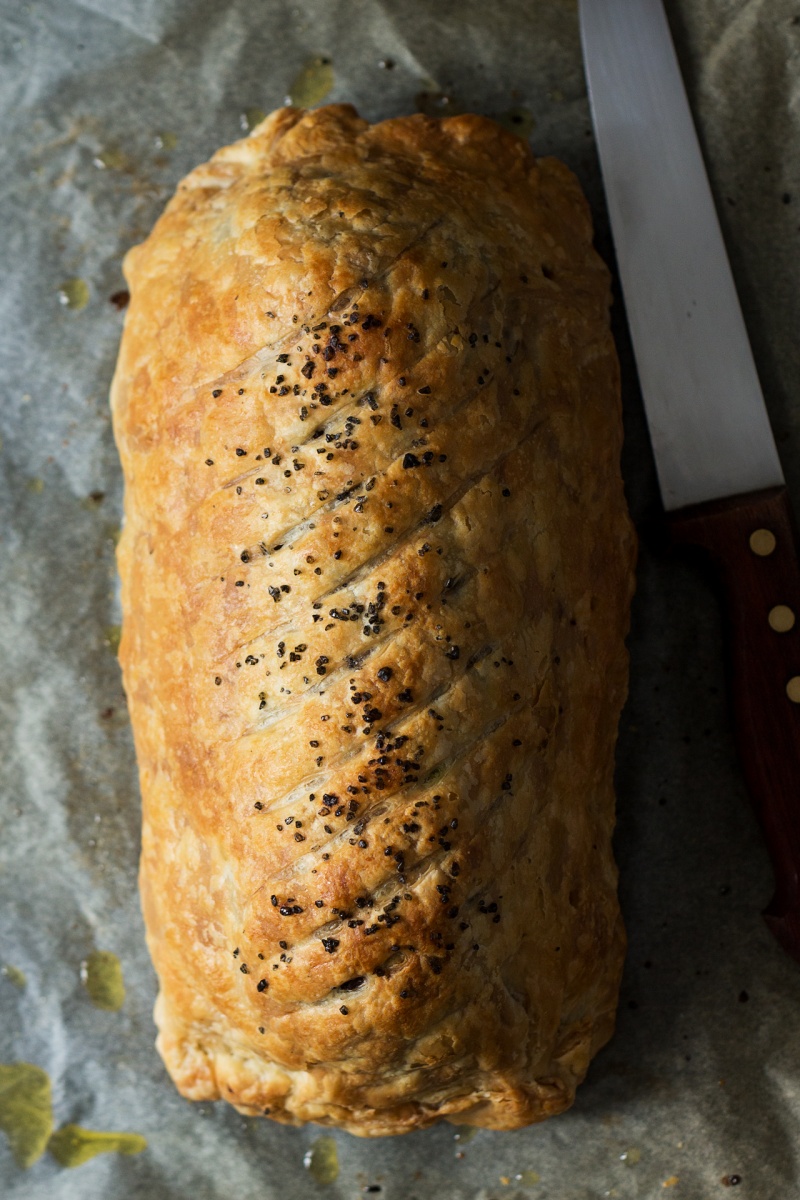 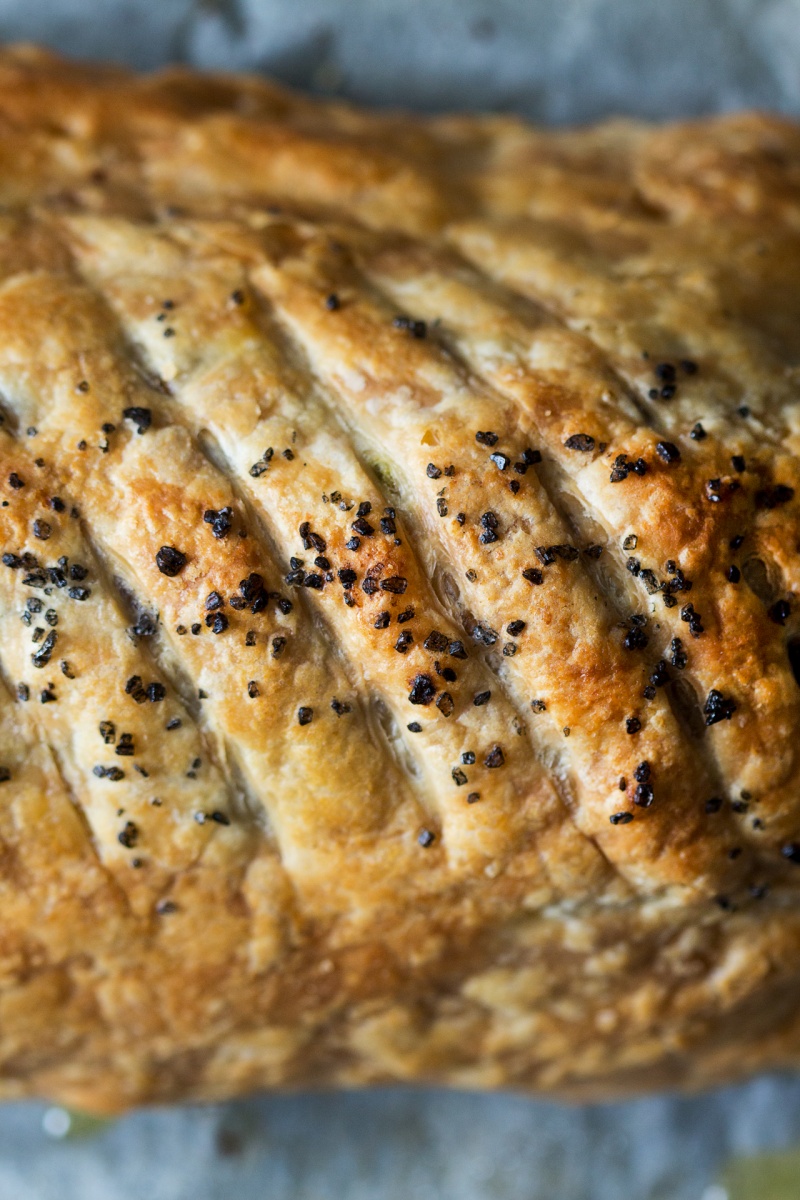 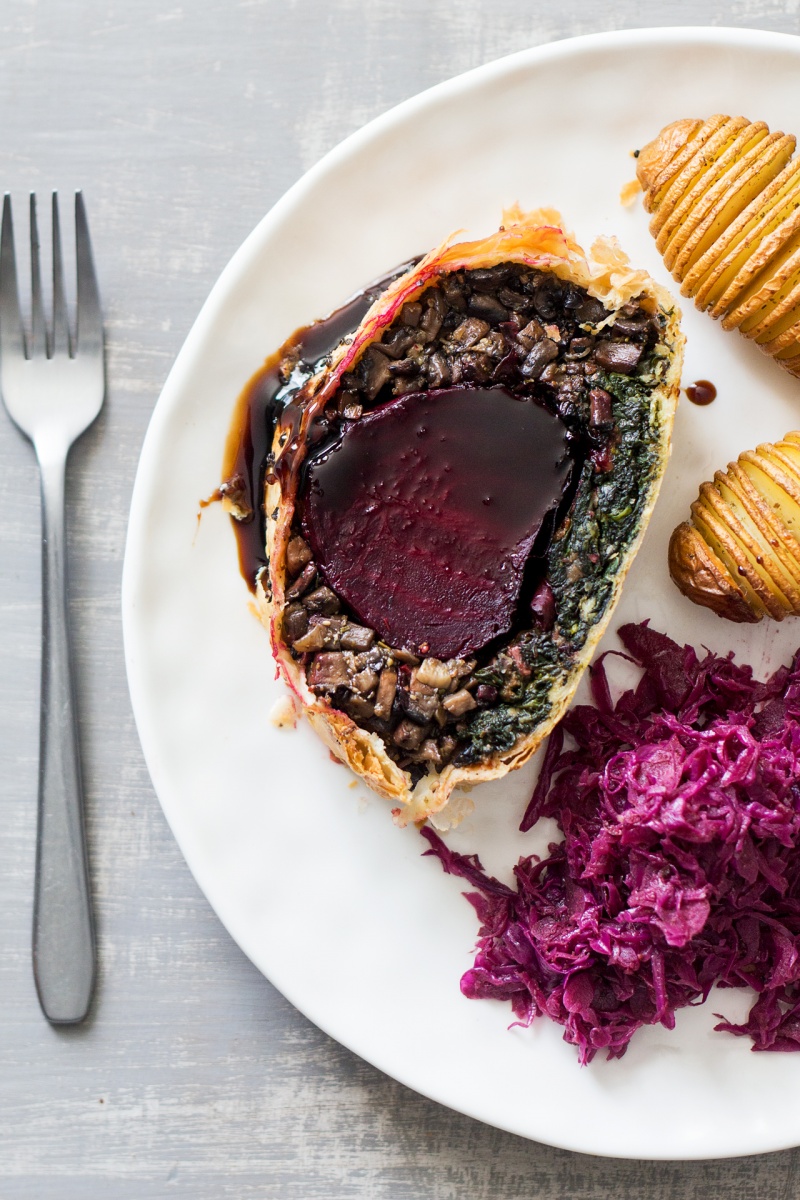 *I know that Jus-Rol and Pepperidge Farm are definitely vegan and that Dufour definitely isn’t. If in doubt, check the packet for more details.

**Reduced aquafaba simply means simmered, without a lid on, until excess water evaporates and aquafaba becomes like an egg white. Please cool it down completely before using in this recipe.

Hi, I'm Ania. I love good food but I love animals more! Adopting a plant-based diet has been the best decision I've made and that's how this blog was born. It's a space where I want to show you that creating delicious plant-based food isn't actually hard at all.
END_OF_DOCUMENT_TOKEN_TO_BE_REPLACED

On the blog, an ode to #beans 😁 and a delicious

This time of the year 🍁🍂 means that my stapl

As the season for all things cosy is in full swing