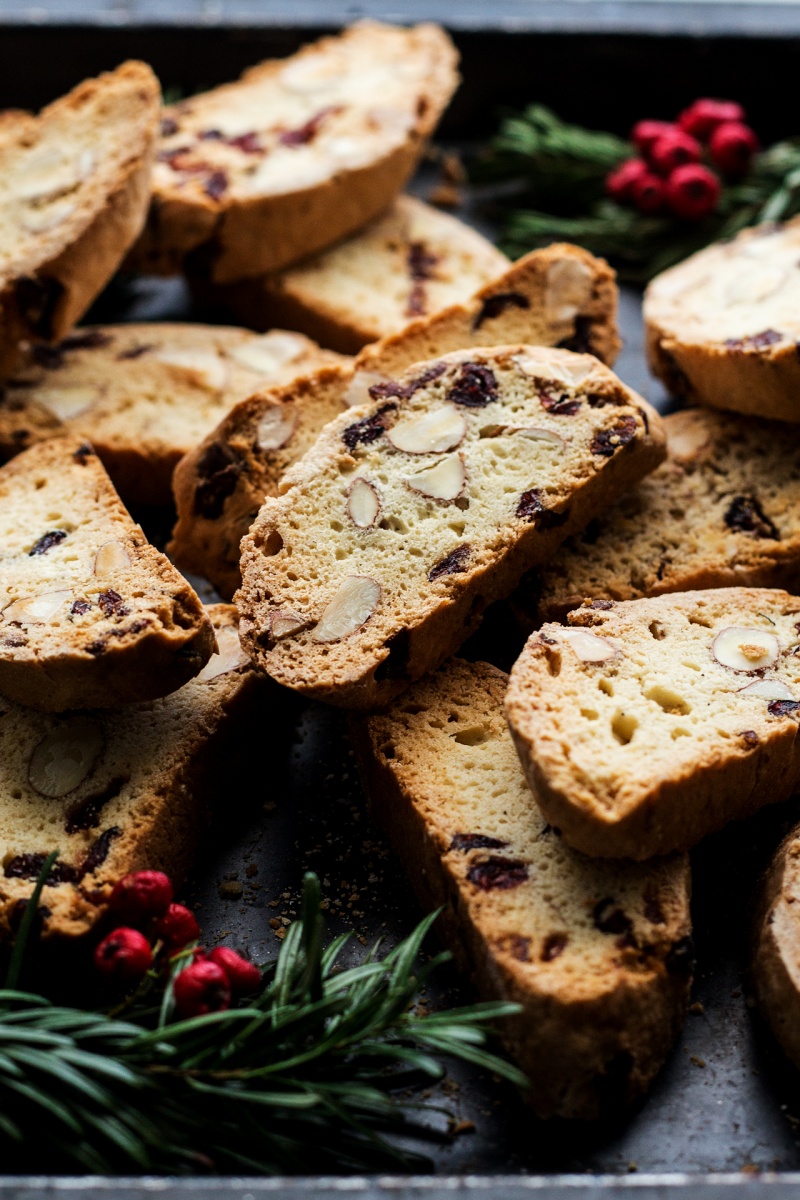 Cantuccini (or biscotti as they are known outside of Italy) are double baked Italian cookies that are best dunked in a glass of a sweet dessert wine or a cup of strong black coffee. They are crunchy, studded with nuts (I went for almonds and cranberries) and totally moreish.

They used to be something I lived on while working in an office. I always had a box of them in my drawer and having them alongside my afternoon coffee was something I looked forward to every day. I used to kid myself that I will only have one or two tops and was always very surprised how quickly I went through them…

I’ve not had them since going vegan so there was only one thing I could do about it – make them vegan! I was a bit sceptical about the outcome at first as they essentially rely on three core ingredients: flour, sugar and eggs, and that last one is not always the easiest thing to mimic in all contexts.

But when you come to think of what an egg is from a chemical standpoint, it’s essentially protein (white) and fat (yolk) so I decided to replicate it by fortifying aquafaba (which is known to mimic egg whites so successfully) with a bit of almond butter. It was an instant hit! Even Duncan, who has just had orthodontic braces put on and was explicitly forbidden from having any, had some when my back was turned and raved about them afterwards (or maybe because he hasn’t been able to eat much lately and is always hungry, possibly).

After the initial success, I decided to try another combination: protein-rich soy milk and a touch of coconut oil and it also worked a treat! As I like to have choices and I know that you do too, I included both versions below. As far as I can tell they are both pretty good. In terms of differences, I would say that the version with the aquafaba is a bit coarser and crunchier and perhaps a touch closer to the original, but the version with soy milk and coconut oil is also really good, a bit more delicate and a bit gentler on your teeth. Also, if you are worried about your teeth and are not keen on dunking (I am becoming British slowly, I think 😉 ), just reduce the 2nd baking time and they’ll be a lot softer.

I hope you’ll enjoy these and perhaps add them to your Xmas cookie rota (if you have one going). One good thing about these biscotti is that as they are already pretty dry, you can make them a long time in advance and seal them in a airtight jar until Xmas – although I dare you to actually be able to leave some for your Xmas table 😉 !

PS: If you make these eggless biscotti, don’t forget to tag me on Instagram as @lazycatkitchen and use the #lazycatkitchen hashtag. I love seeing your takes on my recipes! 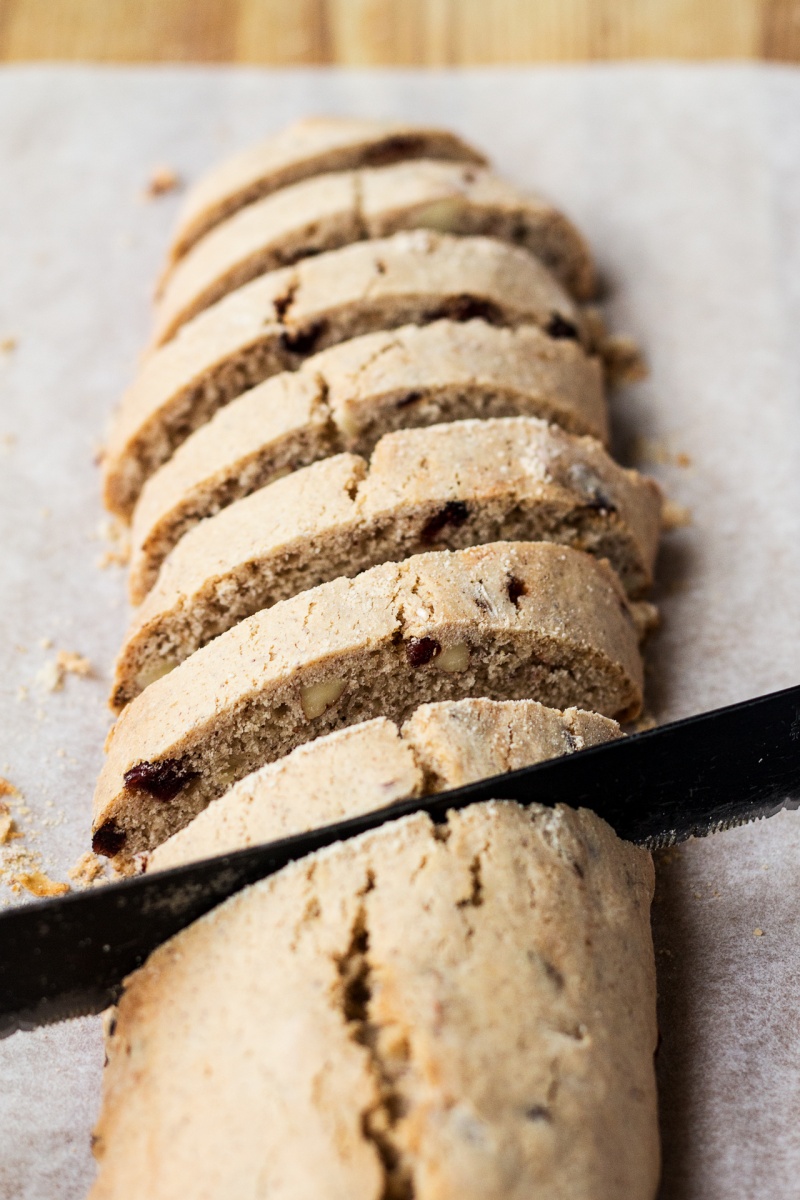 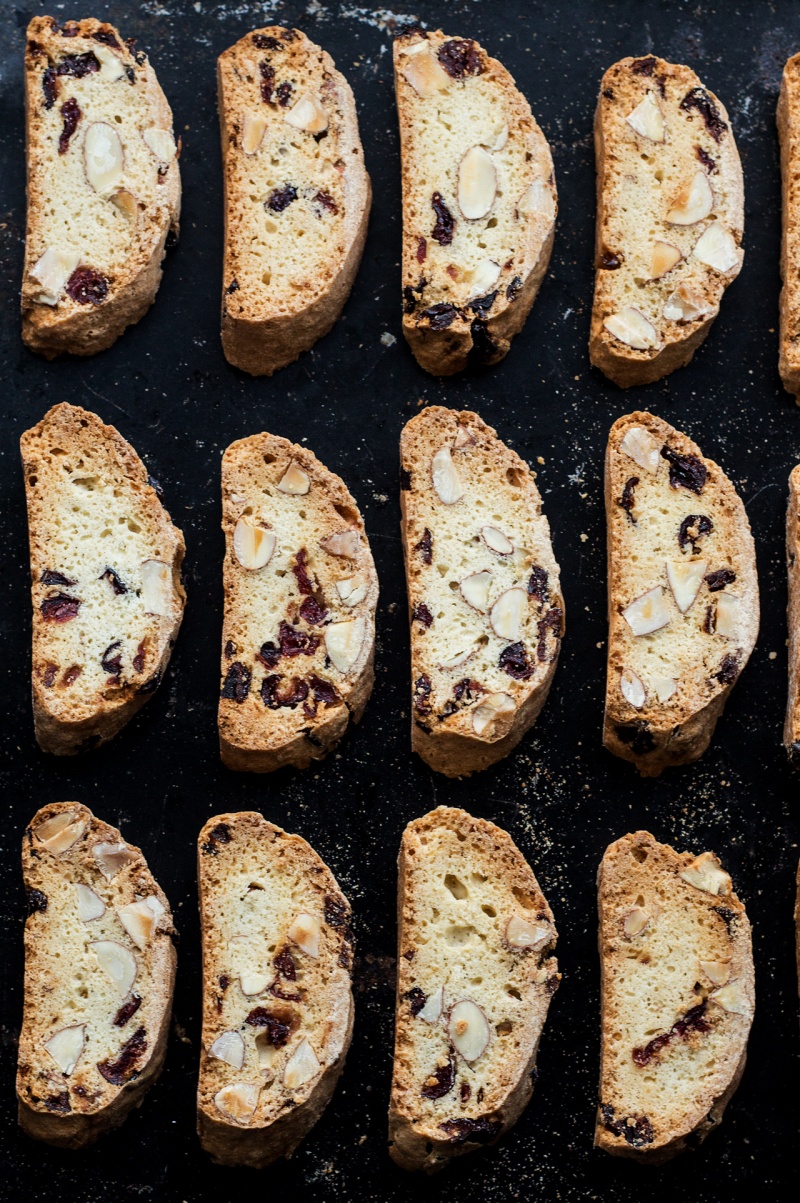 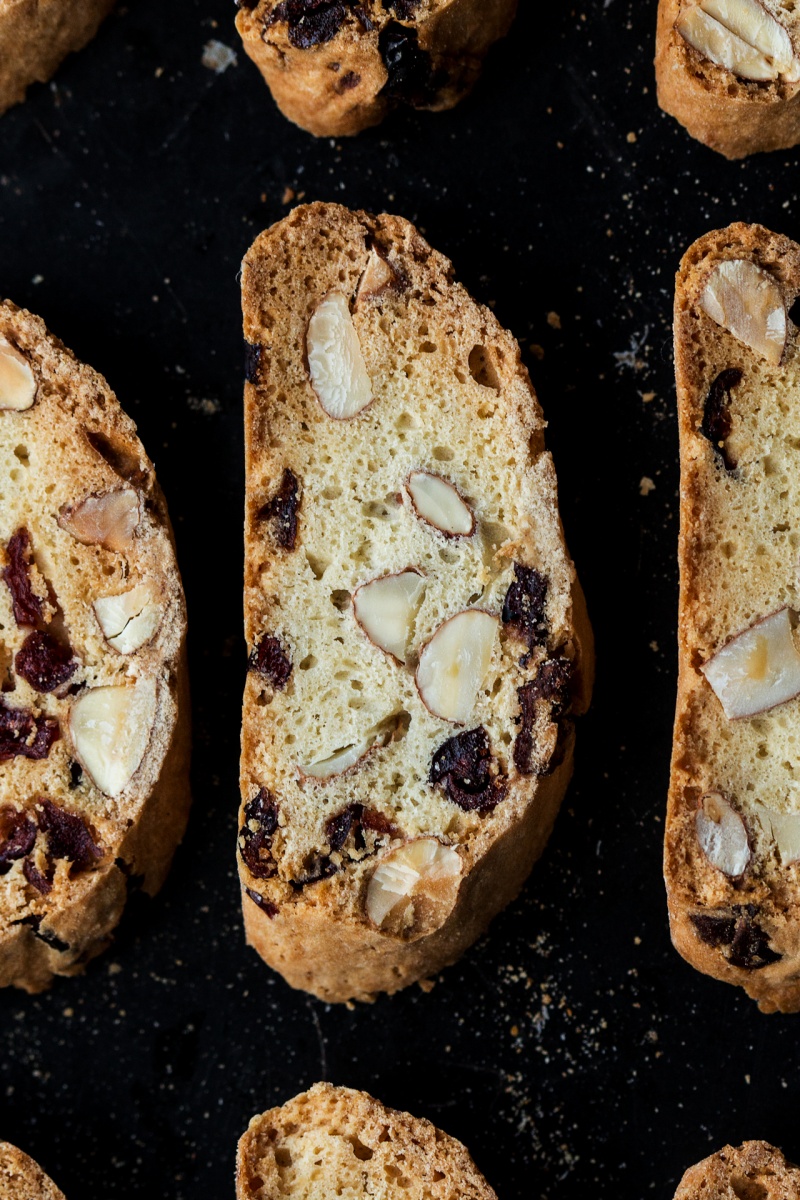 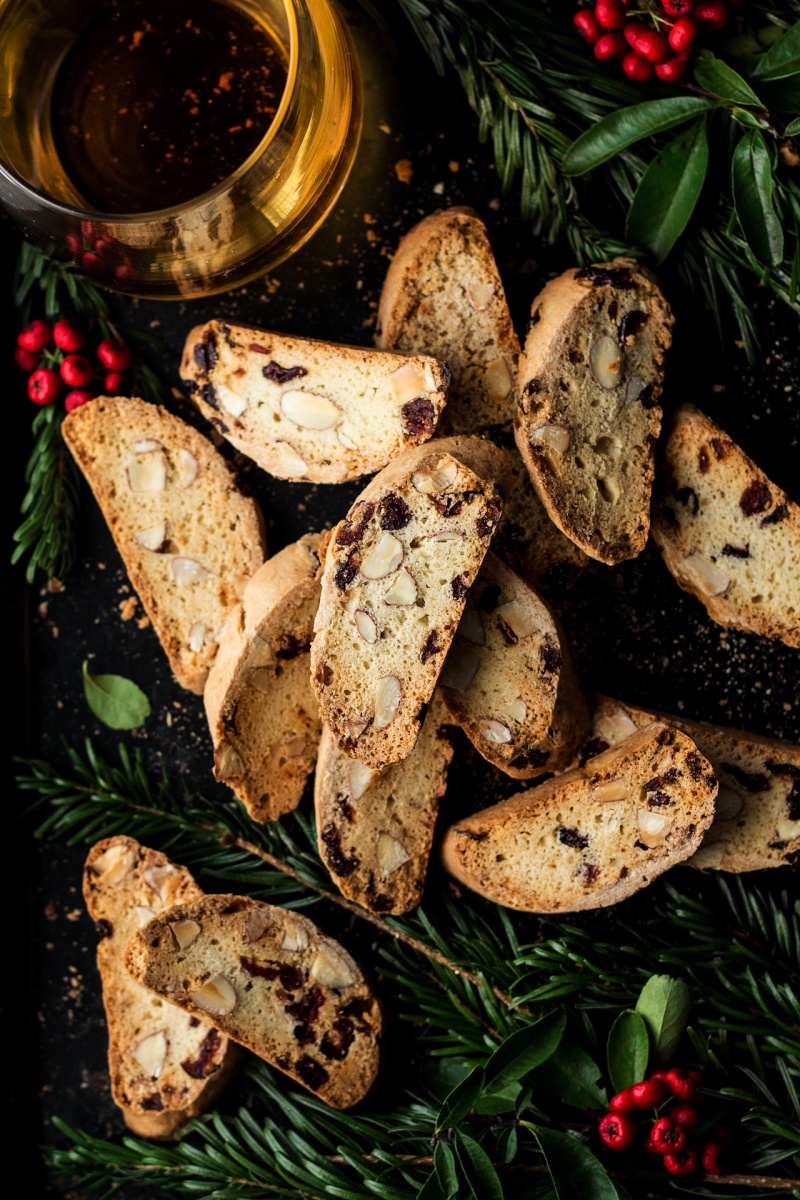 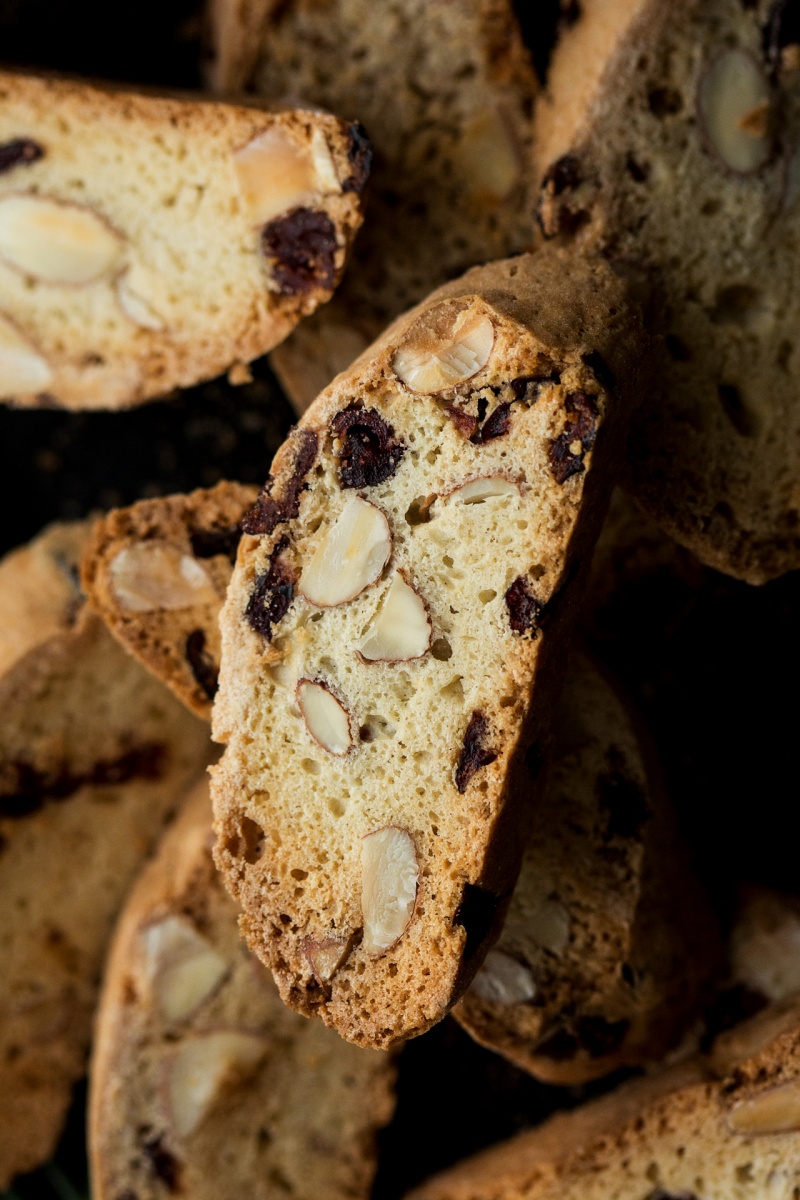 *I have not tried making these gluten-free, but if you would like to try, I would recommend using a baking GF flour mix that contains some xantham gum.

**I used aquafaba straight from a can of chickpeas. You can also use homemade aquafaba – here is how to make it.

Hi, I'm Ania. I love good food but I love animals more! Adopting a plant-based diet has been the best decision I've made and that's how this blog was born. It's a space where I want to show you that creating delicious plant-based food isn't actually hard at all.
END_OF_DOCUMENT_TOKEN_TO_BE_REPLACED

#vegangyros with roasted #jackfruit created when I

Signing off with a delightfully creamy and super e

For the #greekfood aficionados amongst you, I have

How about a Greek inspired #eastermeal? On the blo

I'm shooting an exciting new recipe for you today