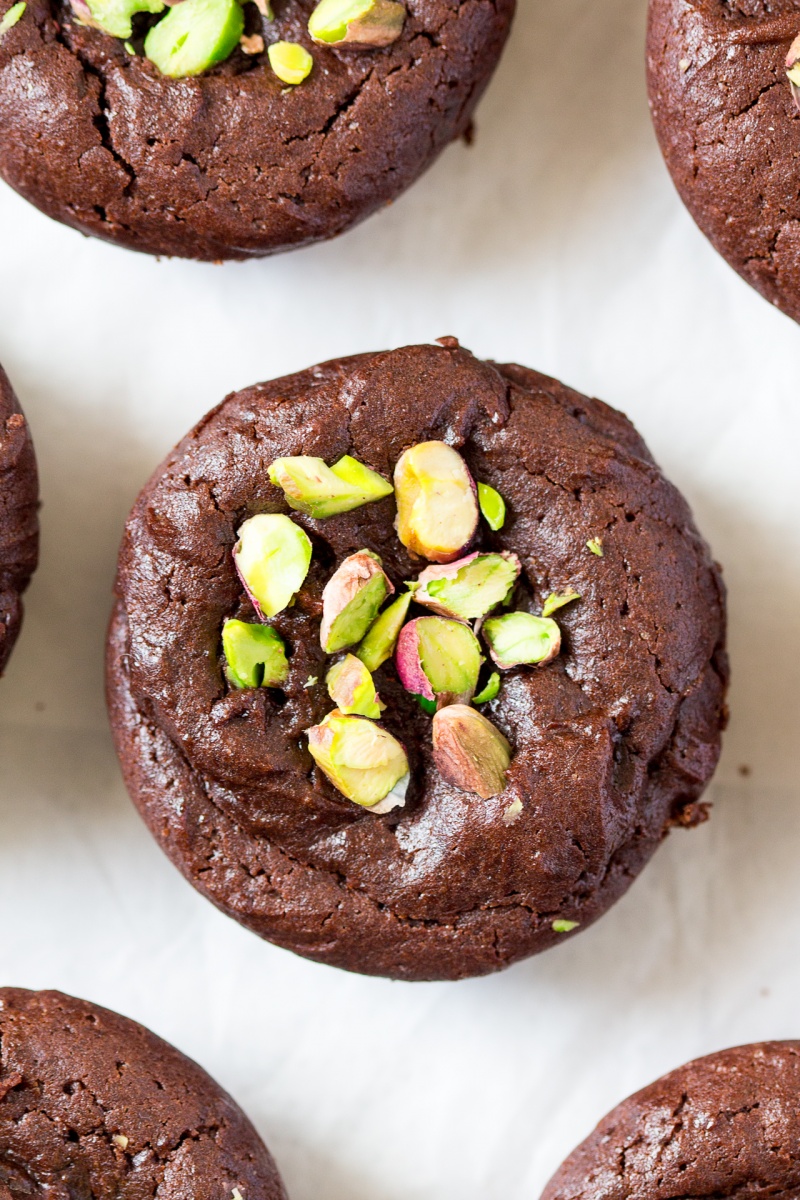 Brownies have always been one of my favourite sweet treats. Today, after quite a few rounds of testing (which wasn’t all that bad), I bring you a tray of perfect fudgy vegan brownies.

They are crispy on the inside and fudgy on the inside, the way every good brownie should be. They are intensely chocolatey, come together quickly and due to their small size, bake so quickly that you’ll have plenty of time to make yourself a cup of coffee before they are out of the oven.

The key to the fudgy interior is taking them out of the oven just in time. They may look underdone as the tops harden and crisp up as the brownies cool down, but trust me – they are not. They are heavenly!

They certainly got a huge thumbs up from my fiancé. I made a whole tray for the photoshoot. I had the best intention of sharing them with my neighbours, but this plan has somehow fallen by the wayside. We both ate them all and I won’t tell you how many (or how few rather) days it took us cos I’m ashamed…

When it came to the last brownie, I caught Duncan making eyes at it and said that there is NO WAY I’m giving up my half. He said that he is going to get it by surprise attacking me…that boy is a charmer, eh? 😉

PS: If you make these fudgy vegan brownies, don’t forget to tag me on Instagram as @lazycatkitchen and use the #lazycatkitchen hashtag. I love seeing your takes on my recipes! 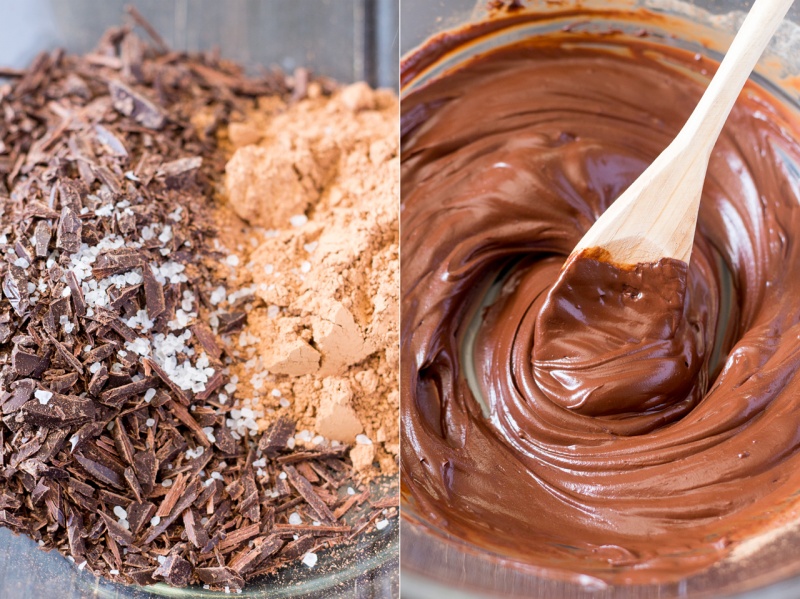 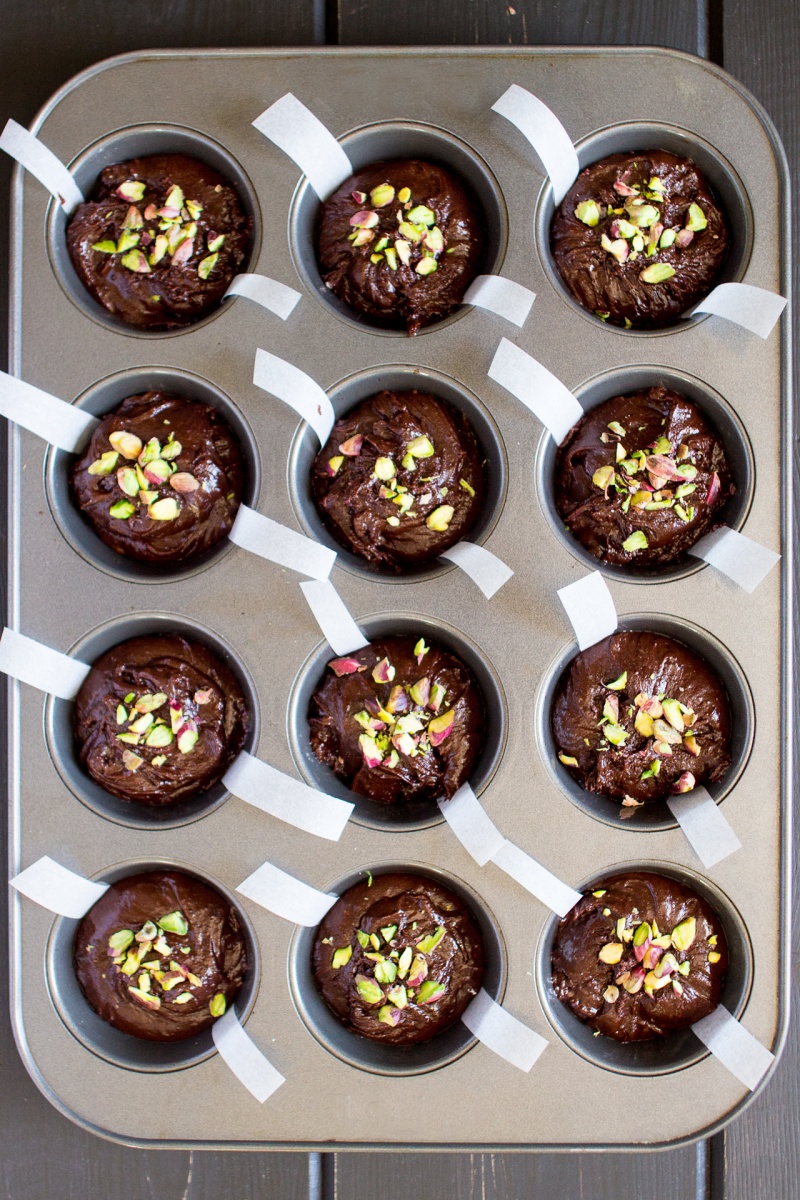 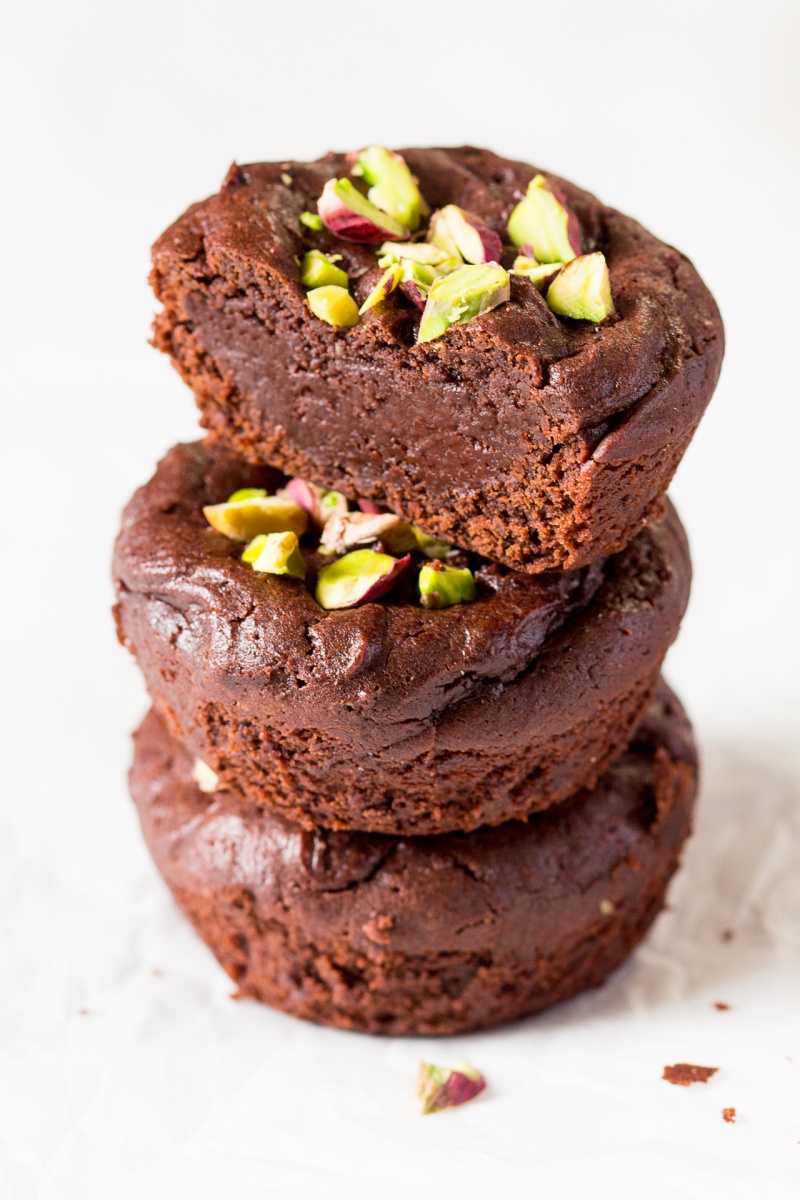 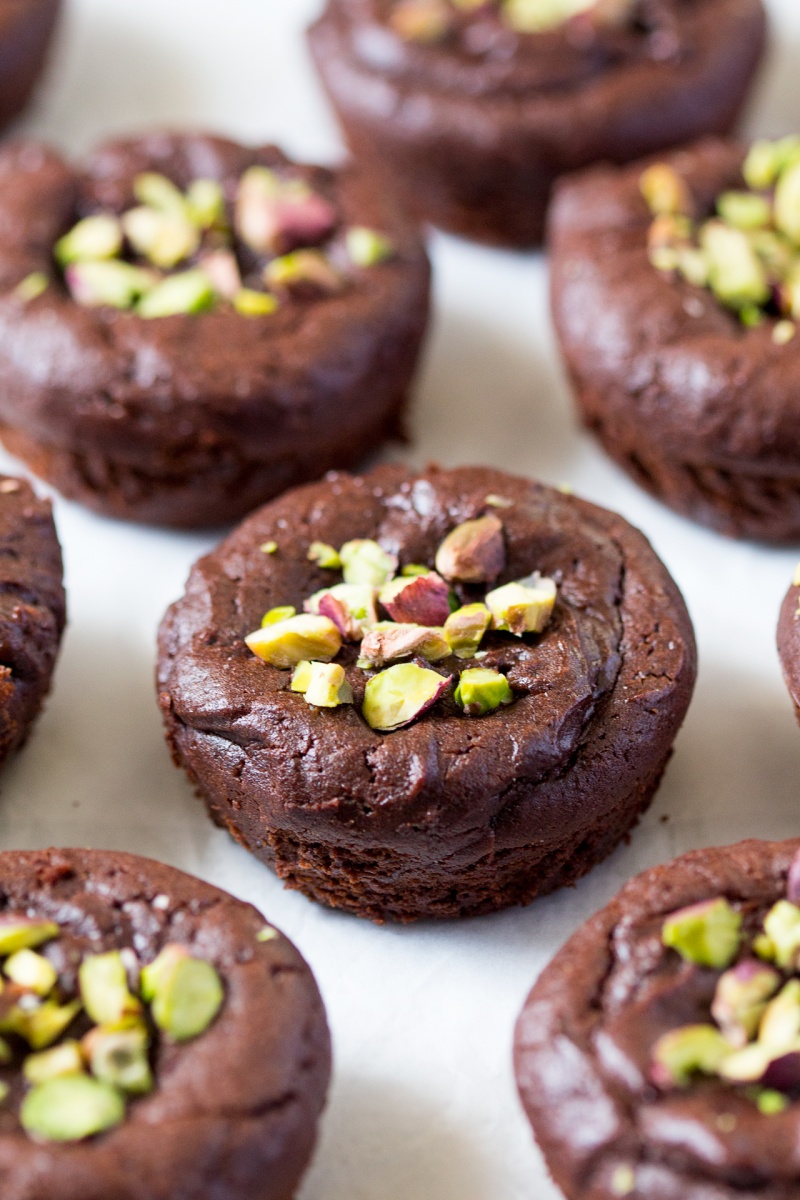 This recipe is an adaption of my earlier recipe for vegan brownies.

*Aquafaba (AF) or bean brine is leftover cooking water from cooking most legumes. I use chickpea water and have not tried using any other type yet. You can get it from a can of low sodium chickpeas or make your own. In this recipe, I used homemade aquafaba. When making your aquafaba, soak dry chickpeas in lots of water overnight, rinse and put in a large pot with lots of water. Bring to the boil and then simmer for about 1 hour (until beans are soft). Remove cooked chickpeas with a slotted spoon and what’s left in your pot is aquafaba. If it is too runny (ideally it should resemble egg whites), reduce it a bit by simmering it on a low heat (without a lid) until it reaches the consistency similar to an egg white. Cool it down before using.

Hi, I'm Ania. I love good food but I love animals more! Adopting a plant-based diet has been the best decision I've made and that's how this blog was born. It's a space where I want to show you that creating delicious plant-based food isn't actually hard at all.
END_OF_DOCUMENT_TOKEN_TO_BE_REPLACED