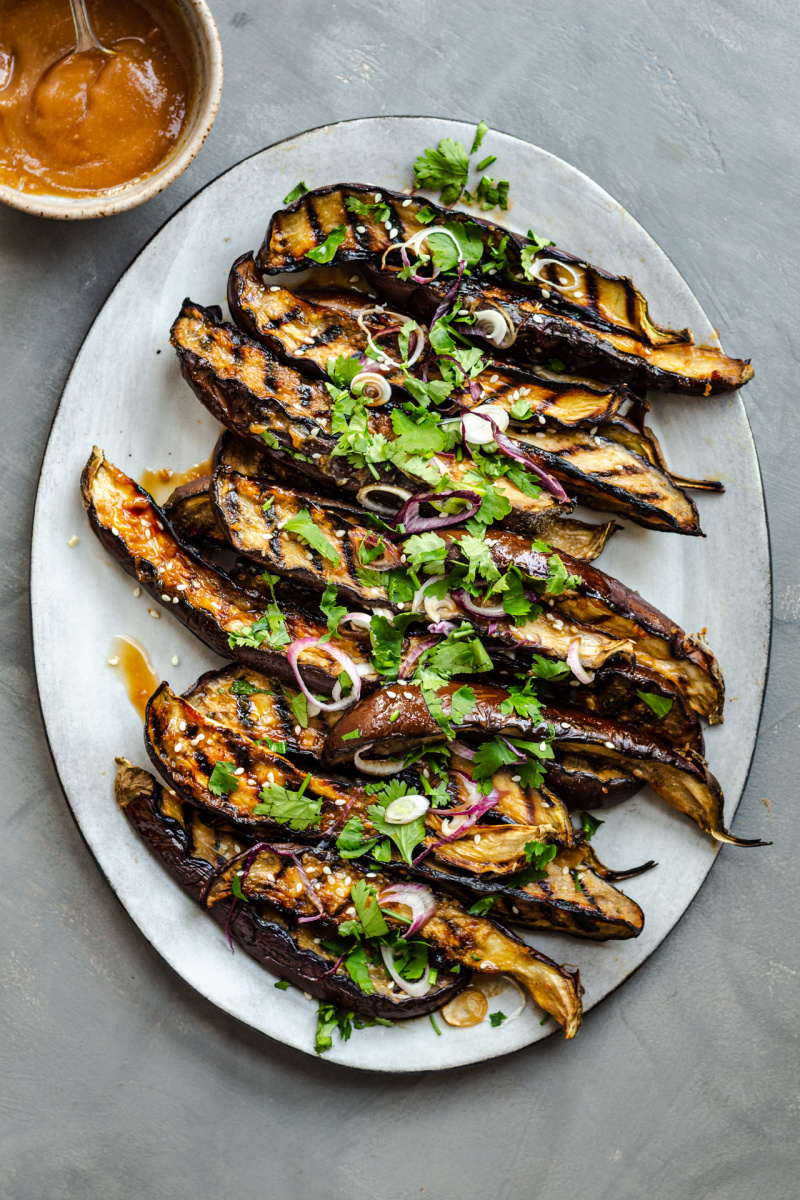 After me moaning about the lack of summer for weeks, I’ve had my wish – it’s been mercilessly hot around these parts lately. Hot and still and it becomes very hard to get some sleep. I wish there was a giant thermostat here somewhere so that I could turn the heat down just a scooch. Humans, eh? Never happy!! Oh well, the upside is that I’ve been making lot of sorbets and ice cream lately and if today’s final test goes well, I may be able to share an exciting vegan ice cream recipe with you this Friday, fingers crossed.

After years of wishing we had an ice cream maker when the weather gets hot for 2-3 weeks a year, I finally bought one and despite worrying that it might have been a bit of a fad purchase, I have been churning some finger-licking mixture in it most days. I am loving playing an ice cream wizard and ‘sampling’ the outcomes in equal measure. I’m currently making a peach sorbet to keep us going and as soon as I hear a ping, ‘your sorbet is ready for you, Madam’, I will be working on perfecting my ice cream recipe for the blog.

Cookingwise, I am doing the bare minimum I can get away – for obvious reasons – so today’s recipe is as simple as they come yet still really satisfying. It uses very seasonal aubergines (or eggplants), which can be cooked almost entirely on a BBQ if you have one going or on a cast iron griddle pan, on the stove top. Once cooked through, they get basted in the Japanese-inspired miso marinade, which is a heady concoction of miso, mirin, sake and sugar and I like to add a slash of vinegar for some relief. It tastes rather strong straight from the jar but once brushed onto cooked aubergine and caramelised under a grill, it transforms bland eggplant into a real delight. It can be enjoyed on its own, as part of a varied lunch spread or with a bowl of plain rice (or sesame-oil flavoured noodles) for a quick (yet flavourful) dinner. 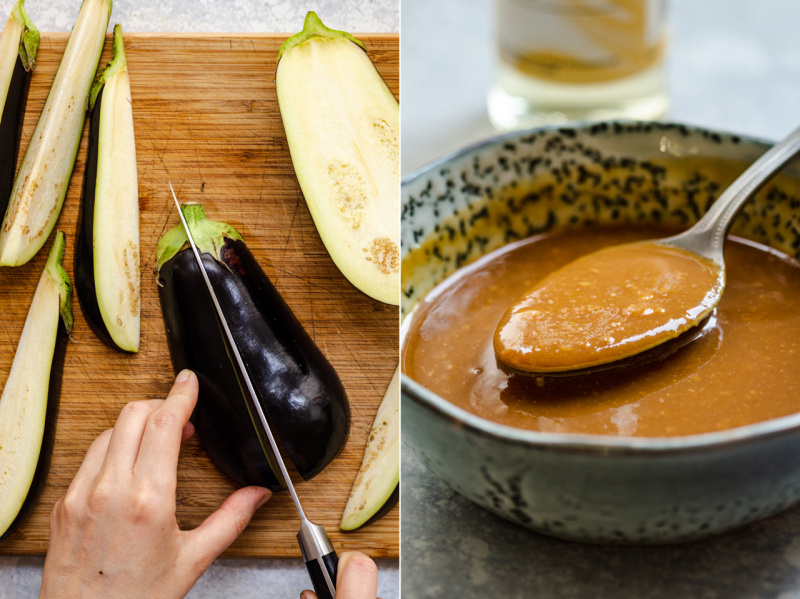 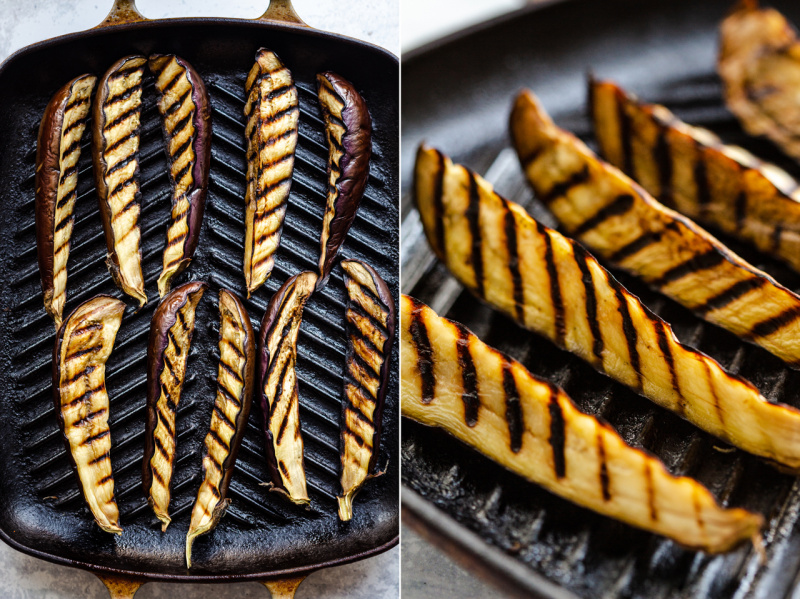 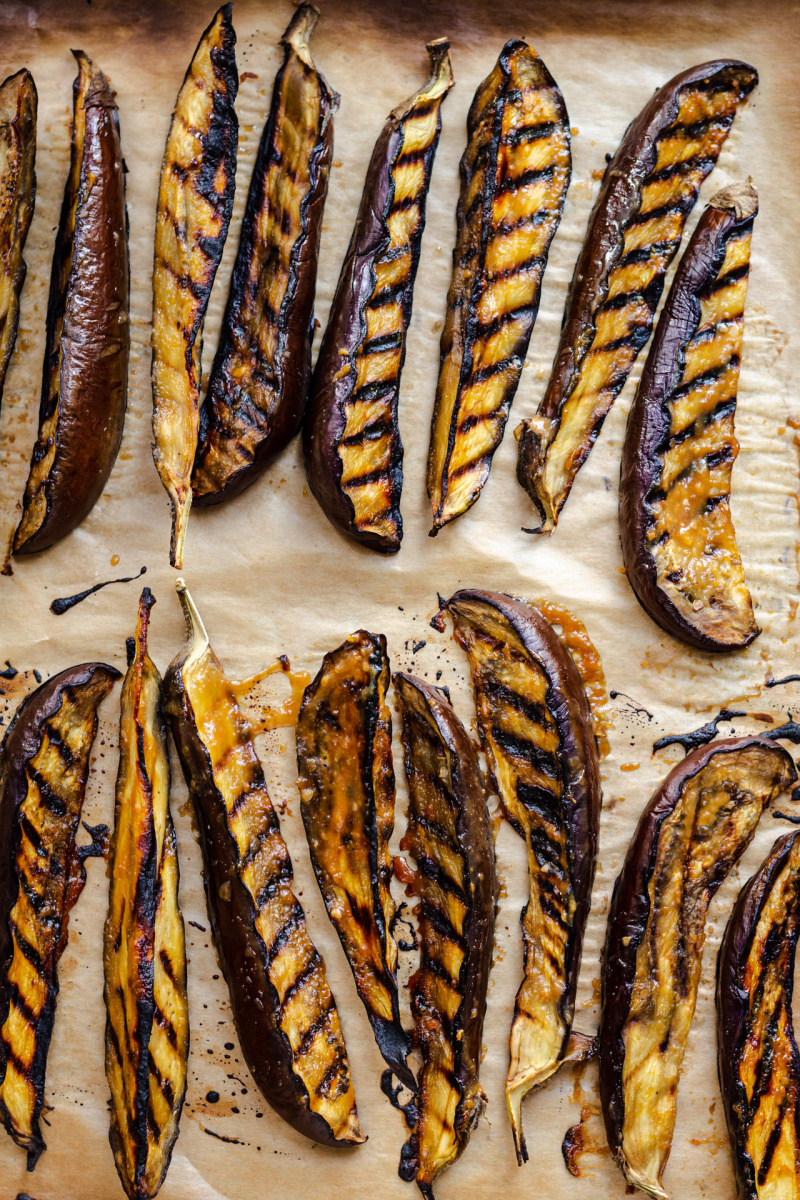 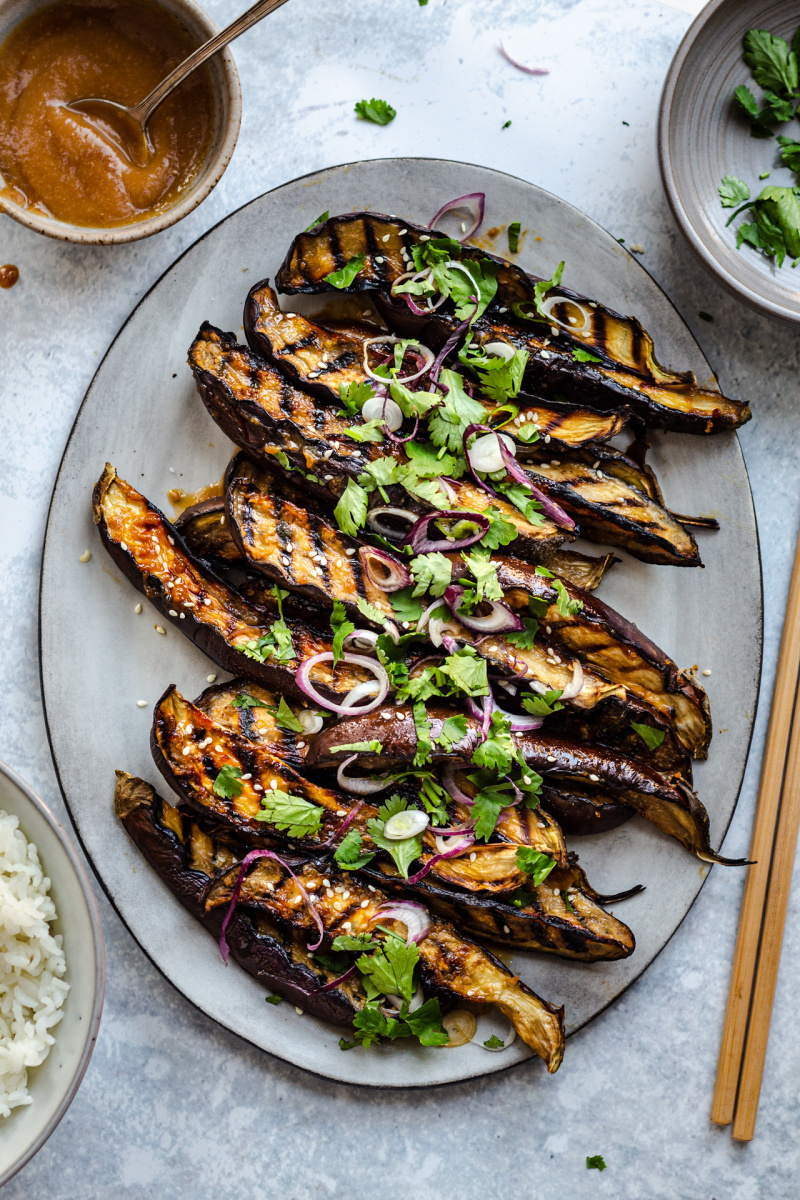 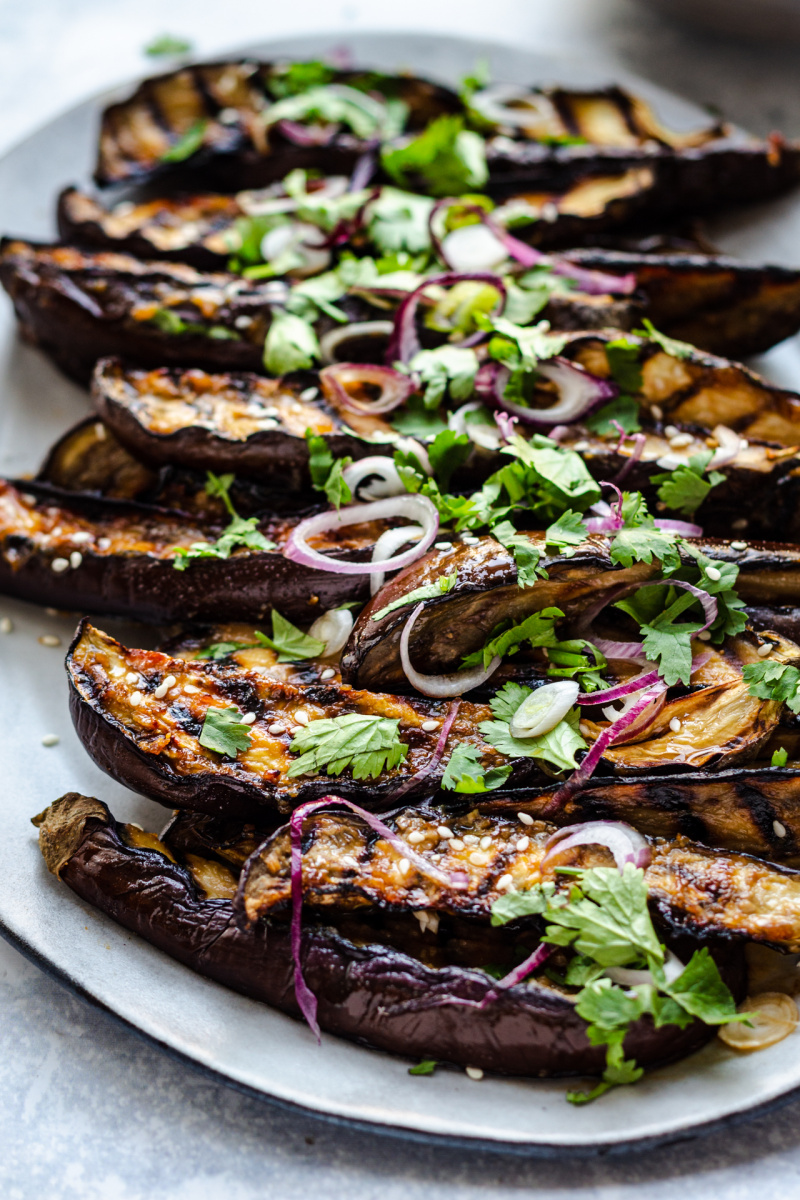 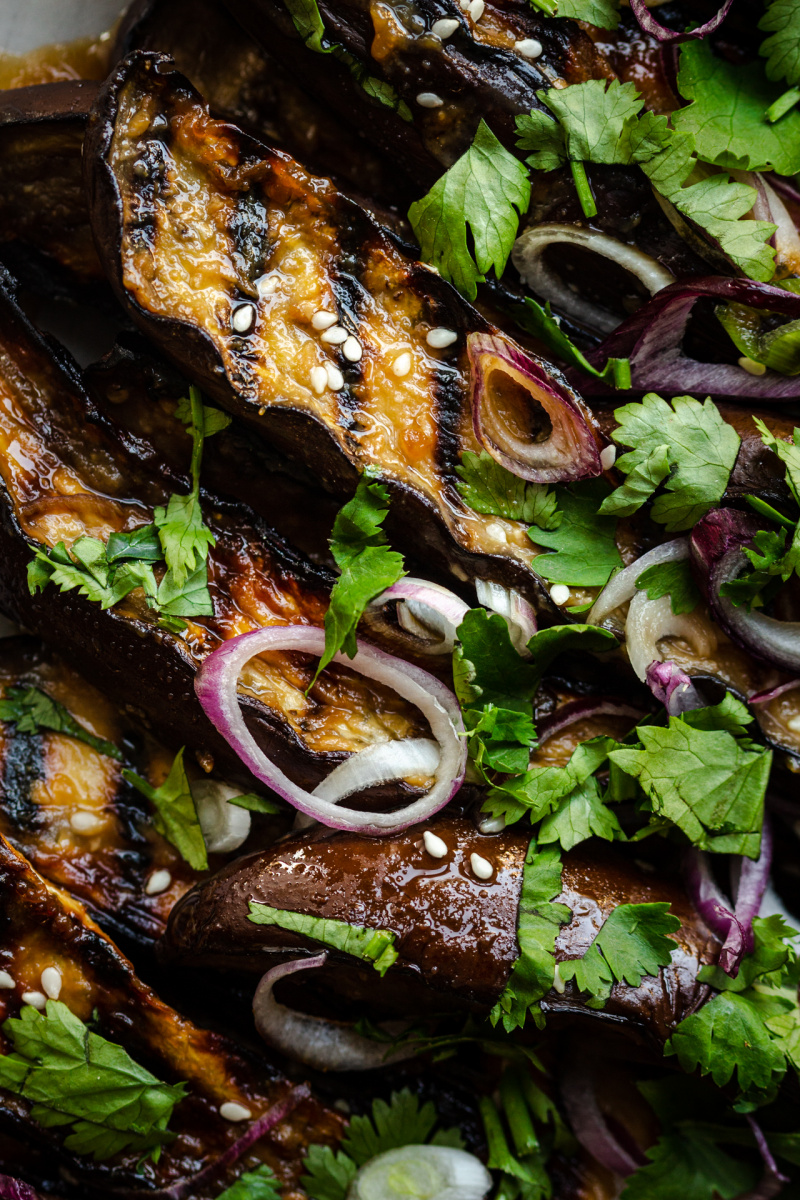 NOTES
*MISO – for a gluten-free version of this dish, make sure to seek out a gluten-free miso paste that is based on rice, adzuki beans or chickpeas rather than on wheat.

There are a variety of ways to prepare the aubergines for this dish. You could cut them in half, score them with a knife and cook them in a skillet (face down) or on a BBQ, glaze and grill / broil at the end, if that’s what you prefer. 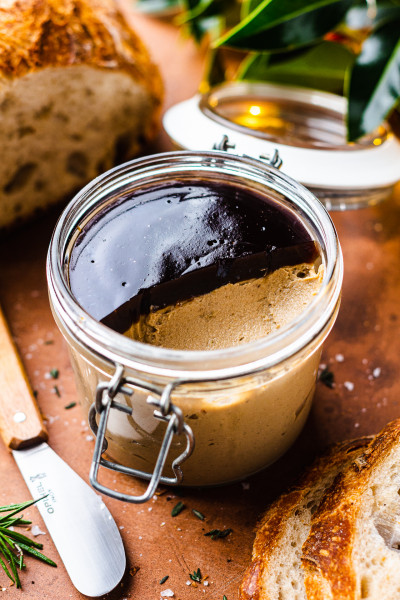 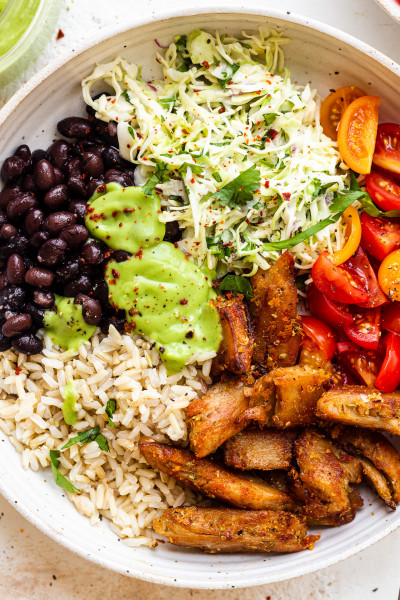 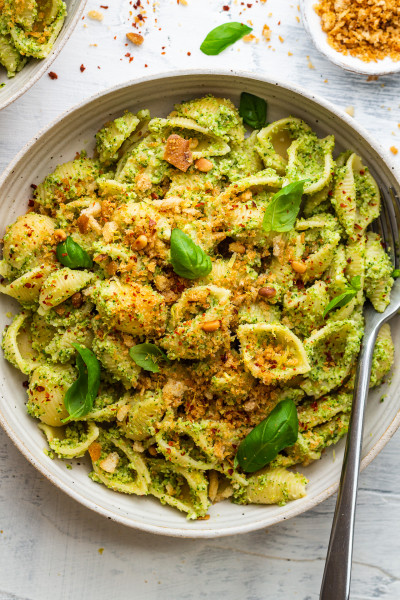 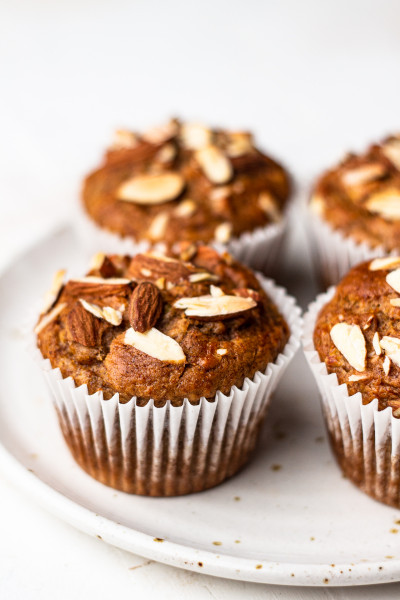 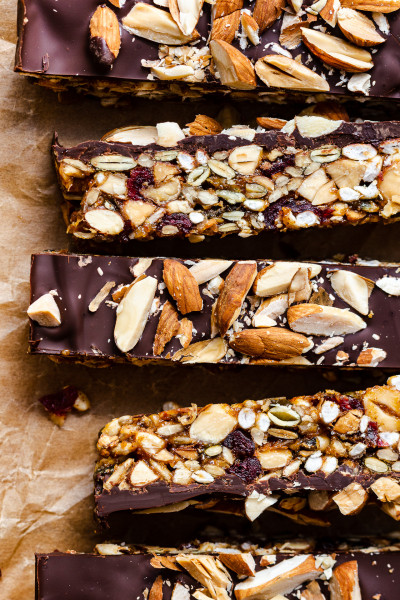 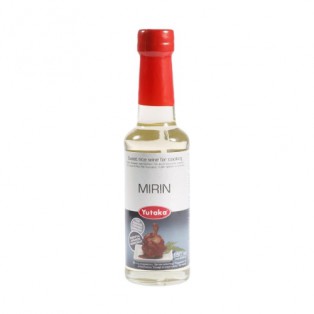 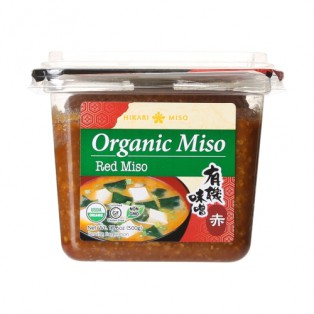 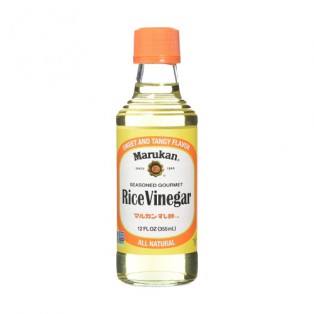 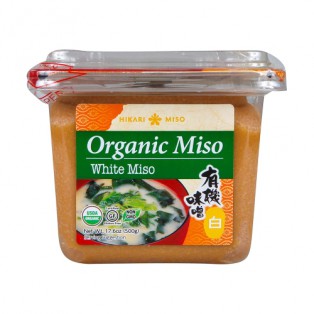 5.0
2 reviews, 4 comments
REVIEWS & QUESTIONS
Layla Hanwell:
REPLY
This is such a delicious recipe and so easy to make. That miso glaze has such deep flavours! An absolute winner! 👏🏻

Ania:
REPLY
Thank you, Layla. It makes me really happy to hear that these went down so well and that you found the recipe easy to make too. x Ania

Deselby:
REPLY
Very enjoyable dish! I want more of these type of side dishes!

Ania:
REPLY
Thank you, lovely to hear! There are already quite a few of them on my website (under SMALL PLATES) and I'm adding 2 recipes each week so there will be more for sure. Ania

Susan:
REPLY
Miso eggplant is one of my favourites! This looks amazing.