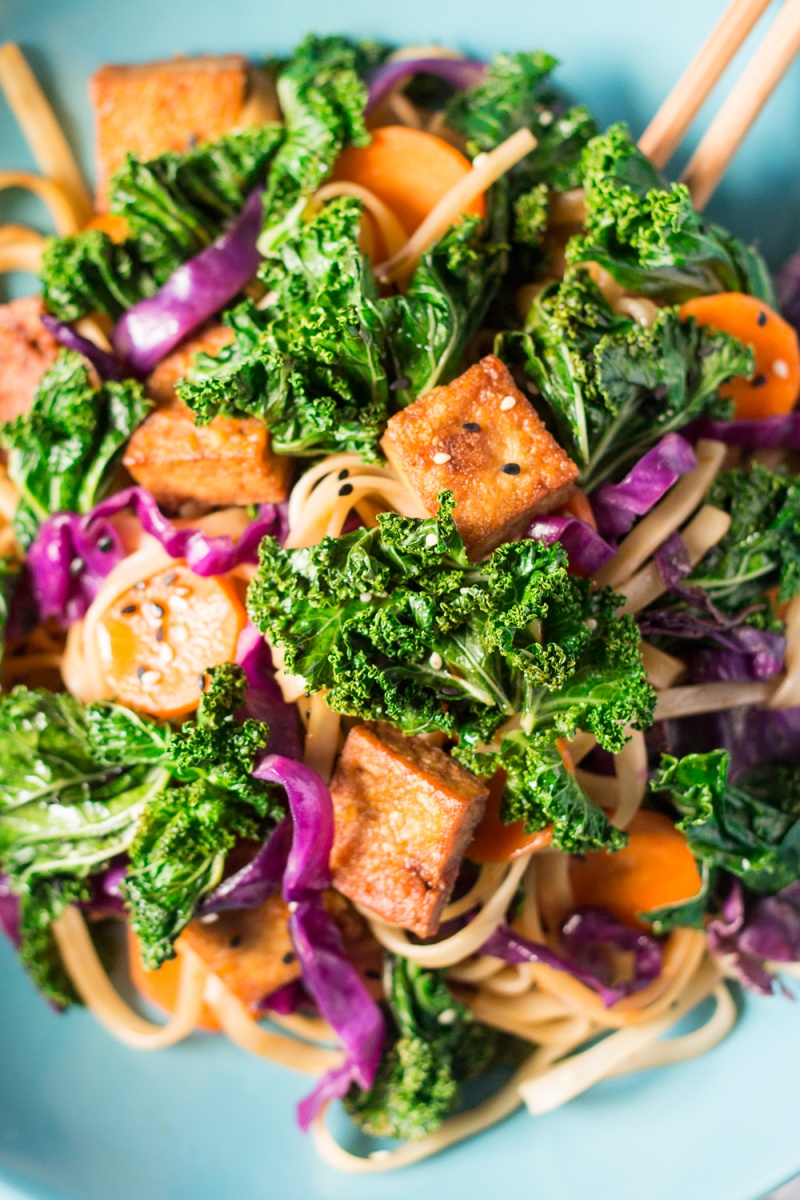 As you might have noticed, up until last week there was a conspicuous lack of kale recipes on the blog. I am a fan of kale, but it does not seem to be very popular with the locals and so I was not able to find it anywhere on the island.  Then, out of the blue, I heard from a lady called Barbara who had some kale for sale. She had a brilliant idea of bringing kale seeds with her from Germany and somehow managed to persuade one of the local farmers to grow this superhero of a vegetable. Turns out it grows beautifully here too, but that’s no surprise – almost everything does!

Barbara told me to turn up at the veg stall by the road where I often shop for vegetables and ask for ‘Barbara cabbage’ (Greeks don’t have a special name for kale, they simply call it cabbage – ‘λάχανο’). As soon as I said the words, the stall owner jumped on his motorbike parked nearby and off he went. I was a tad confused until minutes later when I saw him coming back with a beautiful canopy of kale freshly pulled out from the ground. It was a fine looking and tasting specimen and I’m definitely going back for more. I hope you like kale as I am keen to make up for the lost time. Kale cupcakes, anyone?:) 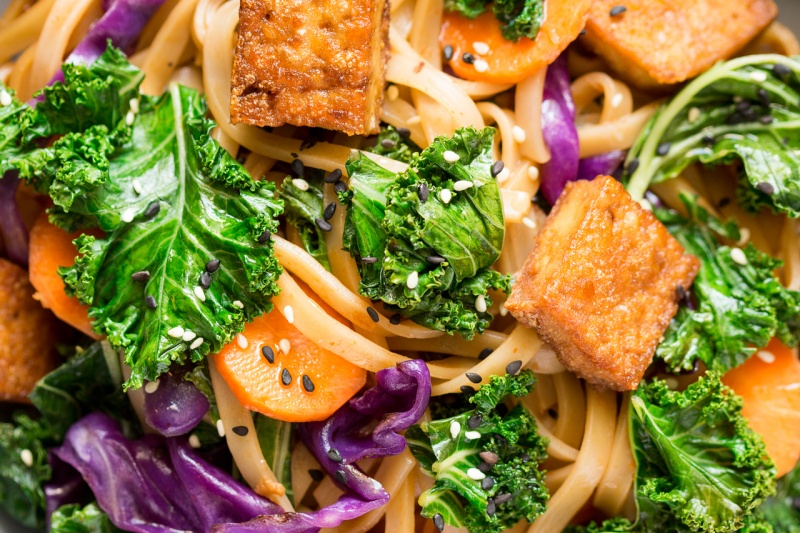 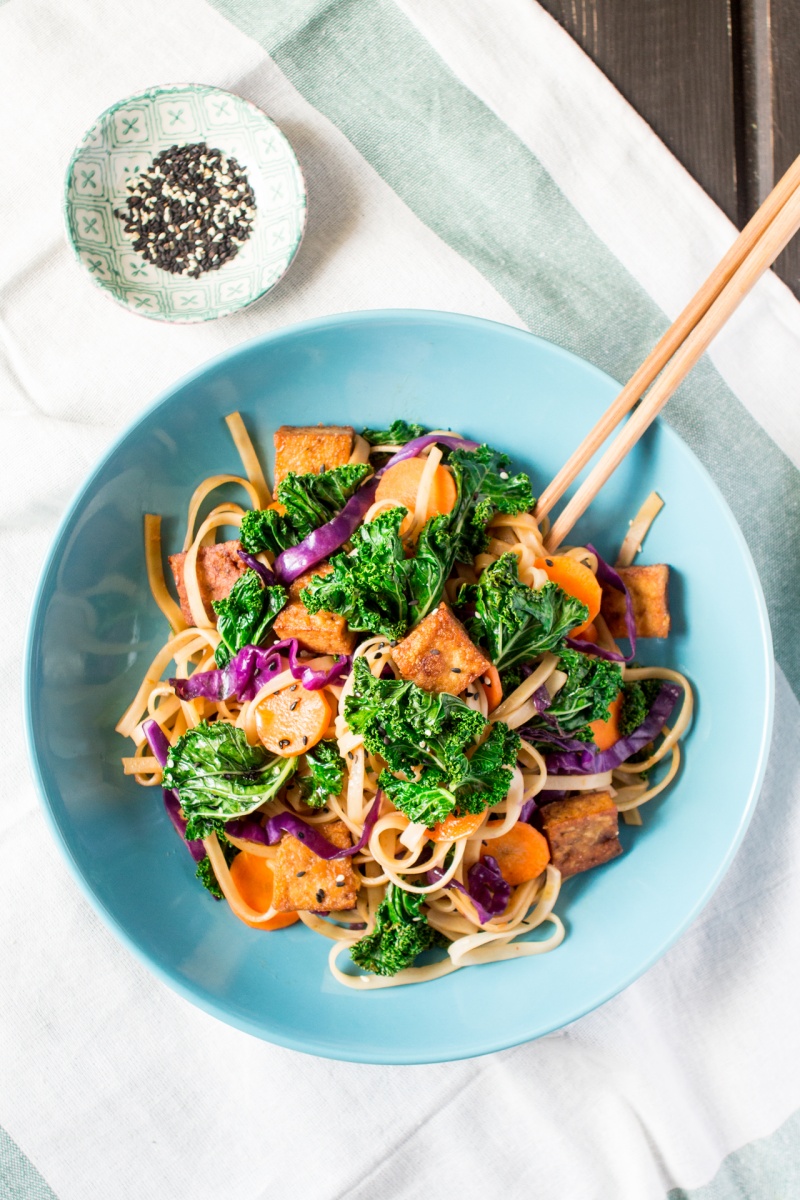 METHOD
NOTES
* To press the tofu, you either need a special tofu press or you can do it with a bunch of kitchen towels and a heavy weight. Wrap your tofu in a paper towel, place it on a plate and weigh it down with something heavy (like a can of coconut milk, for example). Once the paper towel becomes wet, change it for a new one. Repeat a few times until the paper towel stays almost dry. Pressed tofu is tastier as it absorbs flavours better.

** If you want to make this recipe gluten-free, make sure your miso paste is gluten-free and substitute soya sauce for tamari. 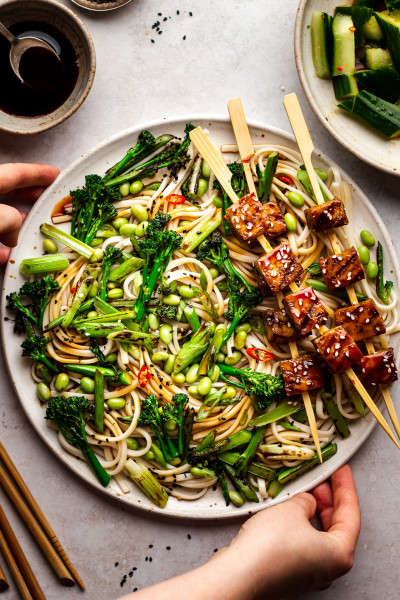 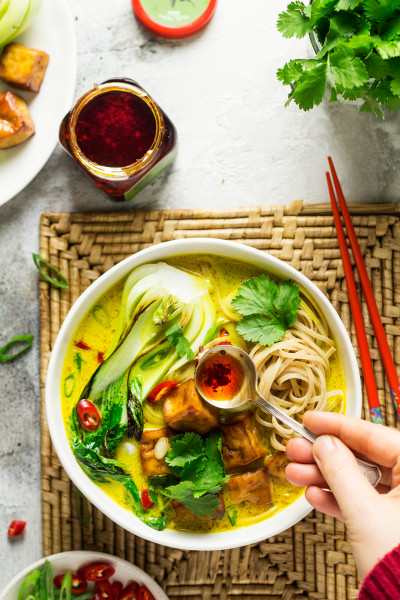 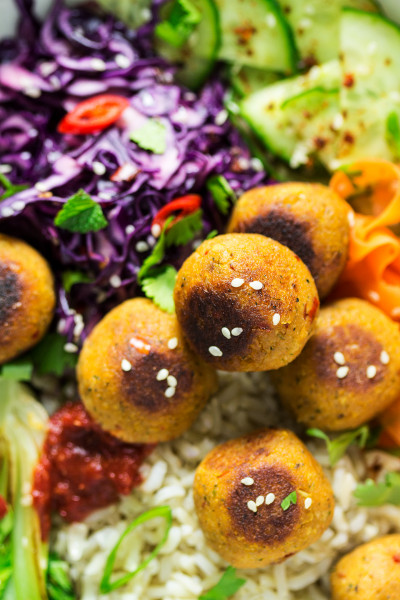 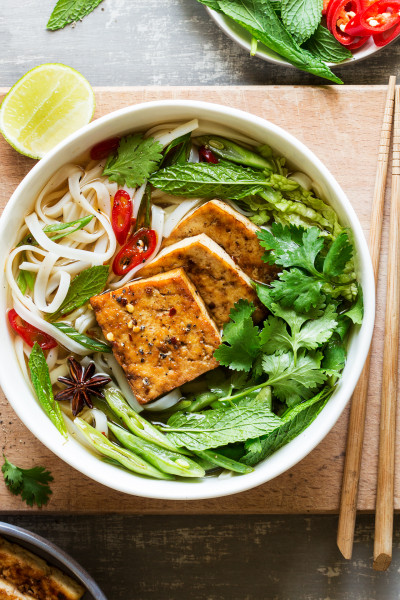 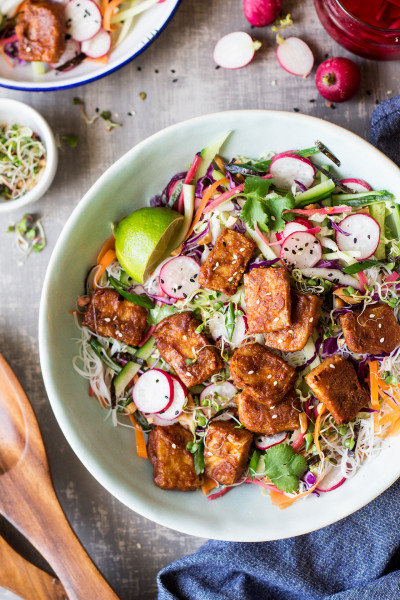 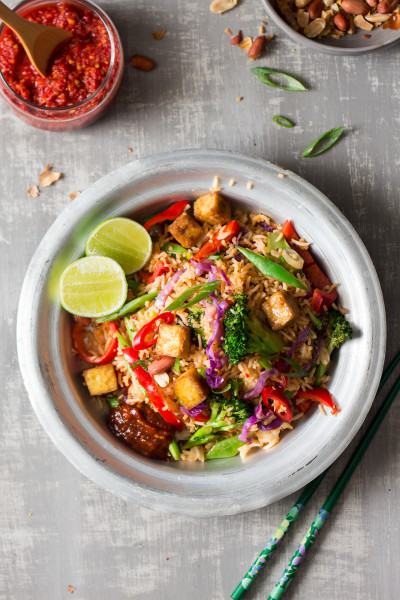 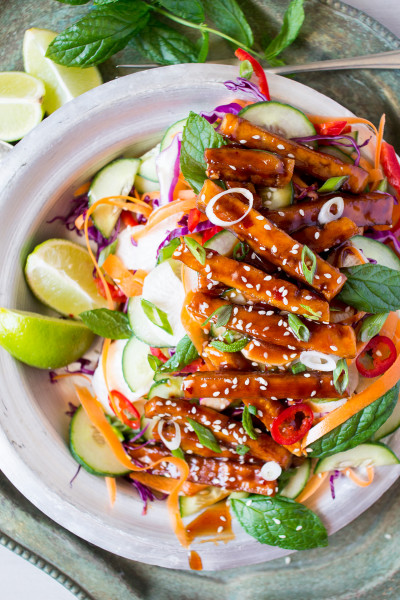 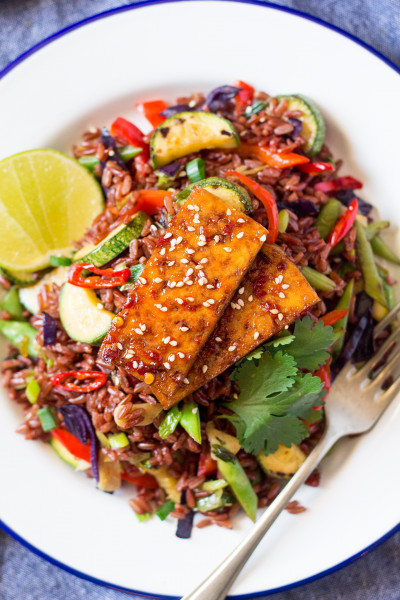 5.0
3 reviews, 5 comments
REVIEWS & QUESTIONS
Susan:
REPLY
I loved the combination of miso and maple in the sauce, and the noodles had so much beautiful colour thanks to all the veggies.

Megan:
REPLY
This is such a yummy recipe, so full of flavor! I have been loving bright colored food, so I used red Kale, and purple, orange and yellow carrots, it was beautiful as well as delicious! Thanks for the awesome recipe.

Shane:
REPLY
I love how easy it is to follow your recipe, and how precise you are.

Ania:
REPLY
Thanks Shane! I try to make my recipes as accessible to everyone as I can. Hope you'll make it and if you do, let me know how you liked it. :)

Samantha:
REPLY
Sounds and looks fantastic! Just bought myself some tempeh and this is the perfect recipe!
Thanks for sharing,
Sam x

Ania:
REPLY
Thanks Sam, glad to hear that. So jealous of your tempeh :) (cannot get it here)!