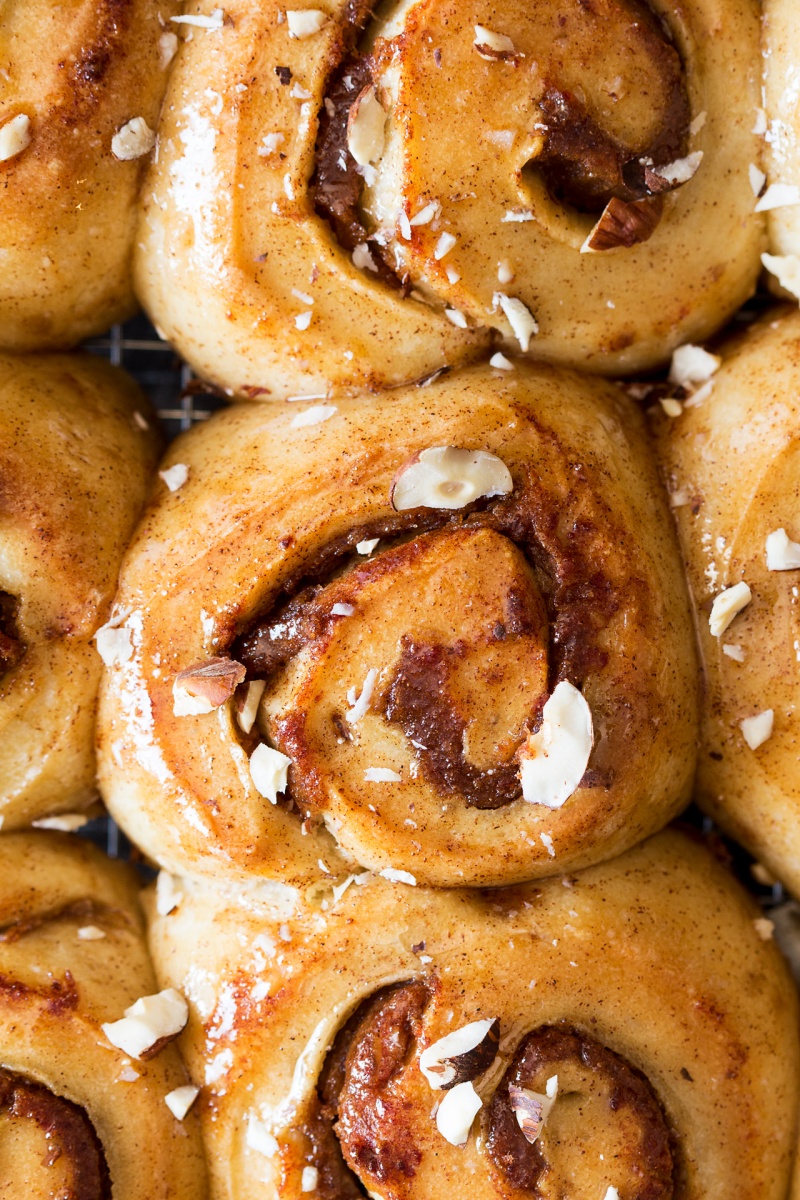 I’ve always been a coffee person. I was born in Melbourne, which is a place of outstanding coffee so I’ve grown up loving the ritual of meeting friends in the cafe for coffee.

Later in my life, when I had an irregular heart rhythm I was told that I wouldn’t ever be able to consume caffeine or alcohol for the rest of my life. Imagine that?!? My friends were devastated for me: “You can’t drink alcohol anymore? That is terrible! What are you going to do when you go out?”

But the reality was that I missed the coffee way, way more. After one year of abstinence, when I had a successful procedure and I was given the all-clear to enjoy what I wanted, everyone expected me to go straight down the pub. In fact the first thing I did was to go out and have coffee and some cinnamon rolls.

I still remember that moment vividly. This is why cinnamon buns and coffee have a special meaning for me, a celebration of a long drama ending but, more importantly, a celebration of coffee and the wonders that it brings! Today’s recipe is a sugar-free dedication to this wondrous urban ritual…

These sugar-free cinnamon rolls took us a few goes to get perfect. Initially we started using wholemeal flour but we just couldn’t get them to be fluffy or cake-like. They were OK, but they were a little bit dry and bread-like. On our third go we got the mix perfect, and, although we gave away most of the previous batches, we ate all of the final batch.

We’re really happy with this recipe because the natural sweetness of the dates gives the bun a large amount of its sweetness and it just needs a small amount of maple syrup in the mixture and glaze to make the buns perfectly balanced. I recommend enjoying them on a sunny terrace with a large mug of quality black coffee.

PS: If you make my sugar-free cinnamon rolls, don’t forget to tag me on Instagram as @lazycatkitchen and use the #lazycatkitchen hashtag. I love seeing your takes on my recipes! 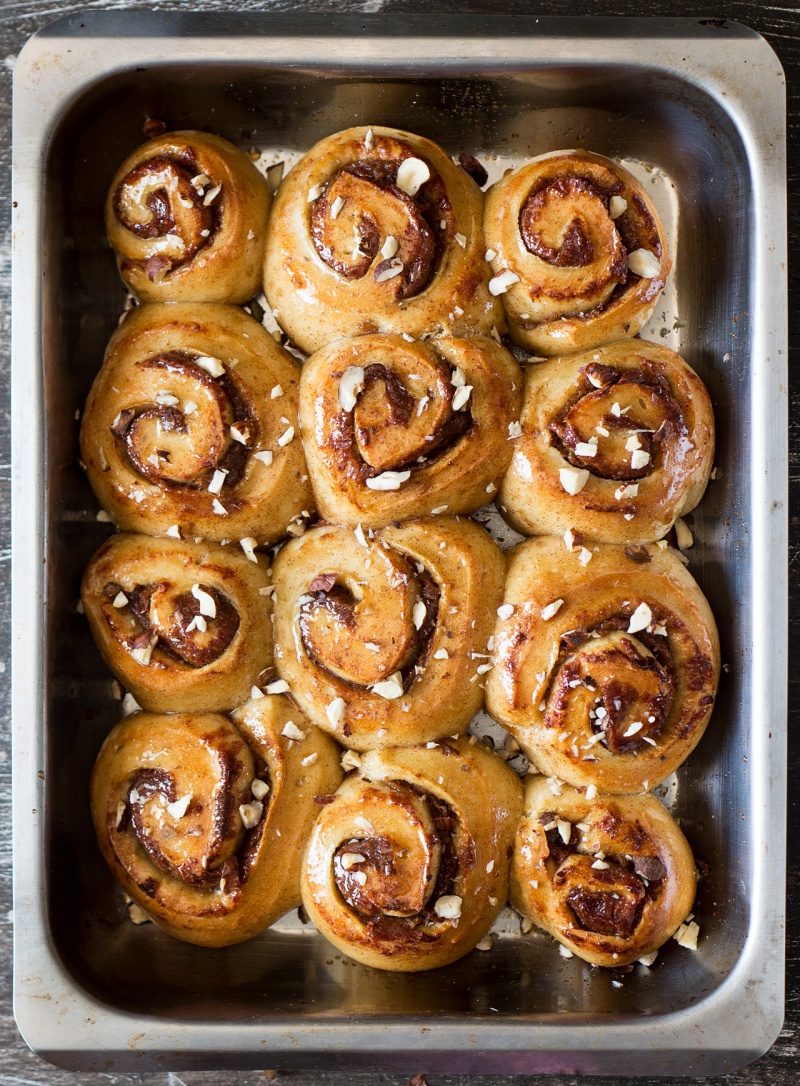 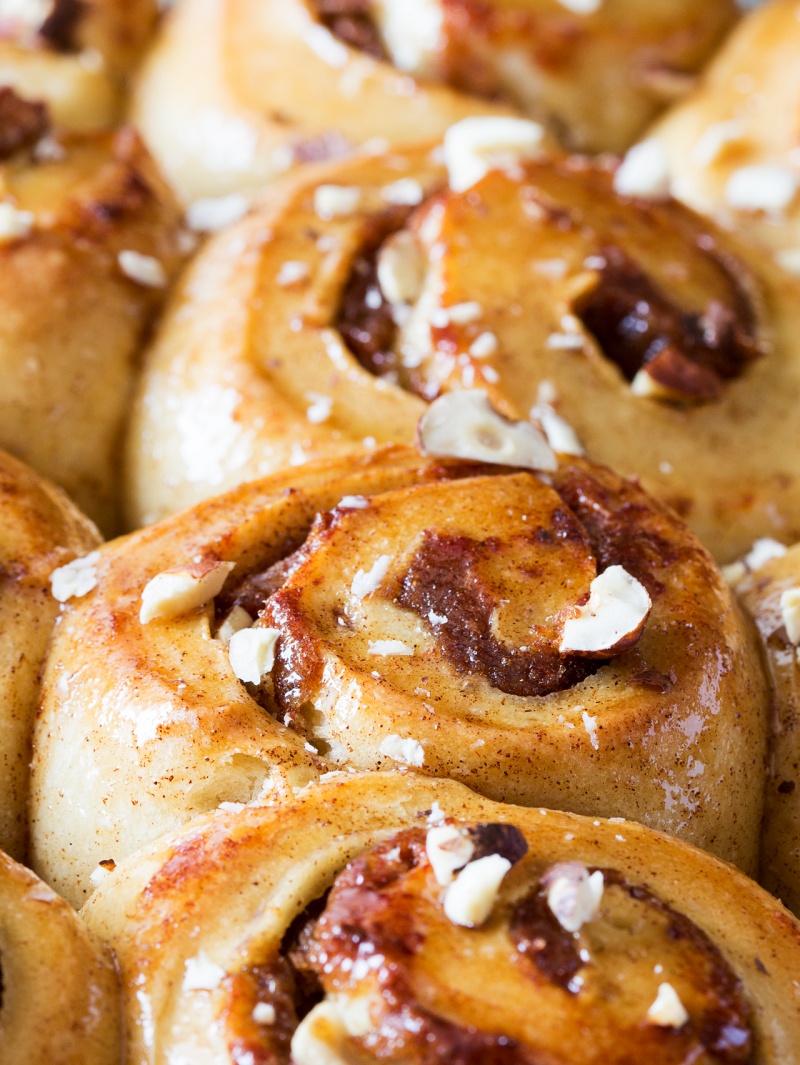 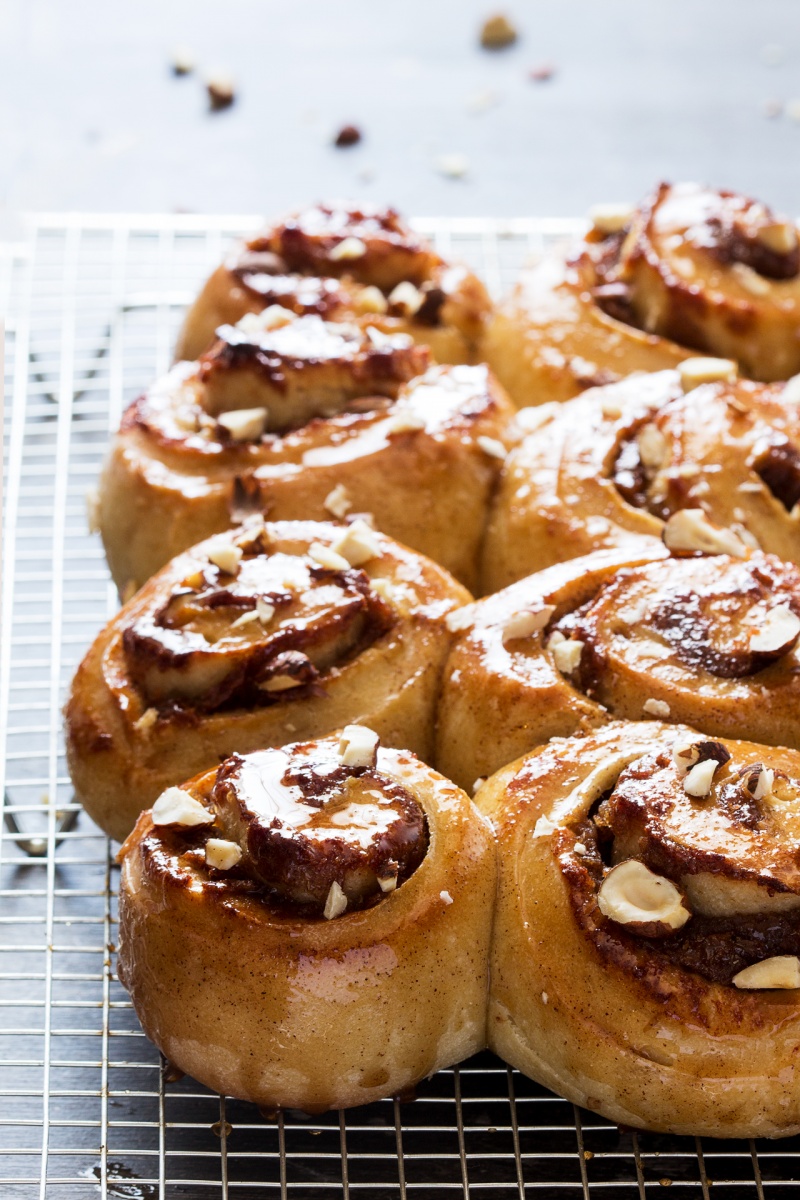 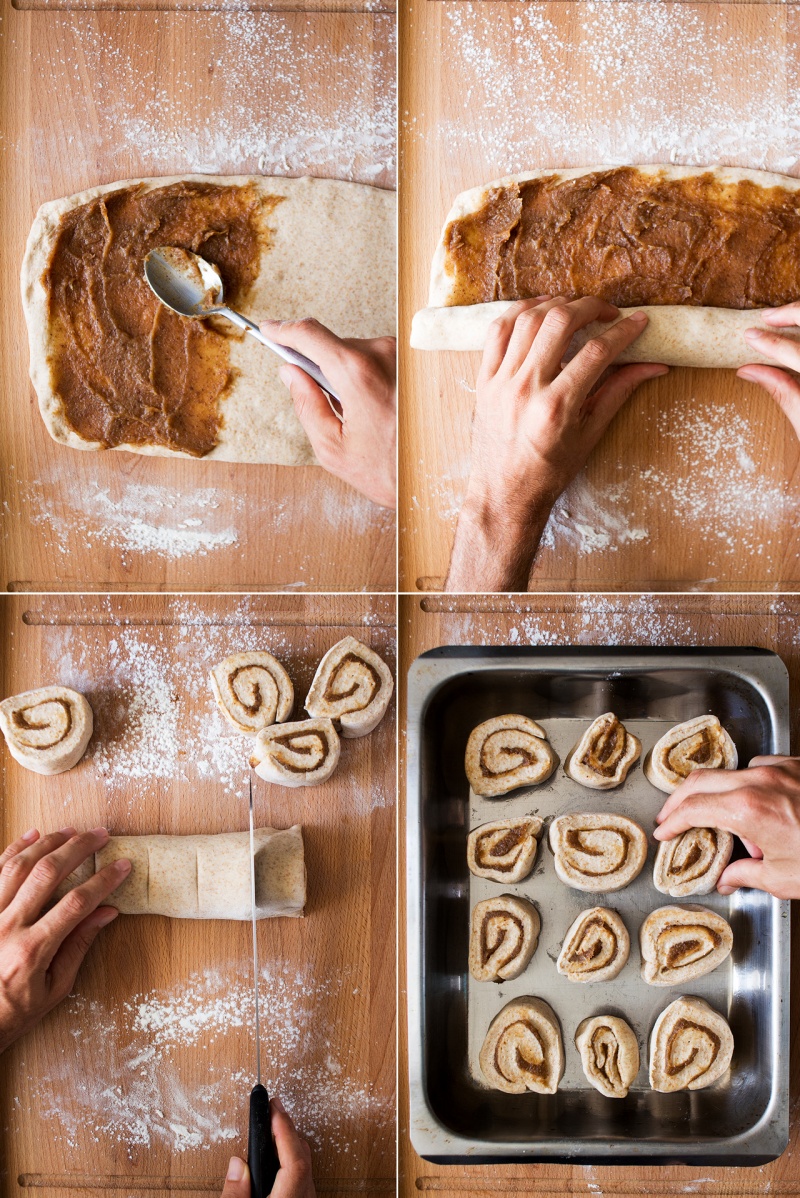 *Although you can use wholewheat flour, the buns will have a harder, breadier texture.
**These can be made with or without aquafaba. 3 tbsp of aquafaba substitues 1 egg that is often used in the traditional cinnamon buns and it makes them a bit more delicate. We have, however, made these many times before we learned about the wonders of aquafaba and they were also very good. If not using aquafaba, use 300 ml (45 ml instead of aquafaba + 255 ml as per the recipe) of almond milk instead.
If you want more info on some of the ingredients that we use in our recipes, check out our glossary.
SHARE

Hi, I'm Ania. I love good food but I love animals more! Adopting a plant-based diet has been the best decision I've made and that's how this blog was born. It's a space where I want to show you that creating delicious plant-based food isn't actually hard at all.
END_OF_DOCUMENT_TOKEN_TO_BE_REPLACED