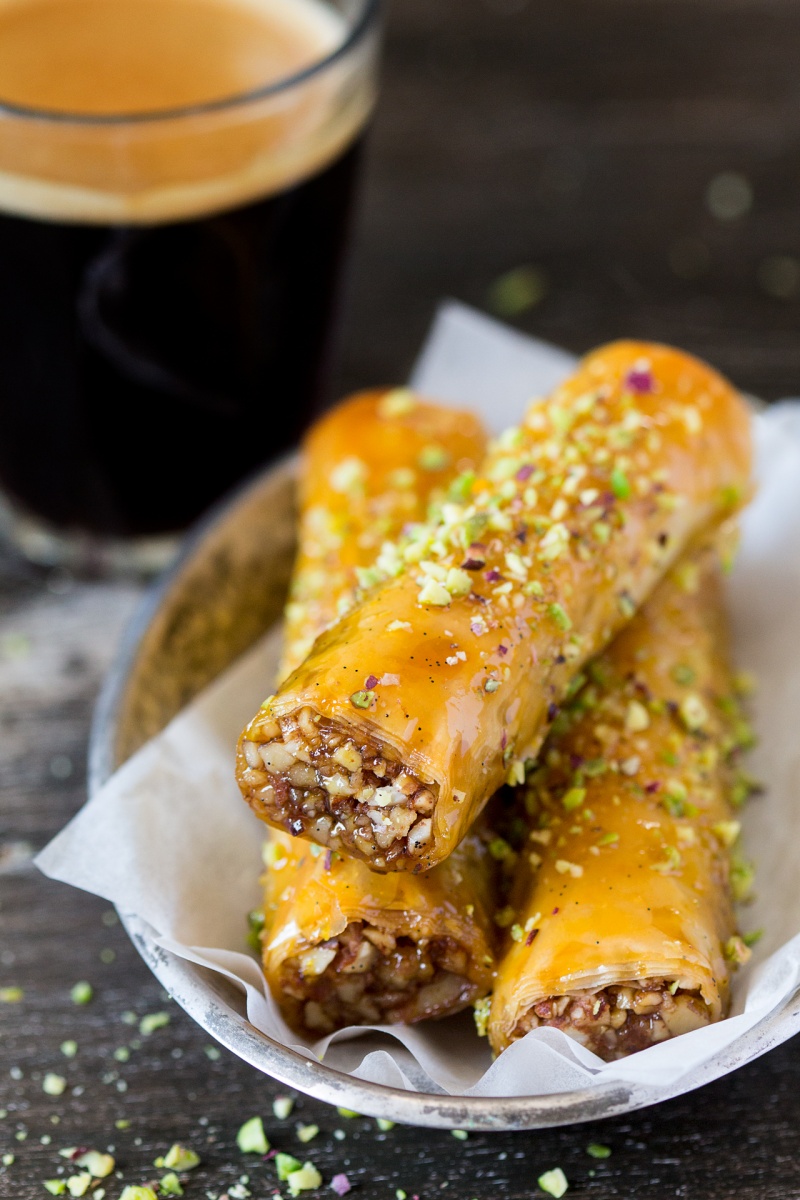 Baklava is one of these things that I did not use to like until I came of age. When my gran brought it back from one of her travels to Turkey when I was young, I pronounced it ‘too sweet’ (can you believe it?) while shoving a handful of nasty, perfumed, artificially-coloured, heart-shaped sweets into my face. Classy, eh? 🙂

When I moved to London, I got to taste this Middle-Eastern treat again and fell in love with it immediately. I was lucky enough to live near one of the most famous baklava destinations and going out for a piece of baklava and an espresso had become a weekend ritual for me and my then boyfriend.

I have to agree with my younger self, on its own baklava may send your taste buds into a sensory overload, but when paired with strong, black coffee it really hits the spot. Baklava is very popular in Greece too and if not for the fact that I’m vegan, I would be tempted to simply buy it from time to time. Unfortunately, as most baklava contains a prolific amount of butter (and often honey), I now make my own when the craving strikes.

It’s really quite easy to make so please don’t be intimidated. Plus, even though these vegan baklava cigars obviously aren’t a health food, they are way healthier than traditional baklava (yet just as indulgent). I used a small amount of mild olive oil instead of melted butter and maple syrup instead of sugar and honey. Learning from my previous attempts, I brushed every pastry sheet with only a small amount of oil to get a crispy and grease-free end result and I’m pleased to say that all four of my taste testers made loads of approving noises during consumption so I’m confident you’ll love them too.

PS: If you make this vegan baklava cigars, don’t forget to tag me on Instagram as @lazycatkitchen and use the #lazycatkitchen hashtag. I love seeing your takes on my recipes! 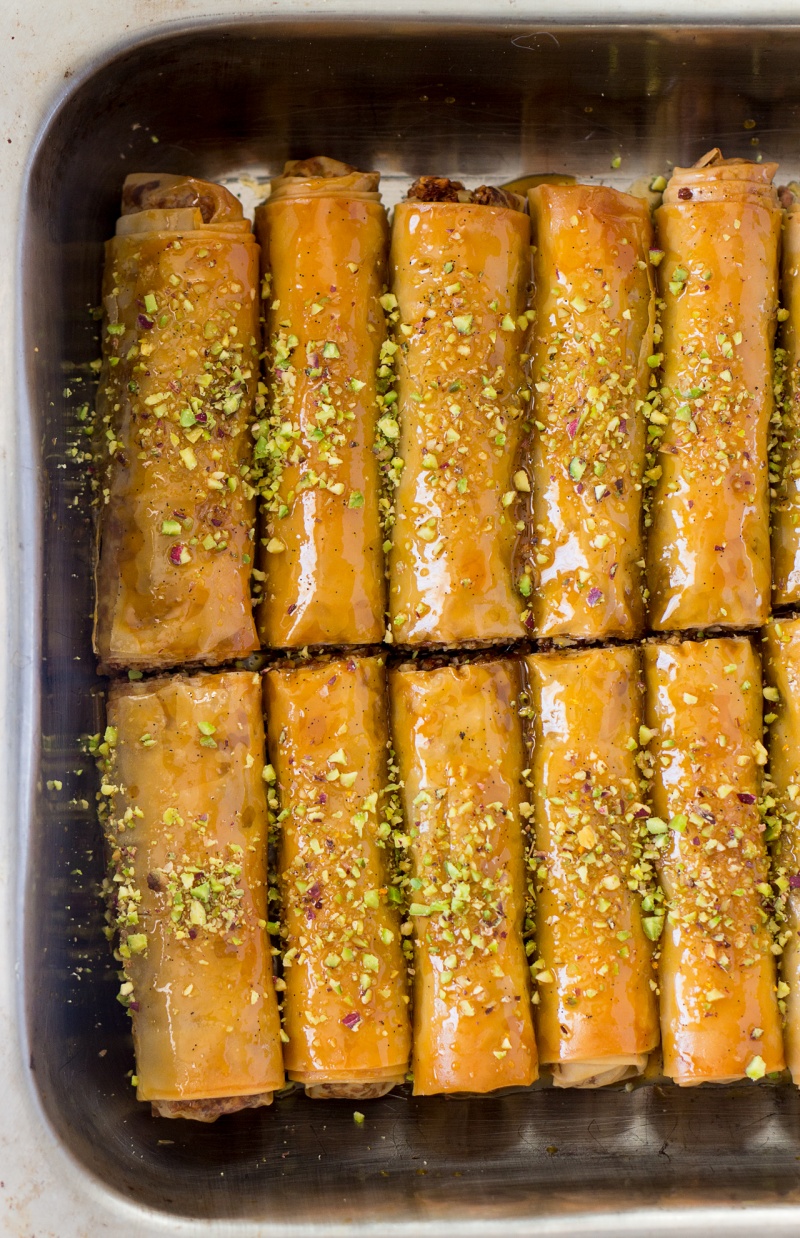 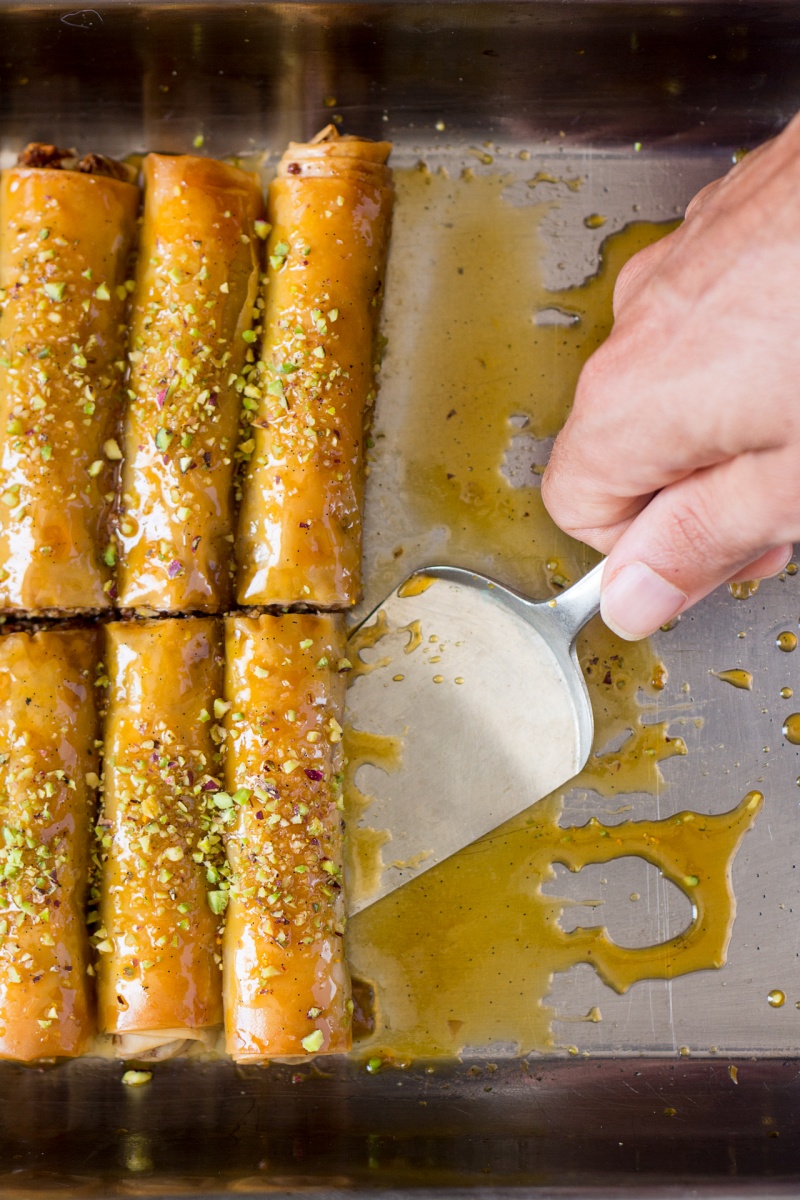 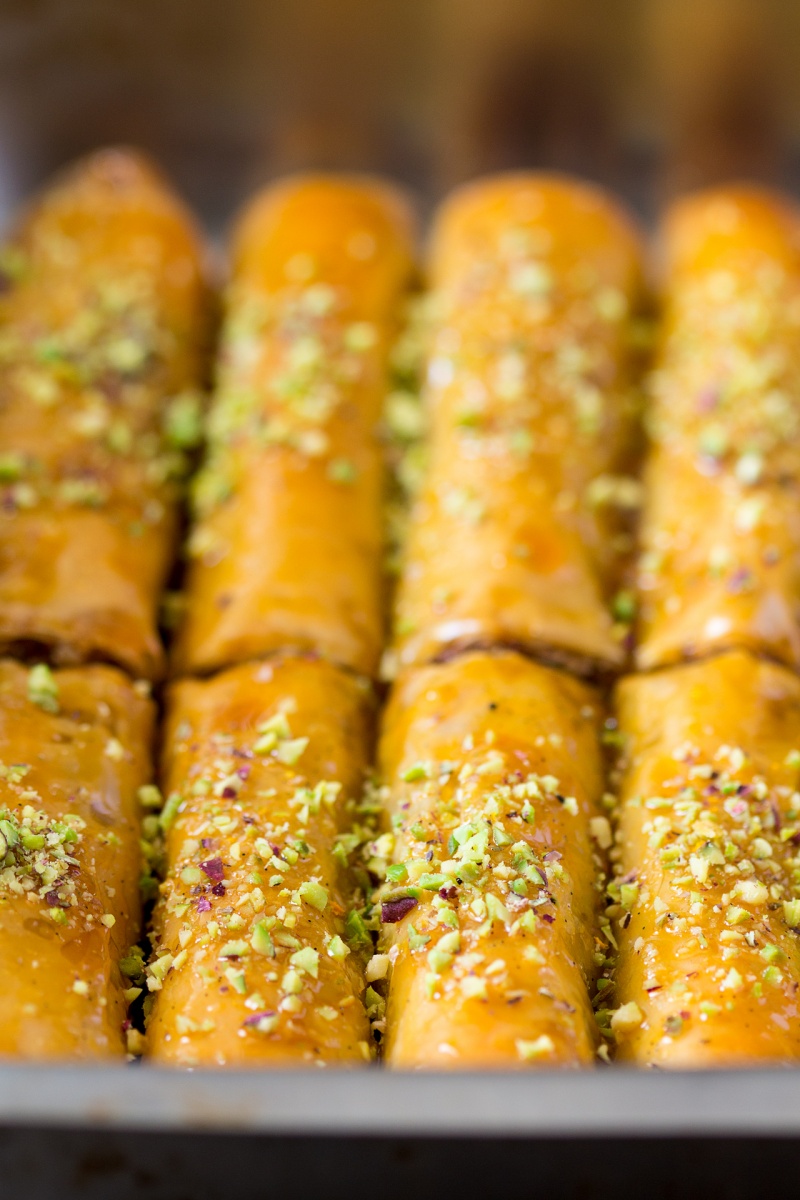 *The day before you intend to make your baklava cigars, place your frozen (unless you use fresh, in which case no need to worry about this step) filo into the fridge to allow it to thaw slowly. My filo came in 2 rolls of 6 sheets so I only thawed one roll for this dessert (and used 3 sheets) and kept the other one in the freezer.
If you want more info on some of the ingredients that we use in our recipes, check out our glossary.
SHARE

Hi, I'm Ania. I love good food but I love animals more! Adopting a plant-based diet has been the best decision I've made and that's how this blog was born. It's a space where I want to show you that creating delicious plant-based food isn't actually hard at all.
END_OF_DOCUMENT_TOKEN_TO_BE_REPLACED