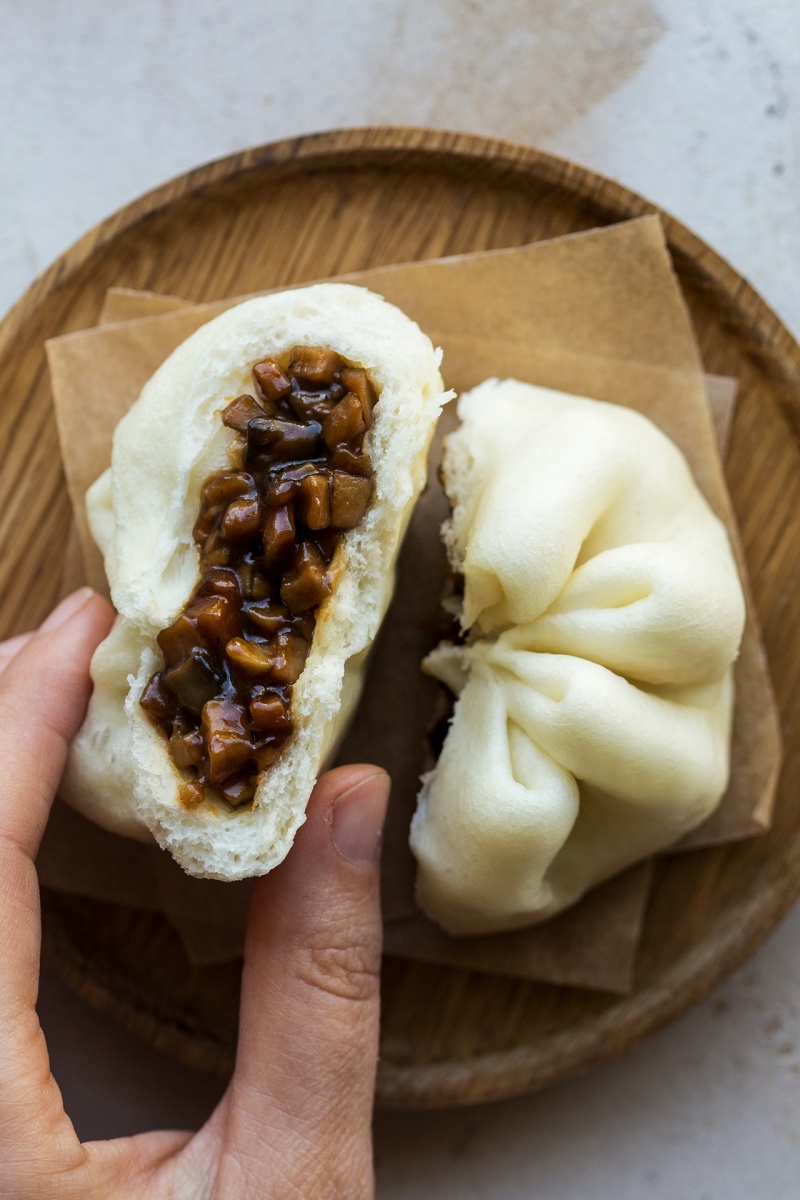 Whenever I make any kind of dumplings, my mind wanders to my late grandma. I feel like we would really bond over our love of cooking if she was still alive today. She was a real dumpling queen and I have never ever had dumplings better than hers and that’s not just me being sentimental. I remember her best with flour all over her hands and a headscarf over her hair, kneading yet another 100 dumplings that the whole family was trying to get their hands on as soon as they were done. I spent so many hours at her kitchen table watching her work that even though I did not discover cooking until long after she died, I feel like I must have absorbed some of her passion and knowledge through osmosis 😉 .

My grandma was a complex character. Her youth was stolen by World War II. The love of her life was shot in battle when he was only 18 years old and I don’t think she ever recovered from that. Her life was hard and she was tough. She worked at the local post office during the war and she famously slapped a German officer who tried to put his hand under her top. It’s a miracle she got to be a grandmother at all. The woman had courage!

She was a tomboy and was not really a touchy-feely person. I always felt that she preferred my brother to me, perhaps because she had two sons herself so she knew how to handle boys. I was a sensitive kid who took after my mum and my mum wasn’t her favourite person. This dynamic was tricky for us kids, especially that my mum is the kindest and most selfless person you’ll ever meet and I remember her being upset by some of the grandma’s less well judged moves. Their relationship very much fell under the classic wife and mother-in-law stereotype and it would have been okay, I guess, if not for the fact that we all lived in the same big house together.

I also have a feeling that she would totally understand our love for Tina, something that most of my family does not really get. She used to feed lots of strays in our neighbourhood and hang a large slice of lard on a tree outside our house for tomtits (little birds) during harsh Polish winters. In hindsight I realise that she loved cats ‘cos she was a bit of a cat herself. Despite her tough exterior, she could be moody at times.

She was generous with food and that’s how she expressed her love for people. She used to organise elaborate lunches for her female friends that my brother and myself loved attending as kids (we were sometimes invited) ‘cos the food was delicious and there was plenty of it – my gran would always pull out all the stops. I miss those days sometimes!

These fluffy little buns filled with a sticky ‘pork’ filling have been on my to-do list since this recipe. They are not hard to make at all, but quite hard to take photographs of (it’s hard not to overprove the dough when shooting process shots), which is why I dragged my feet a bit.

For the dough, I used the single proofing method by the lovely Elaine from this gorgeous blog with Chinese cuisine. It worked a treat and it’s a perfect method when you want to be able to tuck into one of these beauties real quick.

One word of warning though. This recipe makes 12 buns so make sure your steamer (a bamboo one is best) is big enough before you make the dough. I only have a small bamboo steamer that holds 6 buns at a time, which meant that the latter 6 had to wait for about 40 minutes before going in, which resulted in them getting a bit yeasty because it was a warm day and they over proofed.

PS: If you make my vegan char siu bao, don’t forget to tag me on Instagram as @lazycatkitchen and use the #lazycatkitchen hashtag. I love seeing your takes on my recipes! 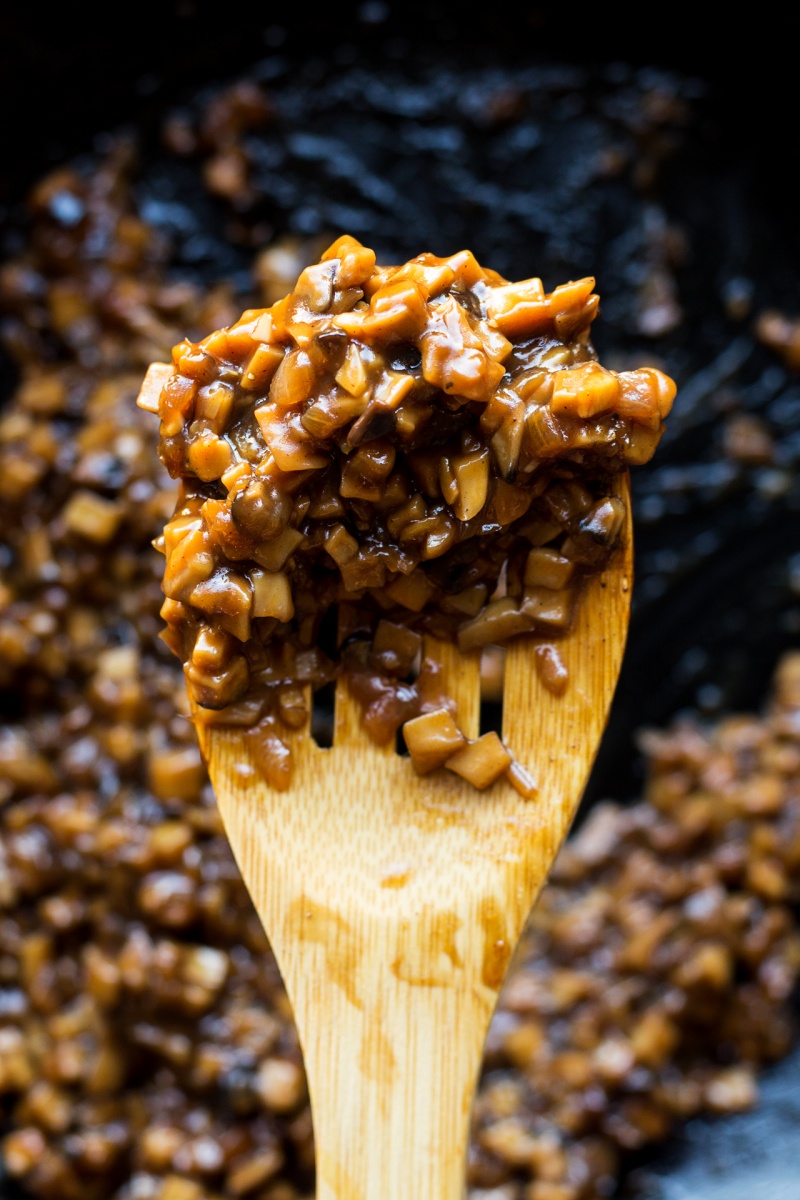 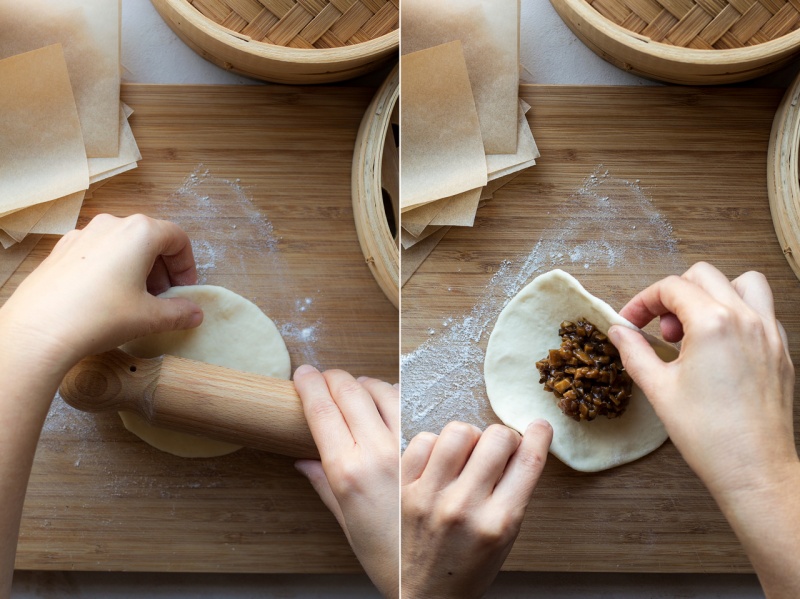 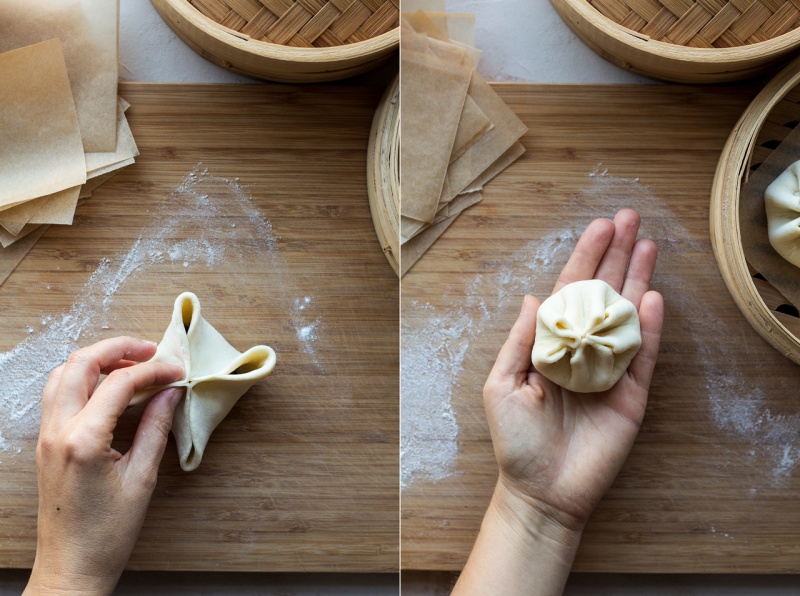 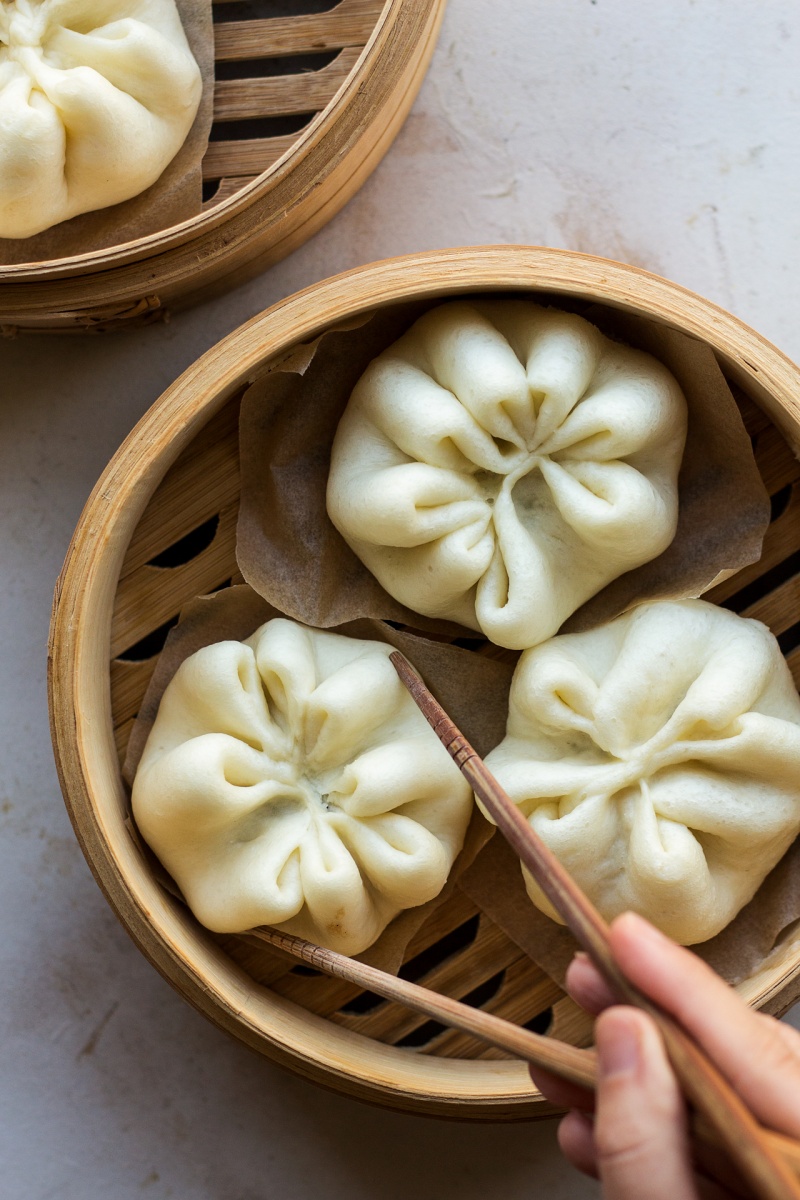 *The amount of sugar is up to you. Traditionally these are quite sweet, but I only used about 2 tsp in my dough and I did not feel like any more was needed, especially that the filling was quite sweet too.

**This recipe works well with lower water content mushrooms like king oyster. As king oyster mushrooms can be tricky to get, I have also tested this recipe using baby chestnuts. I personally like them in these but please be aware that they impart more of a “mushroomy” taste than the king oyster mushrooms, which some people may find undesirable in this dish. You can also use cubed firm tofu instead. I also tested tempeh, but I felt like it’s distinct flavour was a touch overpowering.

***You can find details of the alternate double proofing method here.

The single proofing method has been adapted from this recipe.

Hi, I'm Ania. I love good food but I love animals more! Adopting a plant-based diet has been the best decision I've made and that's how this blog was born. It's a space where I want to show you that creating delicious plant-based food isn't actually hard at all.
END_OF_DOCUMENT_TOKEN_TO_BE_REPLACED