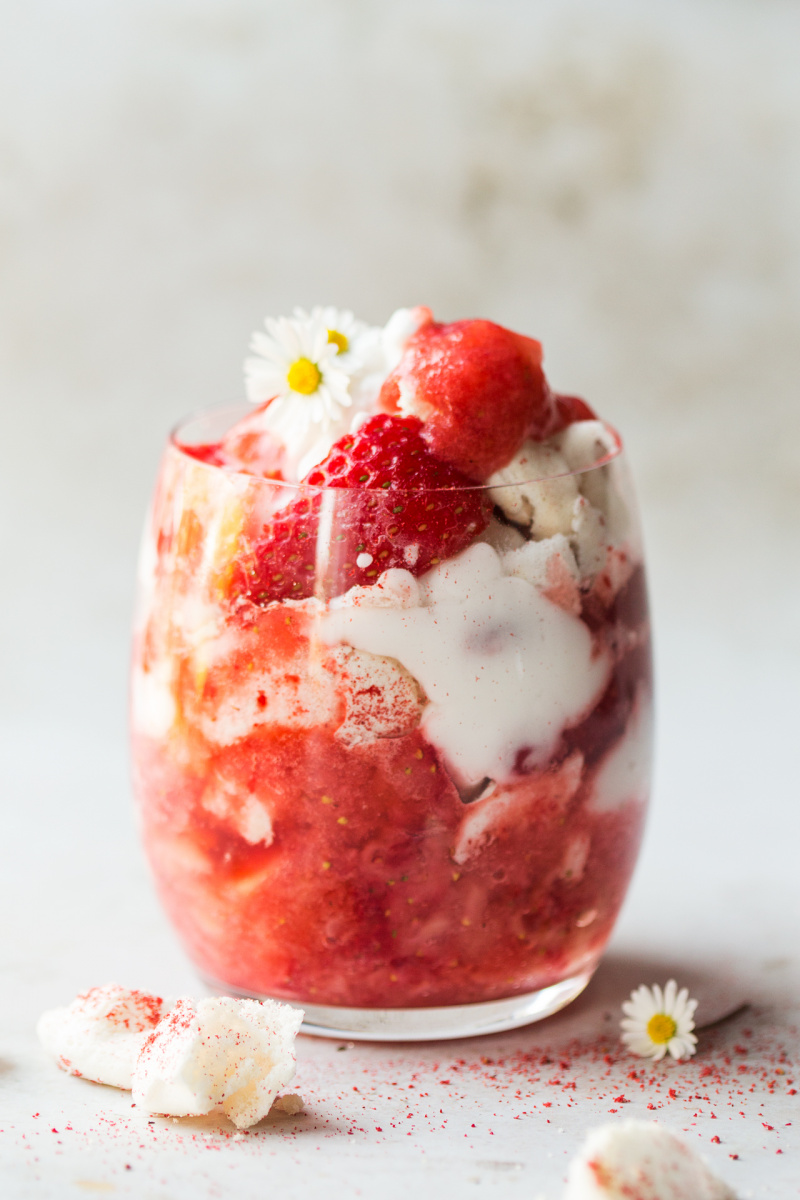 Life has a habit of dropping you down a peg (or two) from time to time, showing you how fragile everything you hold dear is, or maybe making you appreciate the things that matter and stop sweating the smaller stuff…This is exactly what happened to us this week, starting from 2 AM on Thursday.

Thursday night, I am suddenly jerked awake by Duncan doubling over in pain on the other side of the bed. For a second, I think he is having a nightmare. He is screaming in pain, but it sounds like he is underwater. He cannot breathe, he cannot speak, he cannot move and he is turning grey. I try to find out what is going on, but he is unable to speak, he just keeps on clutching his chest and making muffled pain sounds. Time stands still. I’ve never seen him like this – I am terrified that he is going to die. I call an ambulance.

Just before the ambulance arrives, his pain lessens considerably and he is able to explain his symptoms to me. He starts questioning if calling an ambulance was a good move. He is still in a lot of pain when he tries to breathe in deeper, but nothing like he was when the pain started. He is even starting to crack jokes. Too late, I say, we are going to Accident and Emergency (A&E) no matter what. There is no way I am risking you having an episode like this again.

When the paramedics arrive, he looks almost back to normal. We tell them what happened and that he has been recovering from pleurisy for the past week, yet they seem to think that what he has matches pericarditis (which it later turns out is completely wrong, btw). They don’t appear to think that what he has is that serious, yet I wonder if they would have been that chilled out if they had turned up 15 minutes earlier.

Once in A&E, we are clearly not an emergency anymore, so we have to wait till 8 AM to be seen by a doctor. The staff are great, by the way, but clearly overwhelmed by the number of patients on file. After 8 AM things are starting to move forward. After we see the first doctor, another one comes over and we are moved out of A&E into an assessment ward. Every one or two hours, something happens. A doctor comes to talk to us, someone gets Duncan’s blood, does his ECG, an X-ray, but everything is moving quite slowly. We keep on being told that we are soon going to be discharged, but the goalposts keep moving.

Our doctor is honest with us, he does not fully understand what has caused the attack of sudden pain, but he brings in a senior doctor for a second opinion. Together, they decide to order a number of very specialist tests just in case, although they make it clear that they don’t think they will come back with anything but negative results. To their (and our) astonishment, one by one, they all come back positive. Twenty hours of staying put later we finally have a diagnosis – it’s a pulmonary embolism (or PE for short).

A CT scan shows that Duncan has not one but two blood clots in his left lung. This not good news at all and it suddenly dawns on us that he really was quite close to dying. We are both shell shocked but lack of sleep makes everything seem surreal.

What makes Duncan’s case so difficult to pin down is that as a vegan marathon runner (3:09 PB) he does not have any of the classic PE risk factors (this is something called: unprovoked PE). This is why the doctor isn’t sure what has caused the clots and more importantly if they will keep on forming in the future. At some point he says it could be cancer, we are both freaking out so he rushes to reassure us that it’s only about a 20% chance. Only 20% chance? That’s still pretty high!!!

The next step is to thin the blood and then to run a whole series of other tests and to consult with a range of specialists as an outpatient. We are finally discharged at 10 PM with a diagnosis, a referral and a prescription for a large dose of blood thinner, which is meant to dissolve existing clots and prevent further ones from forming before we get to the root cause of the problem.

We are sleep deprived and shell-shocked. We both hoped that there is a simple explanation for Thursday night, although deep down we both knew that something of this magnitude couldn’t have come from nowhere. Neither of us was prepared for the diagnosis of this caliber though. We go to bed devastated.

After we catch up on sleep, things start to look up a little. I do a little research online and it turns out that there is a fairly high incidence of blood clots among athletes. They can be a result of dehydration and tissue trauma, which are both associated with long distance races. As Duncan has just completed a strenuous 26K race only two weeks ago, I am hoping that this was the cause of the clots and that they are a freak accident. Duncan agrees that it is likely.

Still, this is just speculation and we won’t know for sure until all the experts have had a chance to examine him and give their opinion, so this is truly nerve wrecking for both of us, but for Duncan especially. He is a really great patient, does not get fazed too easily, is patient, appreciative and has a wonderful optimism and can-do attitude, but this thing is huge and it’s taken a bit of a toll on him, I can see that.

Myself and Tina (who was not impressed that we left her – luckily I had the foresight to fill her bowl – for 20 hours by herself) are rooting for him as he means the world to us and we know he will get through this. We also promise not to sweat the small stuff as none of is important really, only the people (and animals) you love are! We should remember that daily!

Oh and by the way, we cannot express our gratitude to the staff of Bristol Royal Infirmary hospital. Despite years of merciless NHS cuts (bloody Tories!!) and being worked to the bone, all the staff members we dealt with were truly wonderful – emphatic, capable and friendly. But the person who definitely needs a special mention is Dr Josh Tyrell Price, who worked tirelessly (14 hour shift!! until we left) to conclude Duncan’s case, deliver the diagnosis to him and give him all the necessary paperwork to take the case to the next stage. We are both incredibly grateful to him for his dedication and hard work.

Meanwhile, the sunny weather has finally made it to Bristol too, although it did lose its shine a little in the face of our recent health crisis, I’ll be honest. Now that we are back home from hospital, we plan to enjoy the weekend in our garden, patting Tina, drinking Greek iced coffees and stuffing our faces with vegan Eton mess – a simple summer dessert that features indulgent layers of juicy strawberries, cream and crunchy meringues. Below is my vegan take on this British classic, which I hope you’ll enjoy.

PS: If you make my vegan Eton mess, don’t forget to tag me on Instagram as @lazycatkitchen and use the #lazycatkitchen hashtag. I love seeing your takes on my recipes! 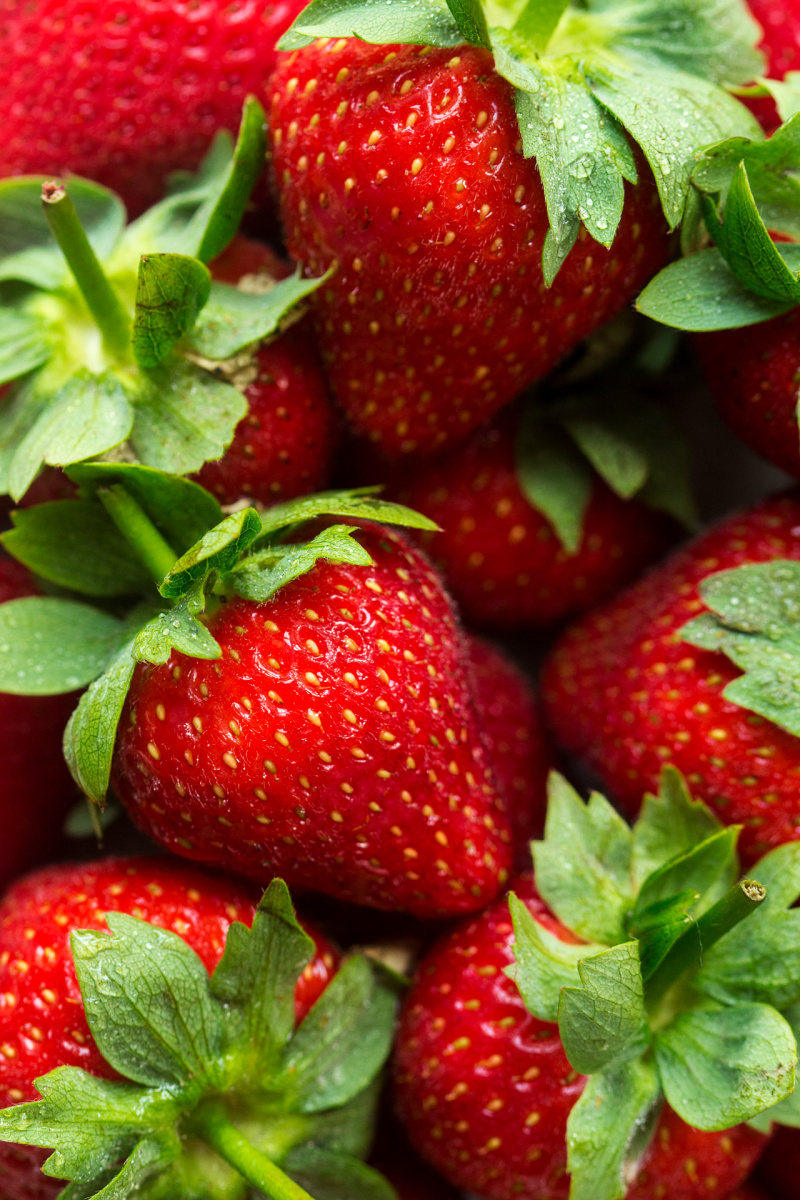 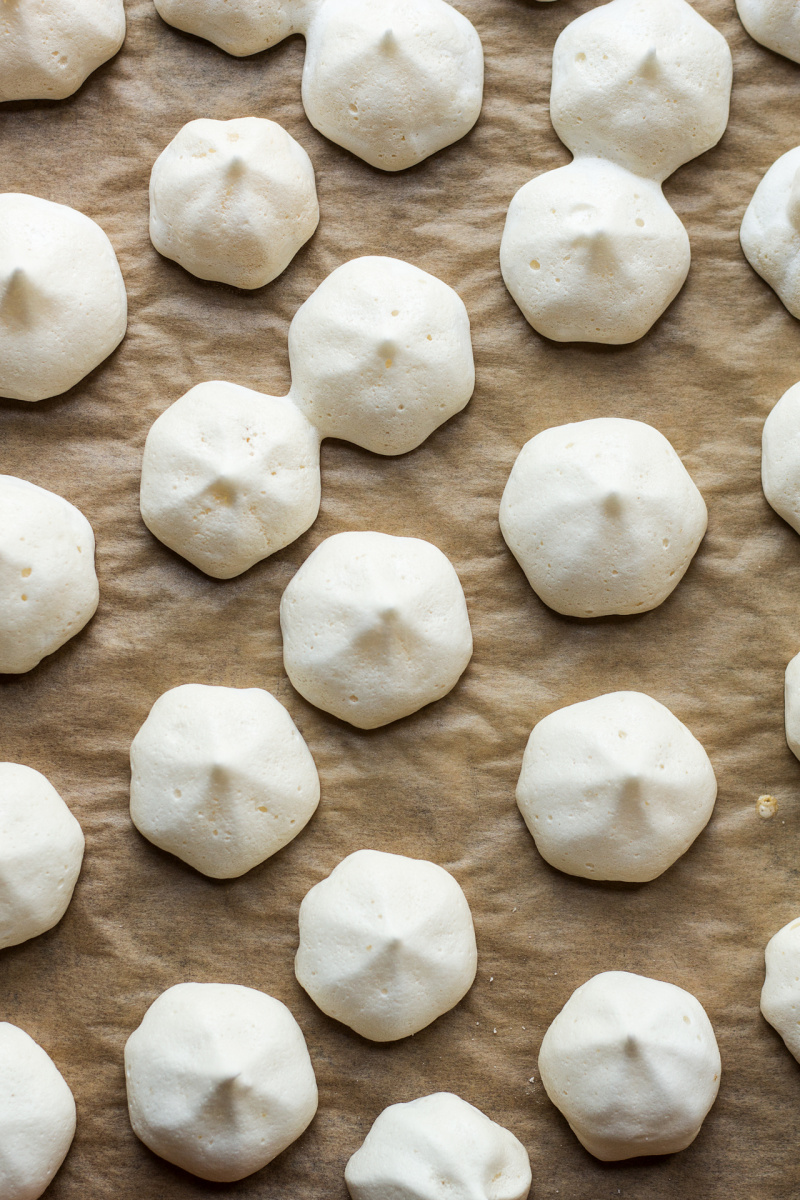 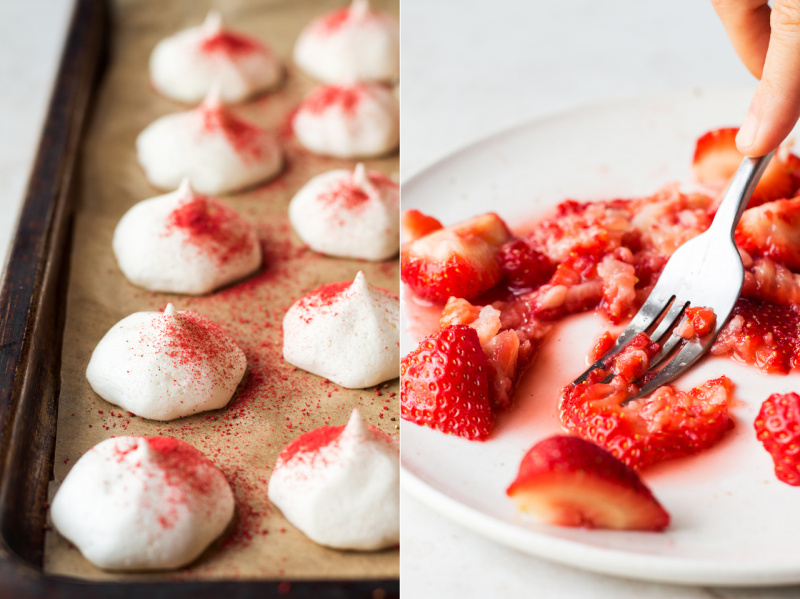 *If you cannot find a good, thick vegan yoghurt where you live, make simple cashew cream by blending softened (soaked in boiling water for 30 minutes) raw cashews and just enough water / plant milk (including full fat coconut milk, which will give you most indulgent cream) to create a thick mixture. Refrigerate the mixture to thicken. My method has been described in detail here except that in this recipe, there is no need to use any sweeteners as meringues contribute a lot of sweetness.

I dusted my meringues with dry-freeze strawberry powder, but that’s totally optional.

Hi, I'm Ania. I love good food but I love animals more! Adopting a plant-based diet has been the best decision I've made and that's how this blog was born. It's a space where I want to show you that creating delicious plant-based food isn't actually hard at all.
END_OF_DOCUMENT_TOKEN_TO_BE_REPLACED