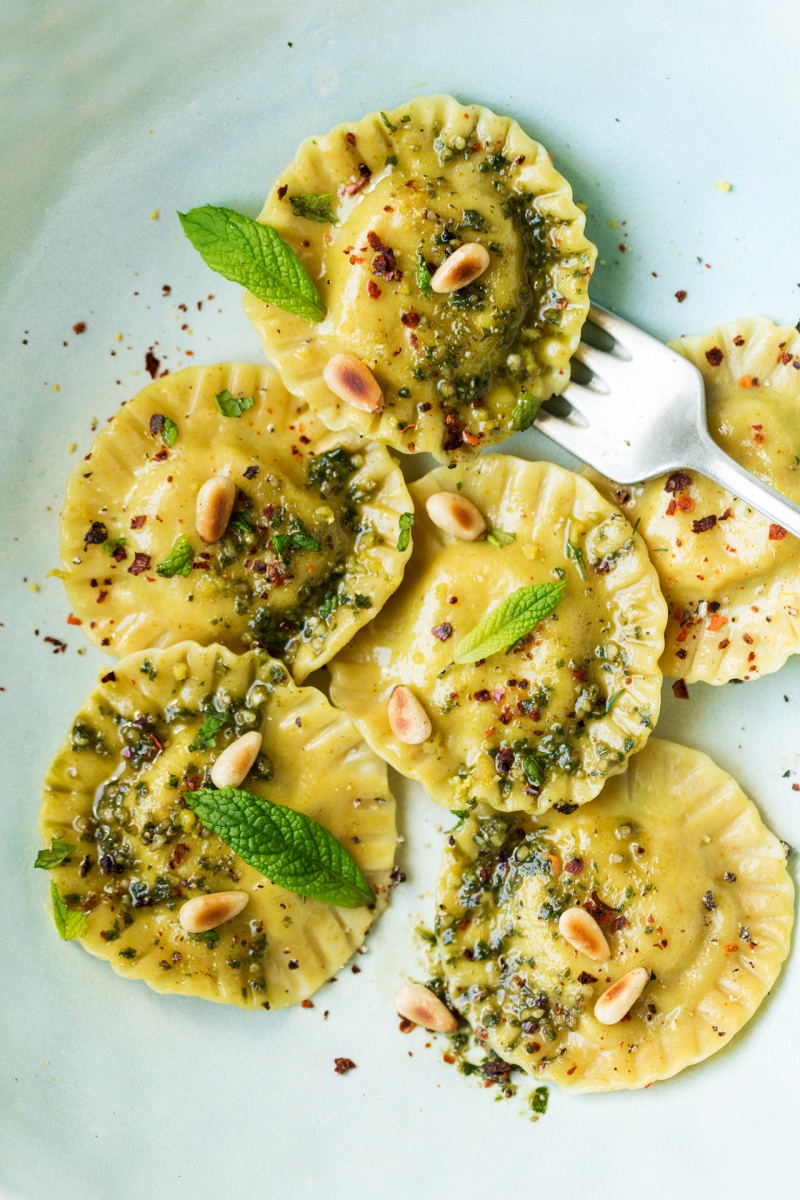 It’s been a while since I made ravioli. As broad beans (or fava beans as they are known in the US) have been in season here for a while now, I’ve decided that a batch of broad bean vegan ravioli would be a fitting tribute to the broad bean season. If they aren’t available where you live, I’m pretty sure you could use frozen green peas instead.

To preserve beautifully vibrant green colour of the filling, make sure you ‘shock’ freshly cooked beans in a bowl of icy water. Duncan walked in on me as I was smashing ice cubes out into a bowl of water. ‘What are you doing?’ he asked. ‘I’m ‘shocking’ broad beans’ I replied. He then leaned over the pot of cooking broad beans and whispered ‘all of the other vegetables hate you, especially the runner beans! They think you’re lazy…’

This is the kind of whimsical humour Duncan treats me to DAILY! Lucky girl, me 😉 As I might have mentioned, he used to be a stand-up comedian when we lived in London and he clearly needs an outlet 🙂 .

For vegan AND gluten-free ravioli dough, see THIS RECIPE. 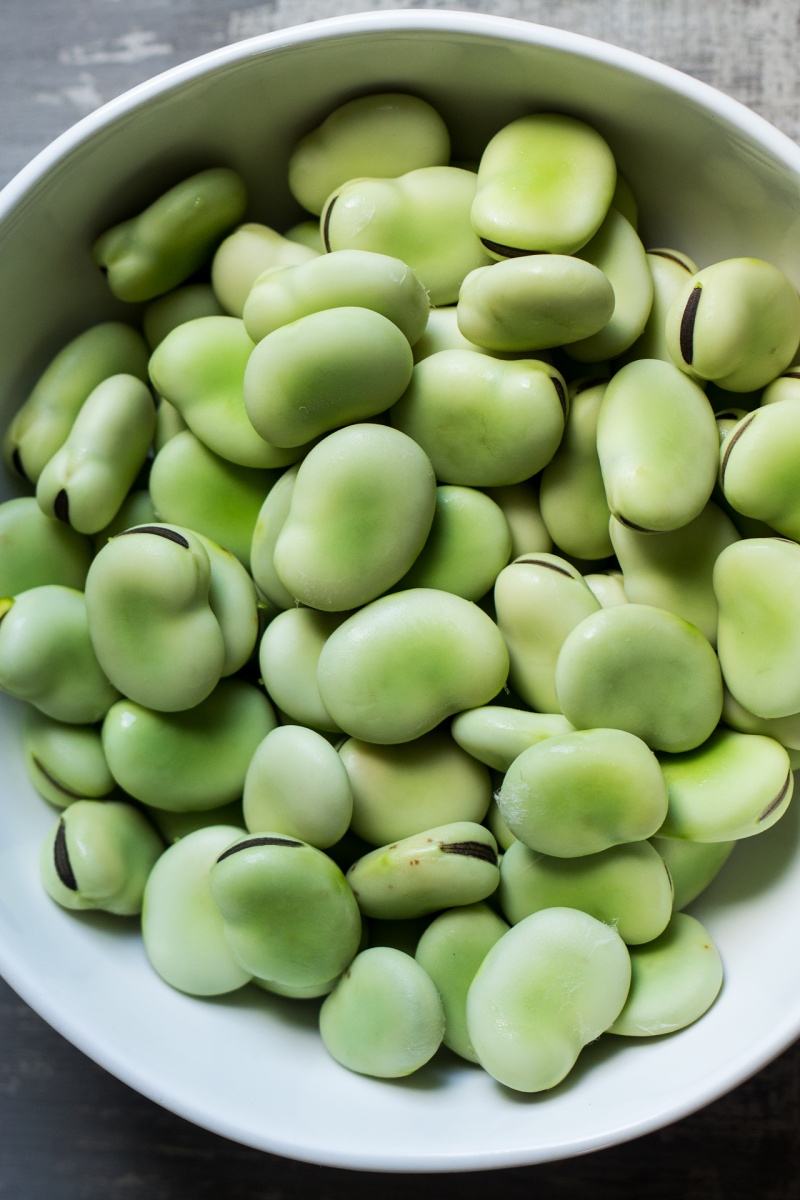 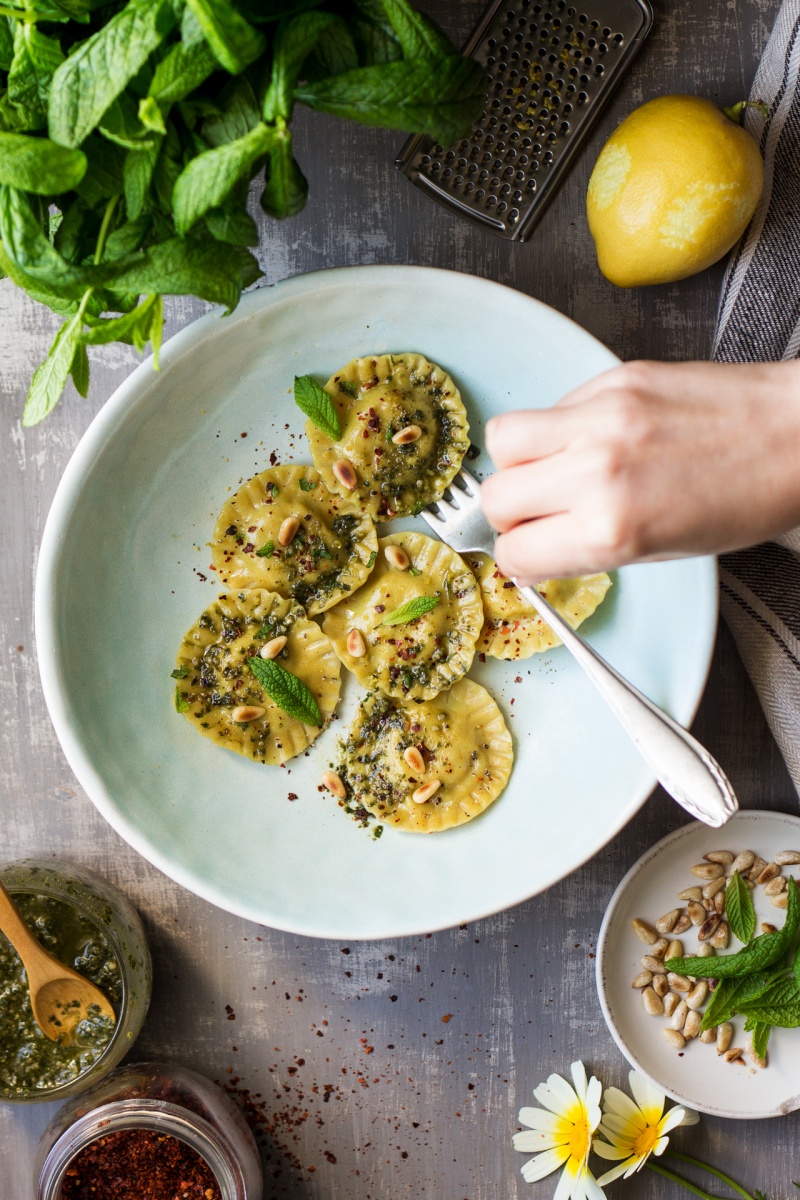 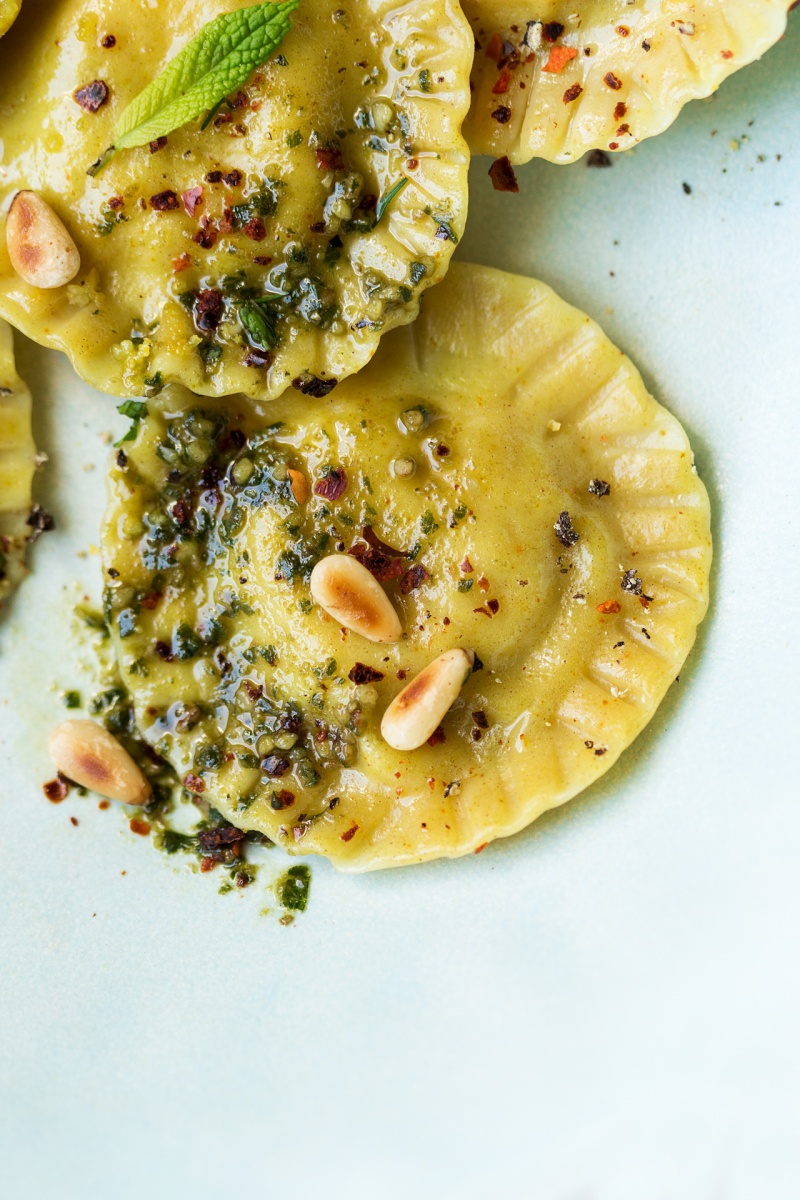 NOTES
For this application, aquafaba needs to be reduced to resemble egg whites in consistency. To reduce it simply simmer it (with no lid on) on the stove until excess water content evaporates and remaining liquid becomes thick and ALMOST jelly-like (similar to egg whites). Once reduced, cool aquafaba down completely before using.
SHARE
NUTRITIONAL INFO
calories
57
3%
sugars
1 g
1%
fats
1 g
1%
saturates
0 g
1%
proteins
3 g
6%
carbs
10 g
4%
*per raviolo
YOU MAY ALSO LIKE 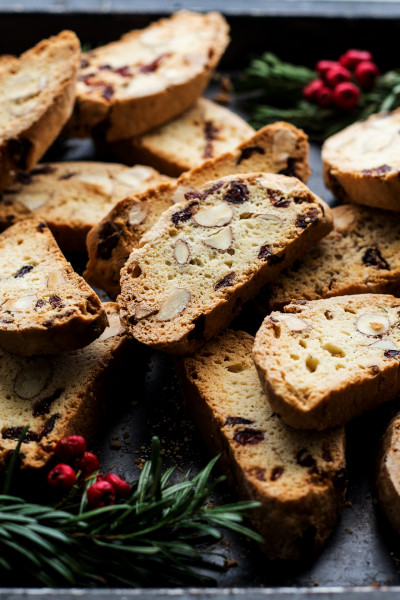 Eggless biscotti with almonds and cranberries 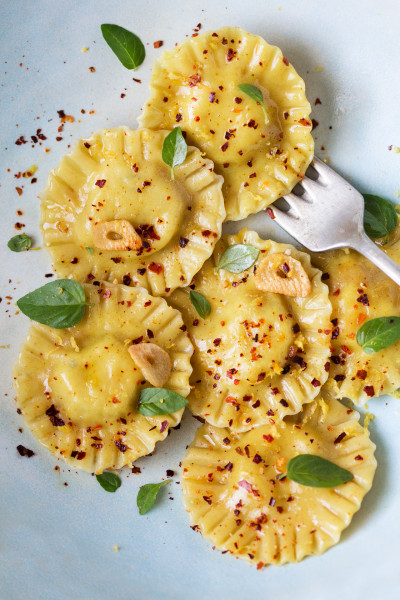 Vegan ravioli with pumpkin and ricotta 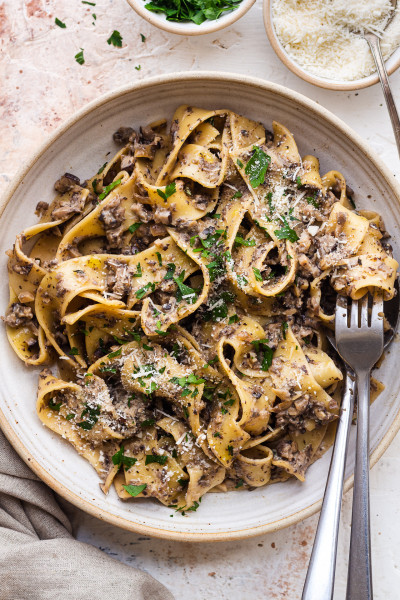 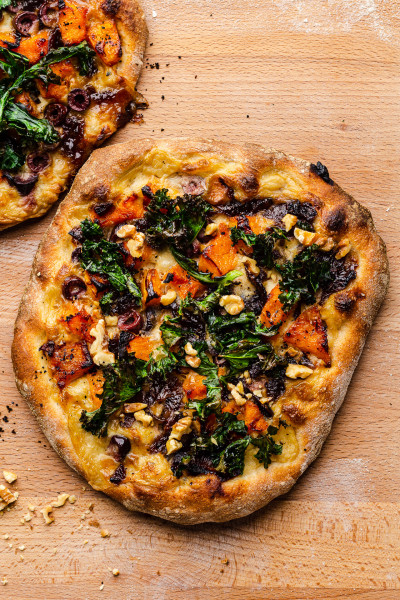 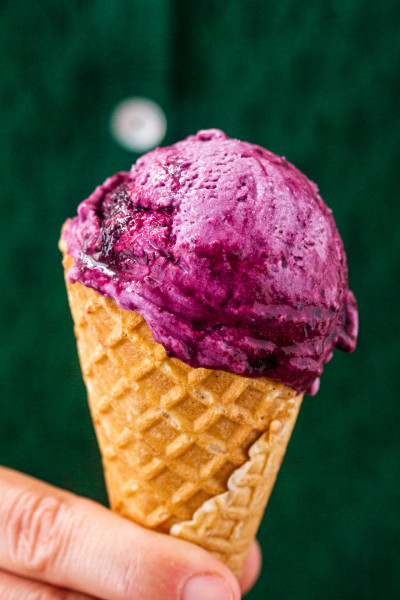 5.0
2 reviews, 10 comments
REVIEWS & QUESTIONS
Nuno Dias:
REPLY
Do you think the pasta could, maybe with some other change(s), successfully be made of wholemeal flour? Even if not fully, some would be better than none.

Ania:
REPLY
Hi Nuno,
Traditionally pasta is made with 00 flour, which is super finely milled flour so wholemeal flour is a complete opposite of that. It certainly can be done in terms of feasibility but the texture will be different, it will be less indulgent and much coarser. Some people dislike it, but I personally often eat dry wholemeal pasta myself and find that it is something you can get used to. I would recommend using no more than 50% of wholewheat to begin with. Hope this helps! Ania

Kristal:
REPLY
I made this the other night and it was amazing!! Thanks for all that you do!

Mathilda:
REPLY
Hi Ania!
What can I do with the leftovers of the fillings :) ?

Ania:
REPLY
Hi Mathilda,
Use it as a dip or bread spread or you can also freeze it for another time you make ravioli. Ania

Emma:
REPLY
How well would these freeze, do you think? Could I freeze them individually on piece of parchment before combining in an airtight container? Would love to make a giant batch and have some to cook as needed.

Ania:
REPLY
Hi Emma,
I reckon they should freeze well. I would boil them, then cool them down, portion and freeze. Once thawed, they will only need light pan-frying in a little bit of oil. Hope that helps! Ania

Joakim Peper:
REPLY
Hi,
I think the pumpkin is missing in the ingredient list?
Greetings! :-)

Ania:
REPLY
Thanks Joakim, I corrected it now - it was a cut and paste error as there is no pumpkin in this ravioli ;) Ania