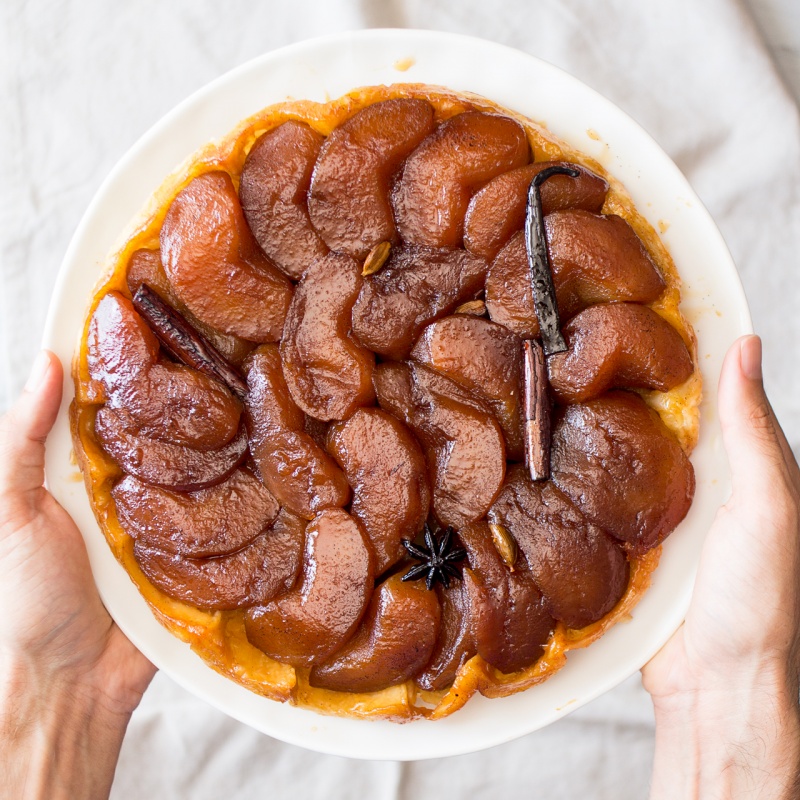 Now that autumn is finally here, we have a classic French recipe to share with you: vegan tarte tatin. This dish marries up apples, autumn spices and brandy and presents them on a deliciously flaky pastry crust.

This dish is so wonderful because you get that amazing apple pie experience without all the difficult and intricate pastry work that sometimes comes with making an actual pie. You just bathe the apples in some olive oil, maple syrup and spices, whack a sheet of puff pastry on the top of the pan and stick it in the oven for 30 minutes… Turn it upside down and you have a rich autumn dessert that you won’t be able to stop eating!

A lot of you will be thinking that it might have been difficult to ‘veganise’ a dish that traditionally involves apples cooked in butter and is served on puff pastry (which is traditionally butter and flour). Firstly, most puff pastry that you find in the supermarkets (like Jus-Rol or Pepperidge Farm*) is actually vegan as they replace butter with vegetable oils to reduce costs.

Ironically, vegans get a lot of criticism for finding imaginative alternatives to ‘old school’ cooking, but a lot of the time most store-bought processed versions of cakes and sweets deviate even more from the original recipe! To make the rest of the recipe vegan I substituted sugar for maple syrup and butter for olive oil. Because butter typically brings richness, I decided that I needed to be on my ‘A’ game for this recipe, so I added in some autumnal spices, vanilla and brandy, just to give it an extra kick.

The trick with this recipe is getting the fruit to the point that, by the time you take the tart out of the oven, the fruit holds together but is right on the cusp of breaking up. Ideally, you should be able to cut through the apples with a spoon very easily.

We went for a very dark caramelisation on the fruit, so our version is not massively sweet as the sugar loses its sweetness when the caramel is darker. If you want a sweeter tart you could achieve this by not letting the sugar turn as brown (4th step) which would also result in a tart that was a lot lighter in colour. However dark your finished product, this is amazing as an after dinner autumn dessert and perfectly respectable as an afternoon snack to have with coffee. Enjoy! 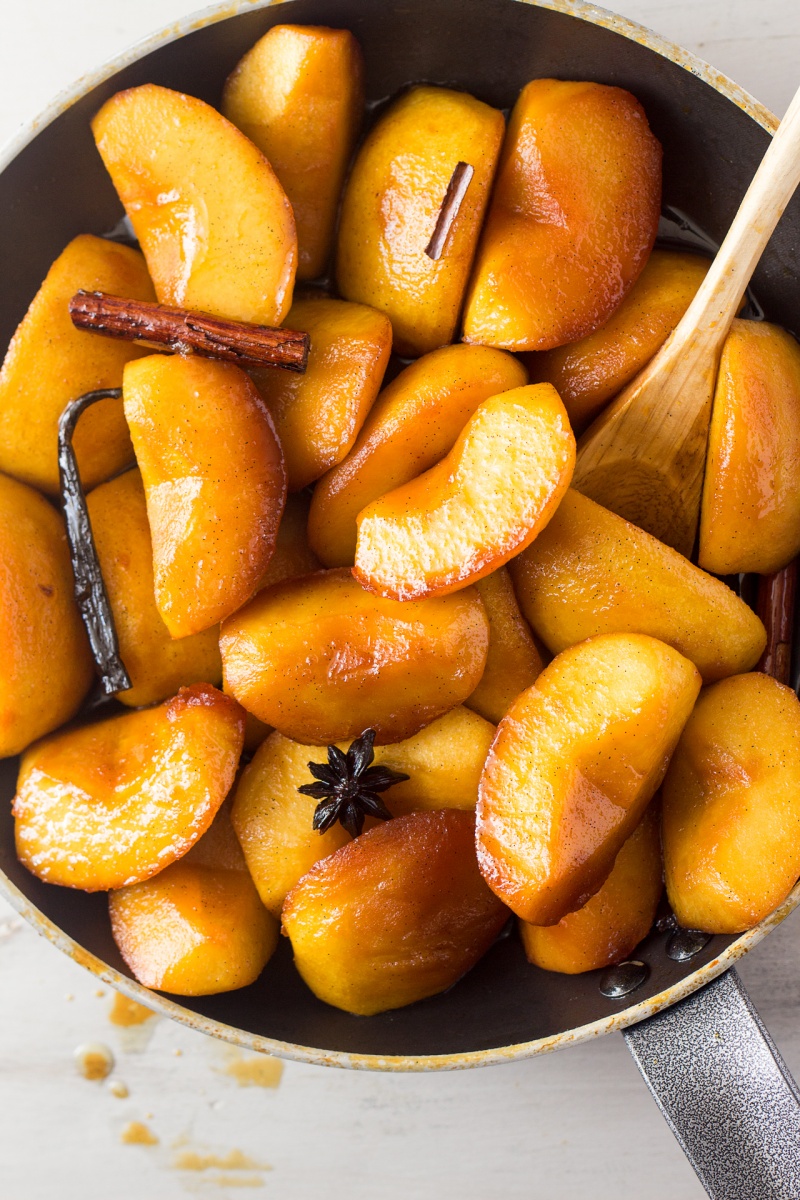 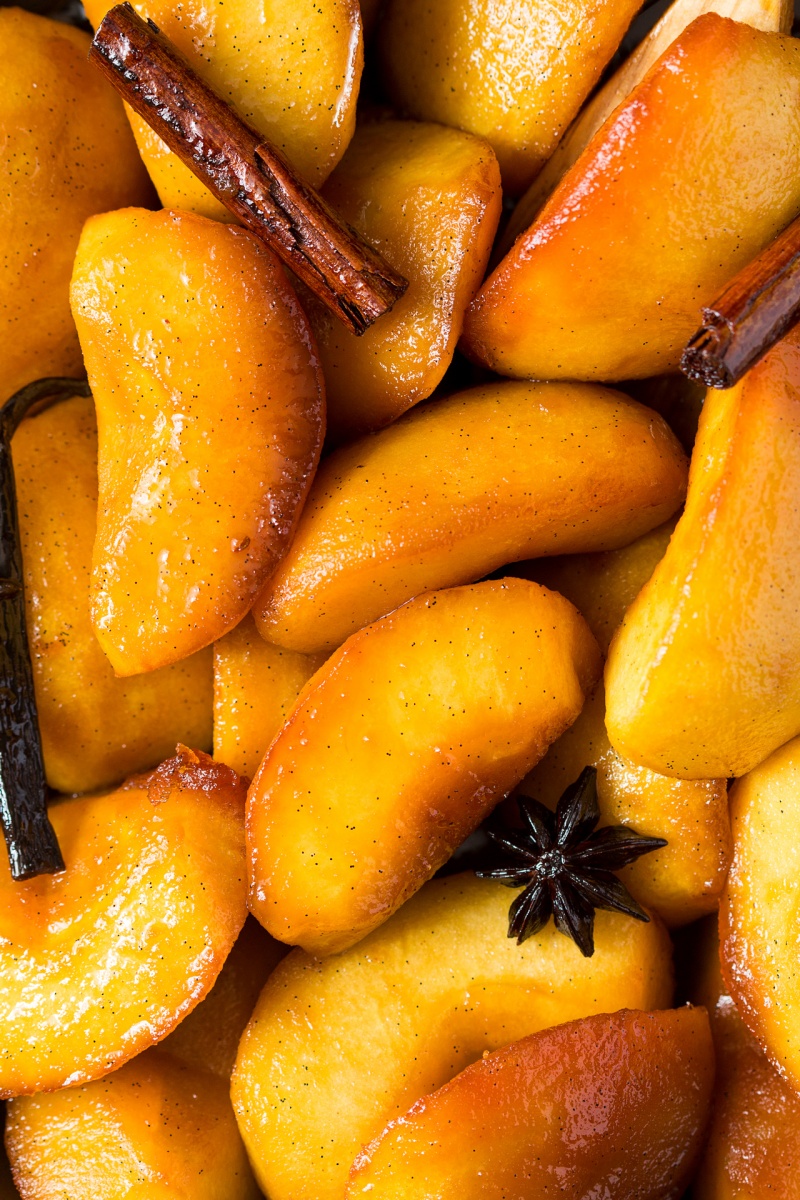 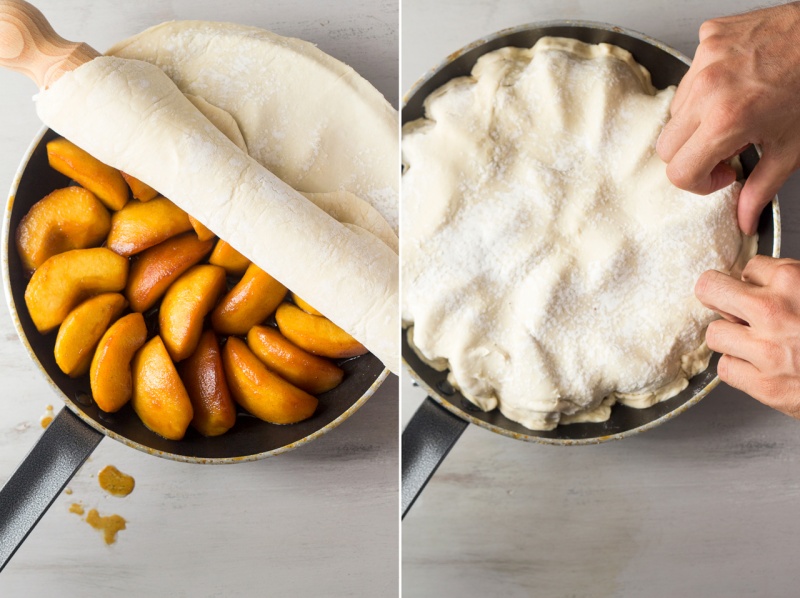 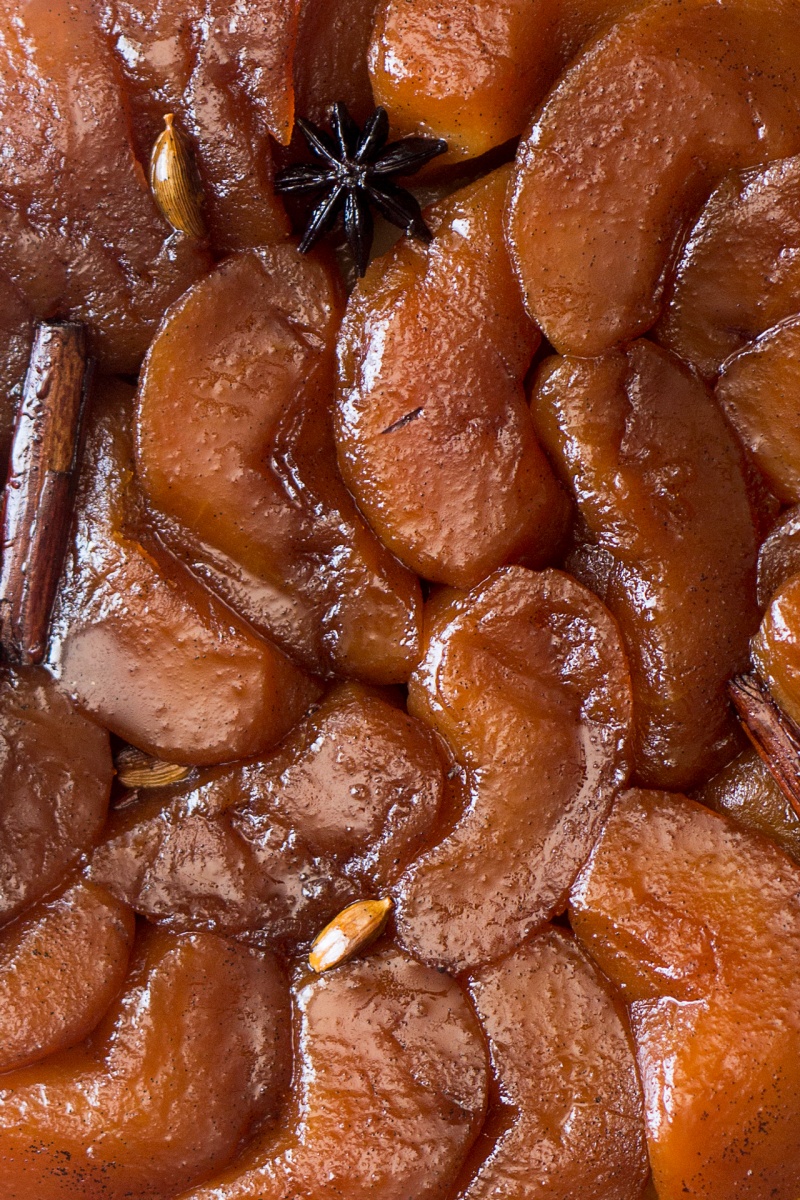 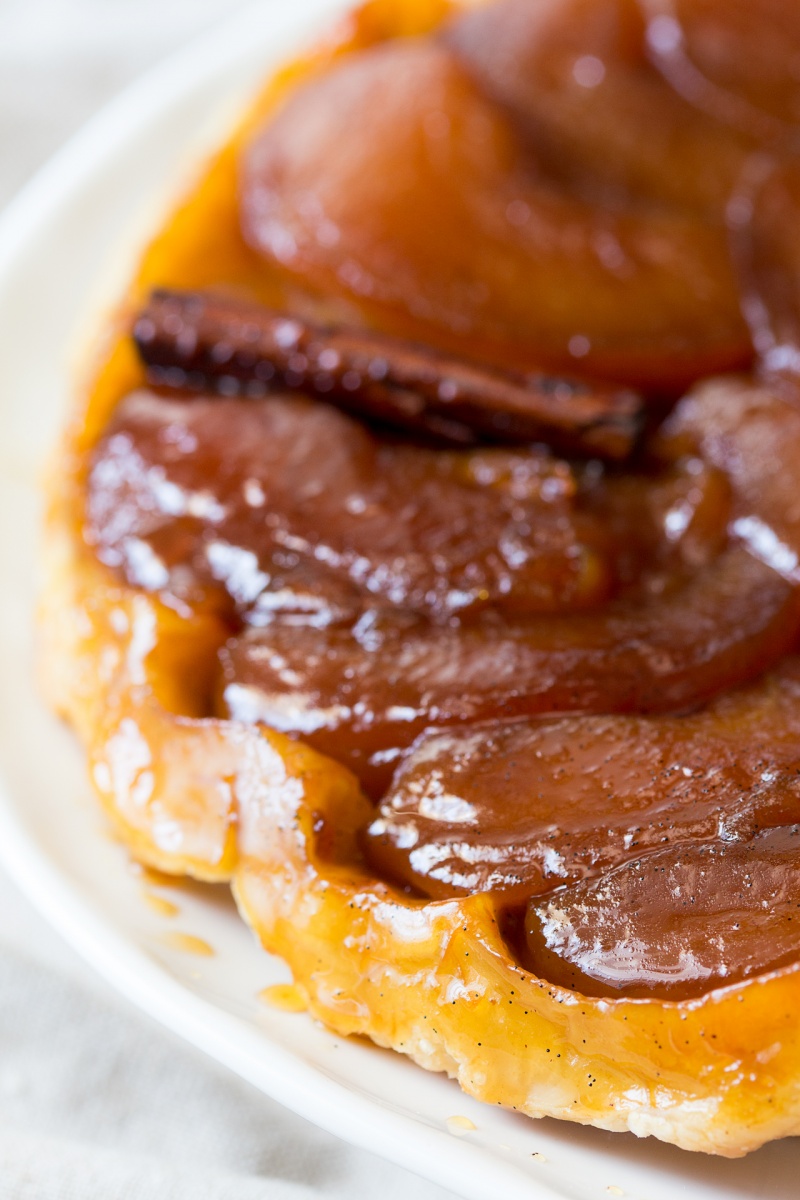 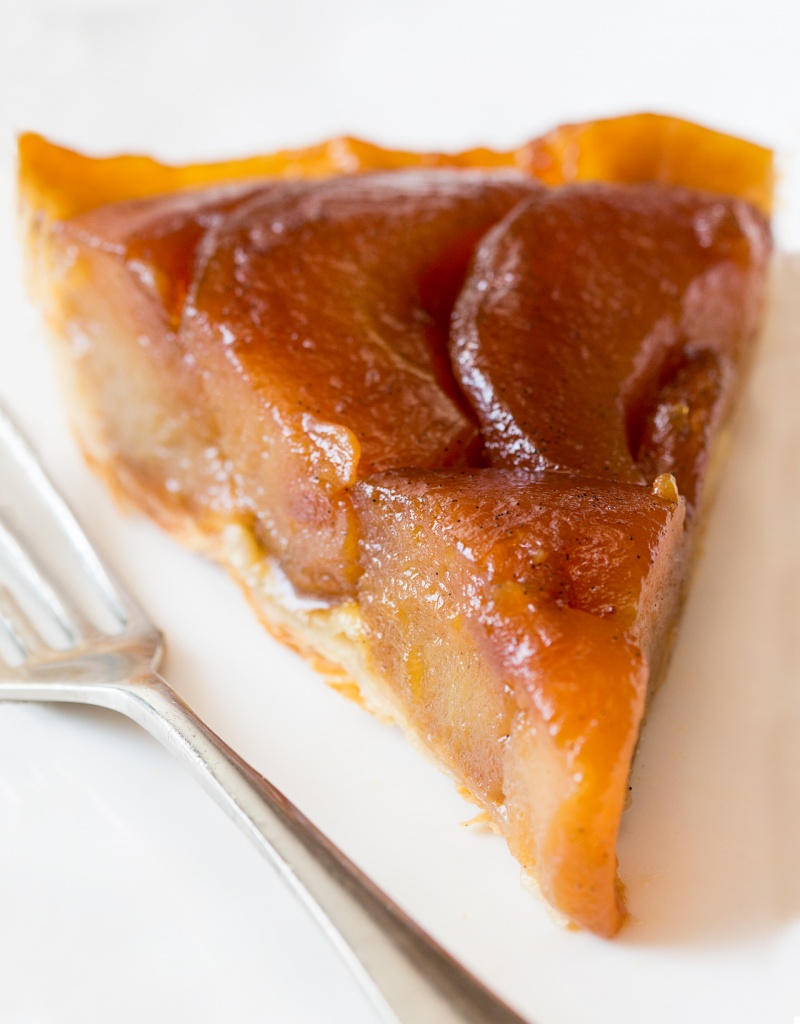 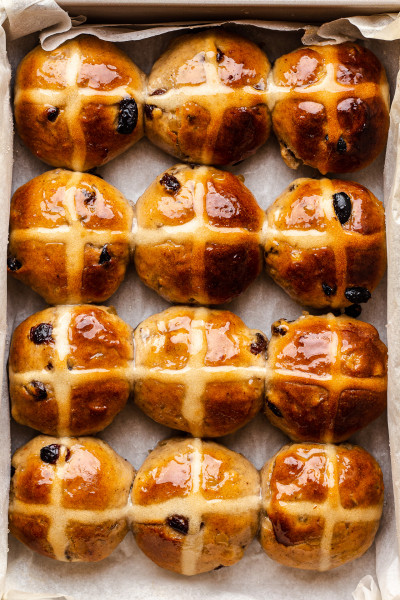 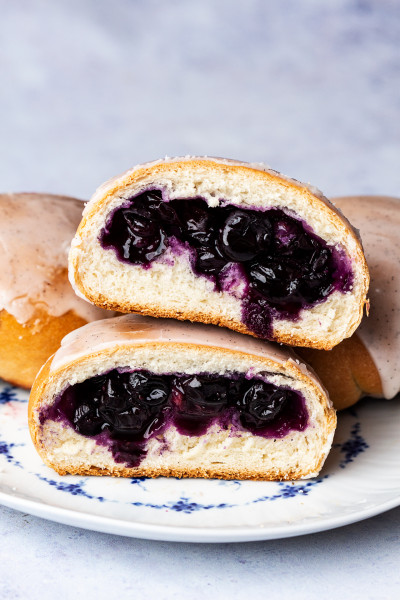 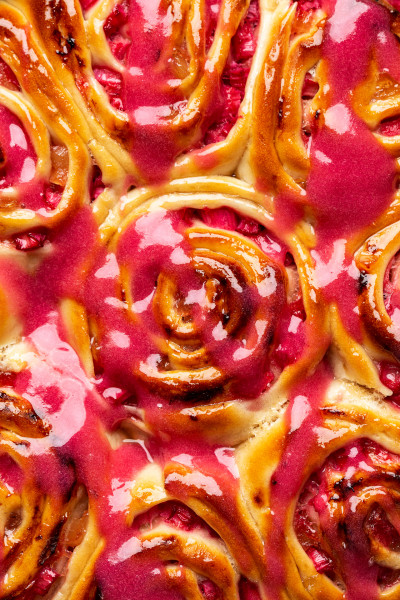 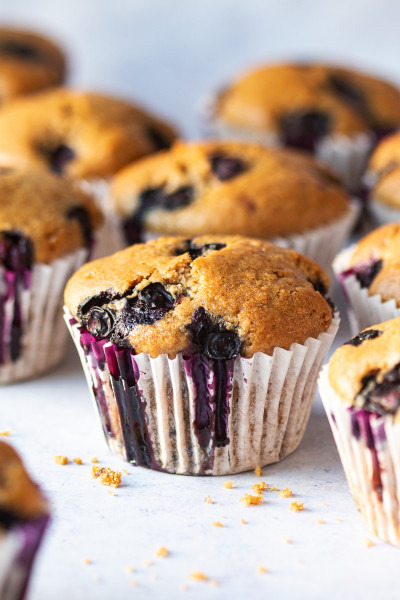 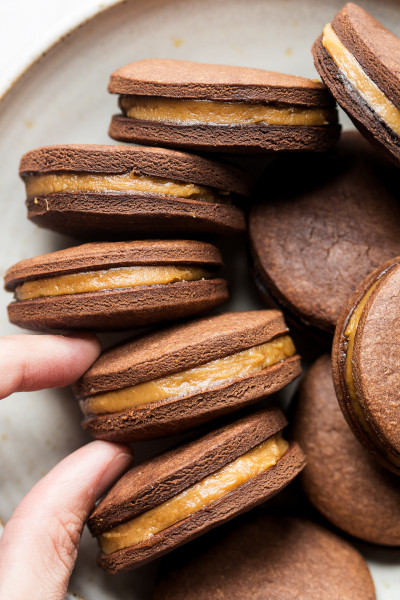 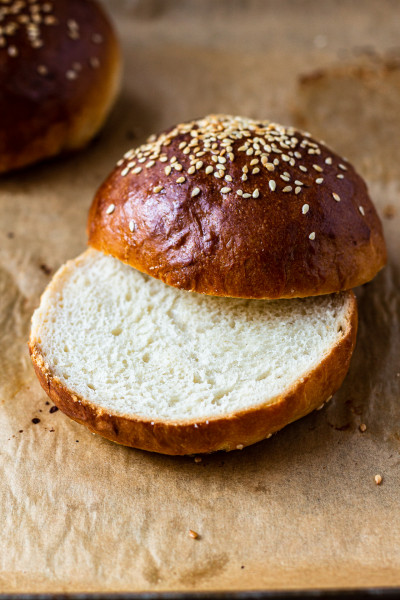 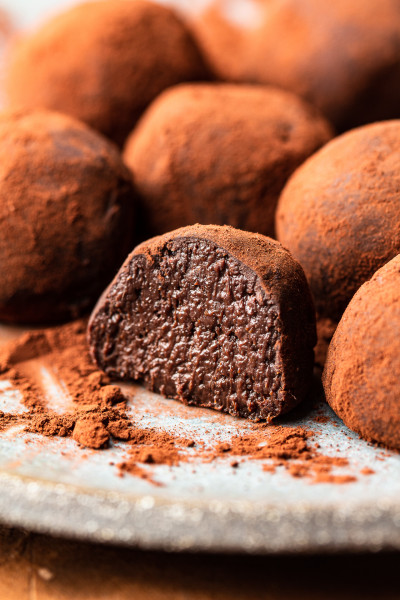 4.8
4 reviews, 12 comments
REVIEWS & QUESTIONS
Maya Reese:
REPLY
This came out beautiful and absolutely delicious. The only thing I changed is the shape of how I cut the apples to get the more classic look.

Ania:
REPLY
Glad to hear that you enjoyed this, Maya! And thanks so much for taking the time to leave a review - much appreciated. x Ania

Martha:
REPLY
Hi Lazy Cats,
I made this last night using the maple syrup version and it was delicious. I really liked your instructions, particularly the way you staggered the apple frying to fit as many as possible in the tarte. I didn't have any light olive oil and used macadamia oil instead, which has a much higher burn point anyway, and it worked very well. Thank you!

Ania:
REPLY
We are delighted to hear that, Martha! Thanks for taking the time to let us know! Ania

Cass:
REPLY
Just made this and absolutely had to review! This recipe is perfect and I think this is one of the best deserts I’ve ever eaten! Even those who do not follow a plant based diet cannot fault this desert. Will definetly be making again :) thank you! Xx

Ania:
REPLY
Aw, thank you for your kind words, Cass! I'm delighted to hear that! Ania

Malinder:
REPLY
Dear Ania and Duncan - I only just discovered your IG page and I am in love! I'm wondering whether you can substitute the caster sugar here for coconut sugar? Many thanks :)

Ania:
REPLY
Hi Malinder,
Thank you, we are so glad to hear that you found us too! And pleased to hear you like the recipes. I don't really use coconut sugar myself, but I don't see why it wouldn't work in this instance. Let me know how you get on! Ania

Mitanti Ghosh:
REPLY
I am a big fan of Tarte Tatin and a favorite dessert whenever I am eating out (I live in Paris) or I have the luxury of cooking time. I am however not a vegan, and never tried "veganising" dishes. But your tarte tatin looks delicious and perfect. I must say the picture is just as good as the non-vegan ones with lots of butter that we get here in Paris. Congratulations and keep cooking such lovely dishes.

Ania:
REPLY
Thanks so much, Mitanti for your kind words! I'm really pleased to hear that! :) Ania

Bek:
REPLY
This is absolutely gorgeous! Love the photos. I'm about to make a vegan tarte tatin myself (apricot) and stumbled across this whilst looking for inspiration. I'll have to give your recipe a try when apples are in season in Australia!

Ania:
REPLY
Thanks, Bek! That's so nice of you to say! Apricot tart tatin sounds like a dream, especially that it's depth of winter where I'm now!

healthyjon:
REPLY
I love nothing more than my mums classic apple tart tatin! But I might have to give this a go.

Ania:
REPLY
Nothing ever beats mum's cooking, does it? ;) Hope you'll like it!

Jeannie Mayer:
REPLY
This looks really good. I am getting more apples in my CSA this week so I definitely will try this. Thanks!

Ania:
REPLY
Thanks, Jeannie. That's so nice to hear! Hope'll love it!