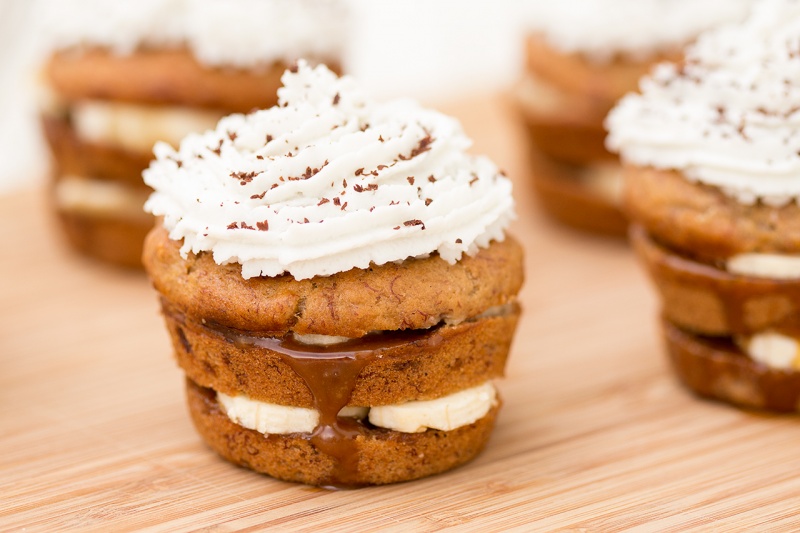 Today, I’m happy to present you with a plate of pretty little vegan banana coconut cupcakes…Unfortunately, getting the recipe together wasn’t as pretty and there was a lot of drama.

The drama was to do with getting a structurally sound vegan frosting without the use of vegan butter or margarine because
a) I’m not overly keen on them
b) I cannot get them here anyway.

In an attempt to make an ideal frosting, I made so many different incarnations of it that I felt like a crazy scientist sometimes – surrounded by dozen of tiny bowls filled with various concoctions and meticulously writing down the results in a notebook. Finally, I cracked it – or so I thought – and came up with peanut butter frosting, which went well with banana, I thought.

The texture of the frosting was perfect, it was easy to pipe, it wasn’t grainy, it wasn’t oily and it didn’t melt at room temperature – I was happy. I decided to get a second opinion though because sometimes when you are really pining for a certain result your brain may fool you into believing that you got it for the fear of having to try again. My three testers’ response to the cupcakes was unanimous – ‘the cupcakes were delicious but not a massive fan of peanut butter frosting’. My brain was having a laugh then…

Once I got over a massive bout of self-doubt, I started to think how to fix the problem. The cool thing about using peanut butter was that it stabilised the coconut cream well and gave the frosting the desired consistency. Since my testers weren’t overly keen on was the taste of the peanuts, I started wondering whether the icing would work better if I removed the peanut flavour and replaced it with coconut. Bananas and coconut, it’s not a bad flavour combo, right?

The logical next step was to whip up homemade coconut butter. I wasn’t sure if my food processor would be up for the job, but it did a great job with various nut butters so why the heck not? It took about 8 minutes (with a few breaks thrown in as I didn’t want him to die on the job) and it worked a treat.

The consistency of the frosting was just as good and the flavour did work much better too. Bingo! If you are a banana and coconut fiend, these cupcakes are definitely worth having a go. Next on my “TO MAKE” list are mango and coconut cupcakes, but it’s hard to get good mangoes here so it will have to wait until I’m able to travel to India – always good to have a purpose:). 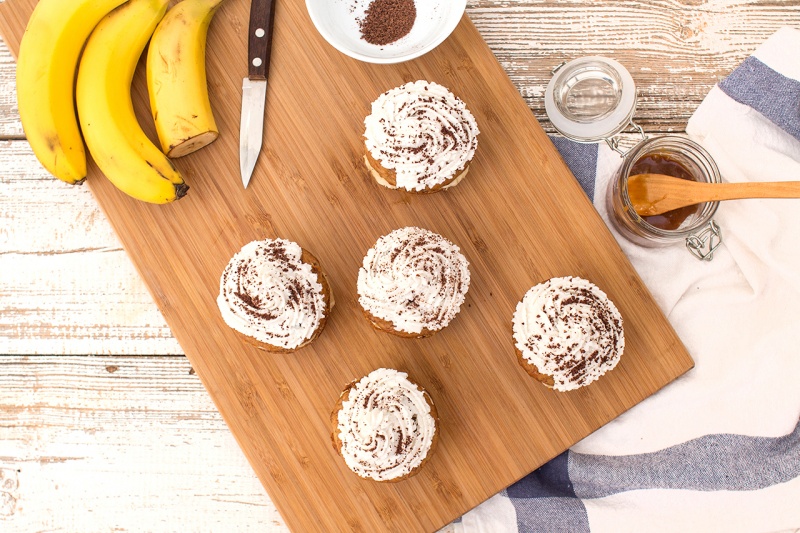 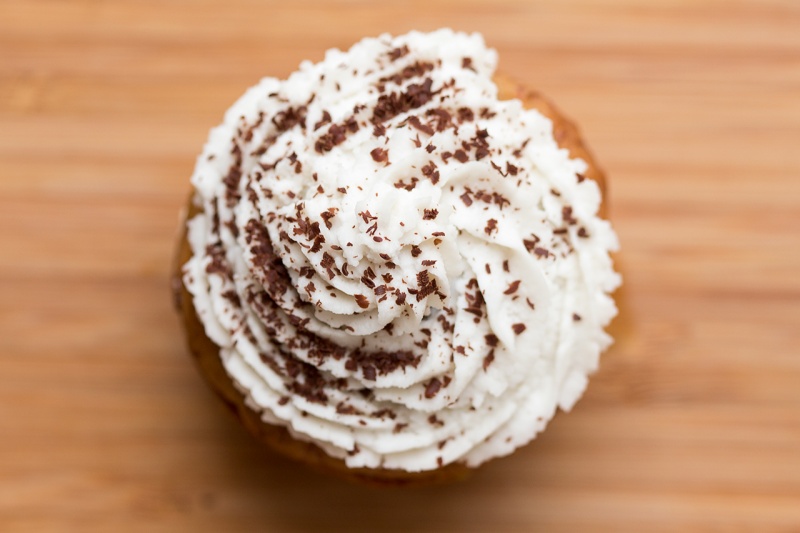 Like dairy cupcakes, store these in the fridge. The frosting will harden when cold so bring the cupcakes to room temperature again before serving.

The cupcakes are based on my recipe for banana muffins