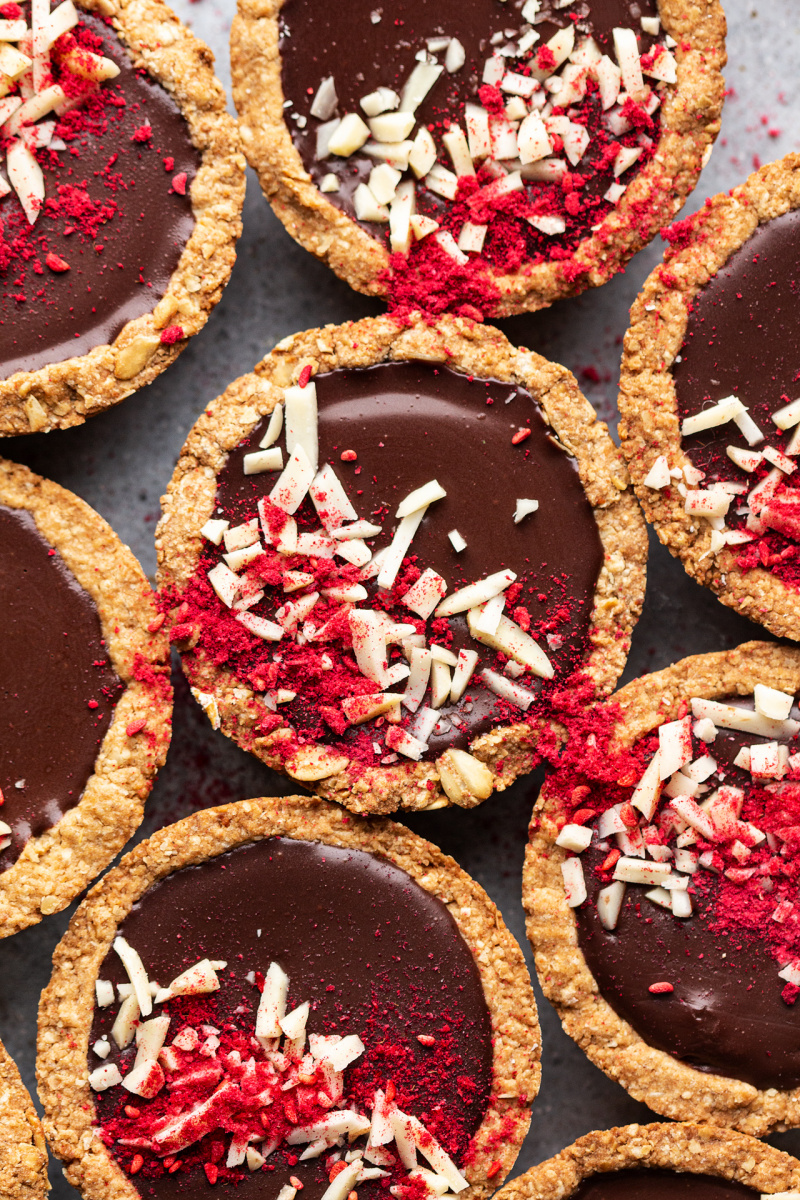 I told you my sweet tooth has been unstoppable! No matter how hard I try not to scheme yet another dessert recipe, I just don’t seem to be able to switch that part of my brain off. I guess it’s white bear phenomenon in action. Speaking of which, fed up with upsetting and infuriating news stories, including those in which politicians pat themselves on the back about how well they handled the situation, despite thousands of people dying as a result of their cavalier attitude and resulting inaction, I’ve cut down on reading the news and found a new podcast to listen to instead.

I found it of great value so I want to say ‘thank you’ to the author, Dr Laurie Santos, by spreading the word about it. It’s called Happiness Lab and it’s full of interesting insights into what really makes us, humans, happy and useful techniques on dealing with anxiety and stress, including several pandemic-related episodes. It does, among other things, discuss the white bear phenomenon if you are unfamiliar with it.

So after a much needed respite in the form of vegan carbonara, I am back at it – making dainty cups out of oats (to keep them vaguely healthy 😉 ) and chocolate. What can I say? I’m obsessed. These are pretty good and not hard to make either, which is a win win. They require six ingredients (+ salt) and are very family cooking session friendly as making the actual shells is akin to handling play-doh. I used to be big on play-doh as a kid and as an early teen I made jewellery out of it (the kind that you need to boil for it to harden up) so I am in my element making these and I am sure your kids (my cat – as good as she is at kneading – is not into it at all) will be too. The filling is a simple ganache fortified with a little bit of Amaretto, but if you are making them with and for kids, feel free to sub it with more plant milk. I hope you’ll enjoy them and I hope to resume running next week so don’t worry, there will be more sweet recipes coming… 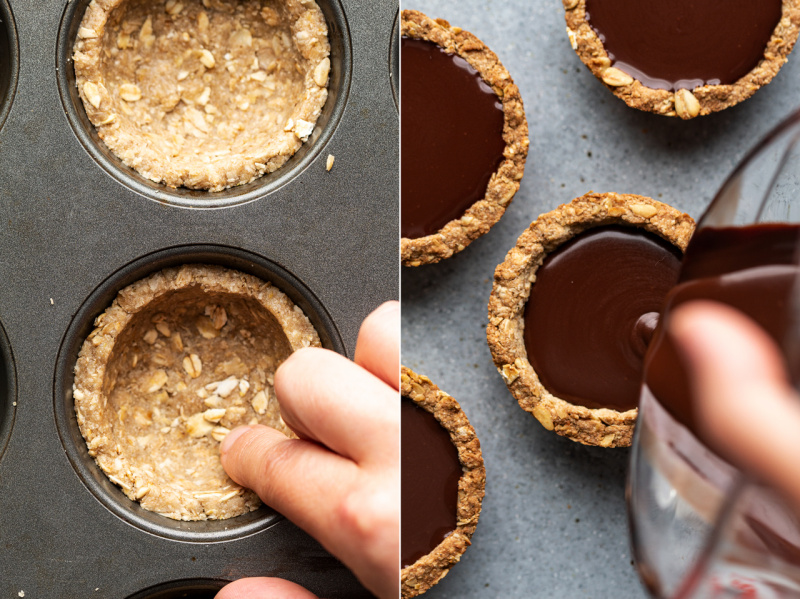 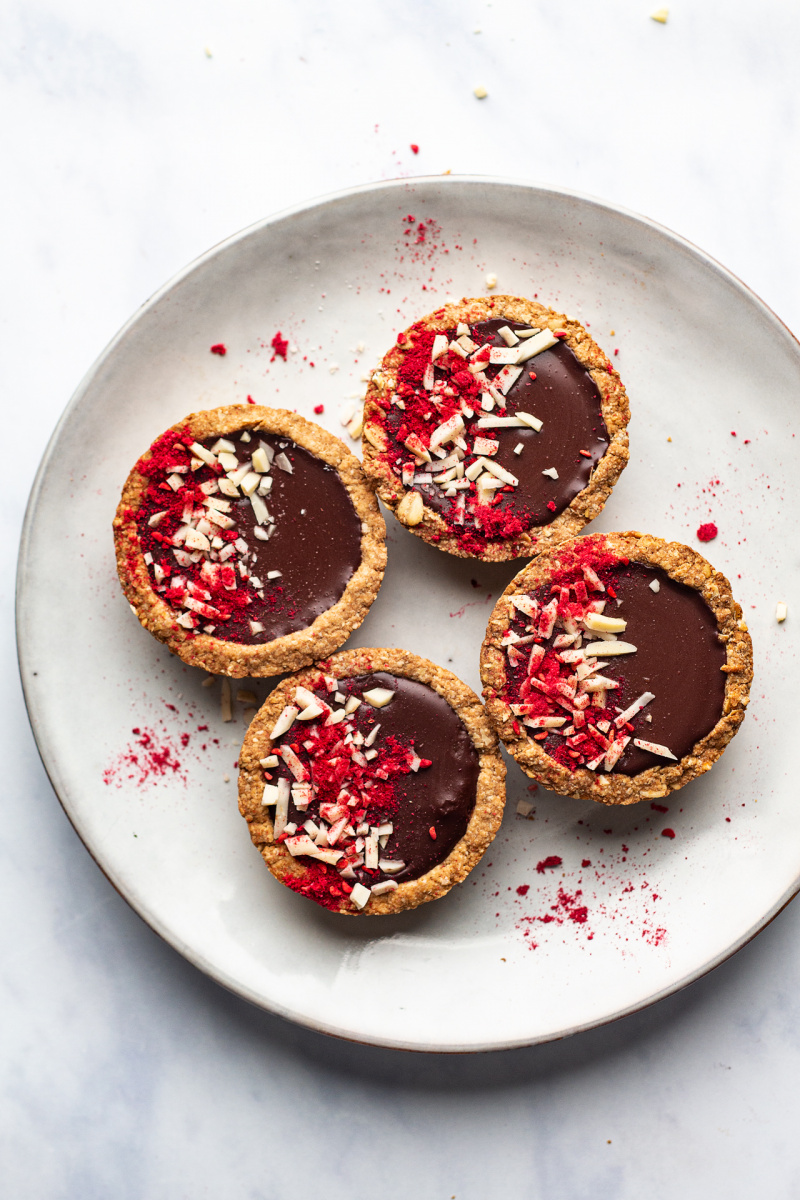 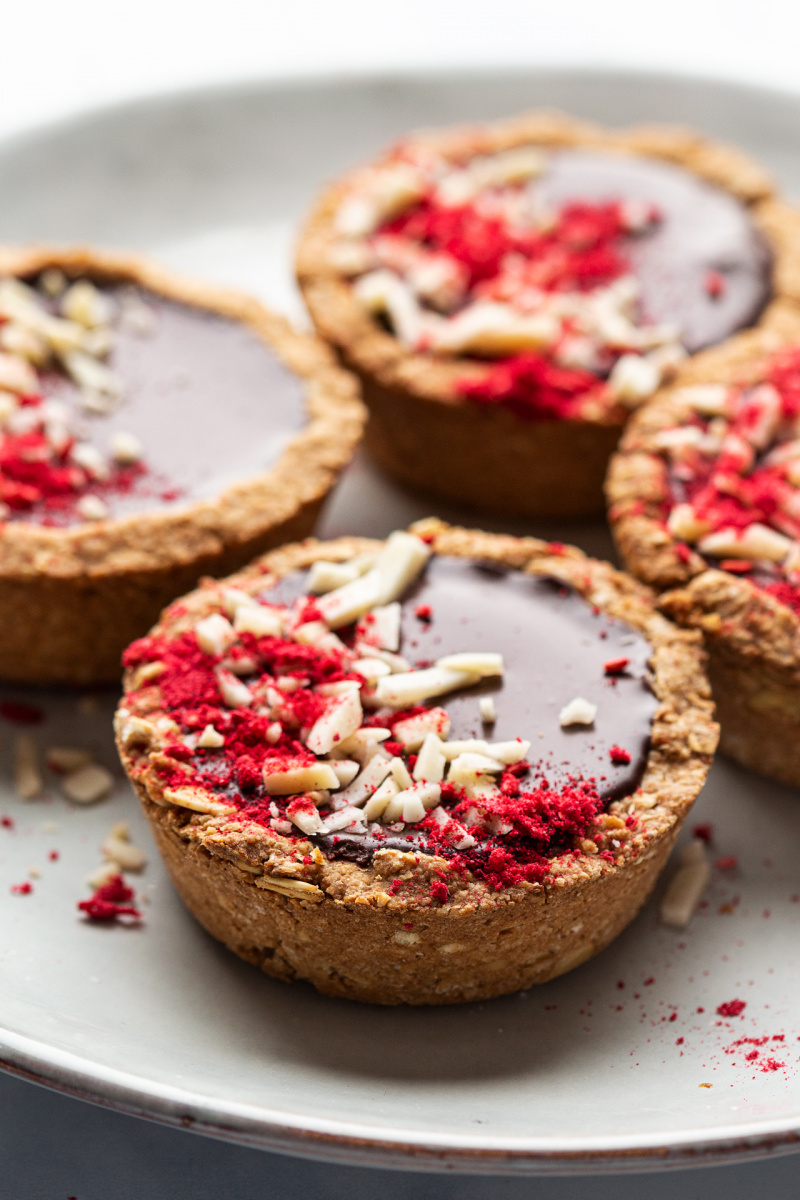 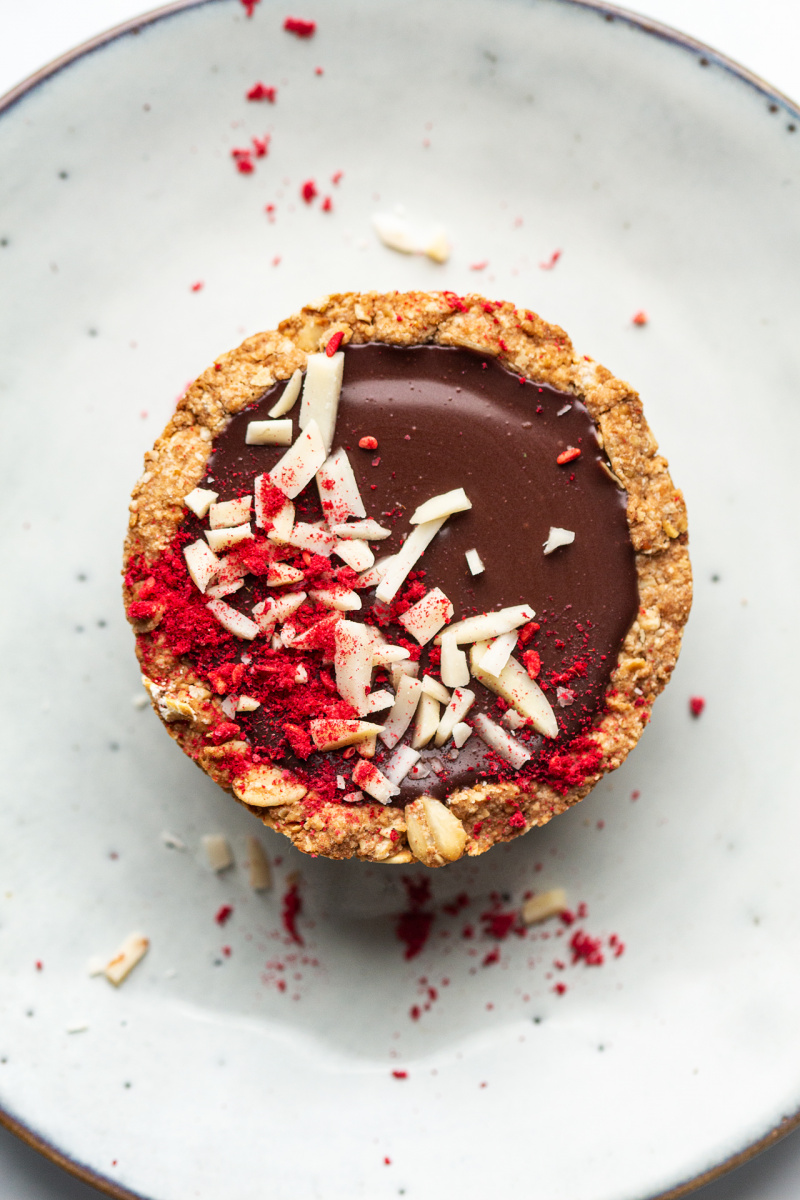 NOTES
*You can also use oat flour but they won’t have as much texture.

**You can use another, similar liqueur if that’s what you have in your cupboard. If you don’t want to use alcohol, you could use more plant milk or plant milk + coffee (to deepen the chocolate flavour).