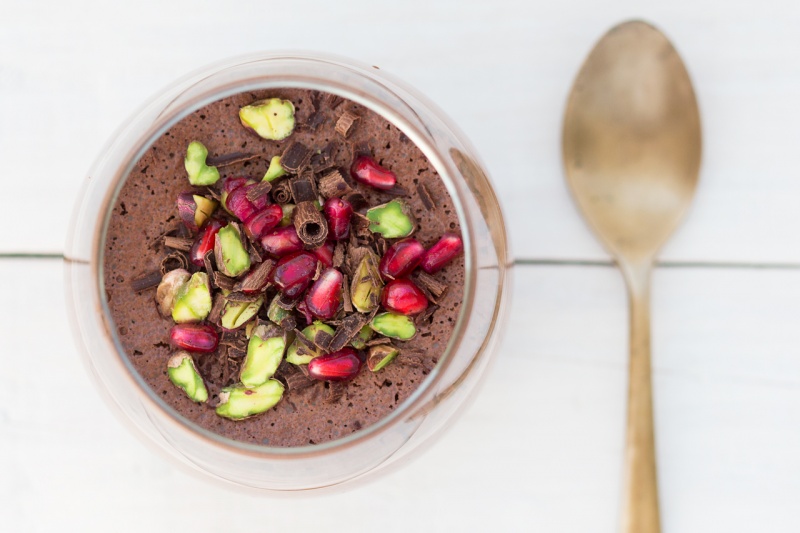 I’m so excited to bring this simple yet indulgent vegan chocolate mousse with aquafaba recipe to you, guys. As I’ve already mentioned in my previous posts, ever since I’ve read about the brilliant invention of aquafaba ‘egg whites’, I’ve been massively obsessed with it.

I’m part of an inspiring Facebook group solely dedicated to making things with aquafaba and I can tell you that every single person who tries to whip chickpea water like egg whites has the same reaction – that of amazement mixed in with excitement.

It’s because it’s a blooming genius invention. It opens up so many possibilities, not only for vegans, but also for people with egg allergies.

Who would have thought that something as basic as whipped chickpeas (most beans, in fact) cooking water can yield such amazing results. To make sure I have not gone mad and this thing doesn’t, in fact, taste vile, I made this mousse twice while a couple of our omnivorous friends were staying with us. Not only did they LOVE the dessert, but when I was making it the second time, they watched me whip up the chickpea water into stiff peaks as they could’t quite believe that it is as simple as it sounds. They were so impressed and vowed to make this dessert once they get home. It’s the best compliment I could have wished for.

For the sceptics amongst you, let me re-assure you, this dessert DOES NOT taste of chickpeas at all. If I hadn’t just told you what’s in it, you would have thought that it’s an indulgent chocolate mousse, just like your grandma used to make. Go on, try it for yourself – you’ll want to shout from the rooftops about it.

PS: If you make this vegan chocolate mousse, don’t forget to tag me on Instagram as @lazycatkitchen and use the #lazycatkitchen hashtag. I love seeing your takes on my recipes! 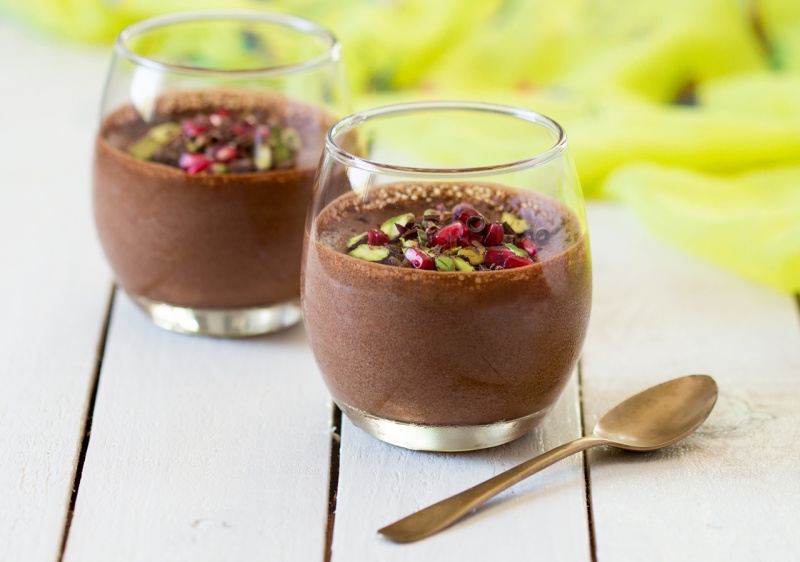 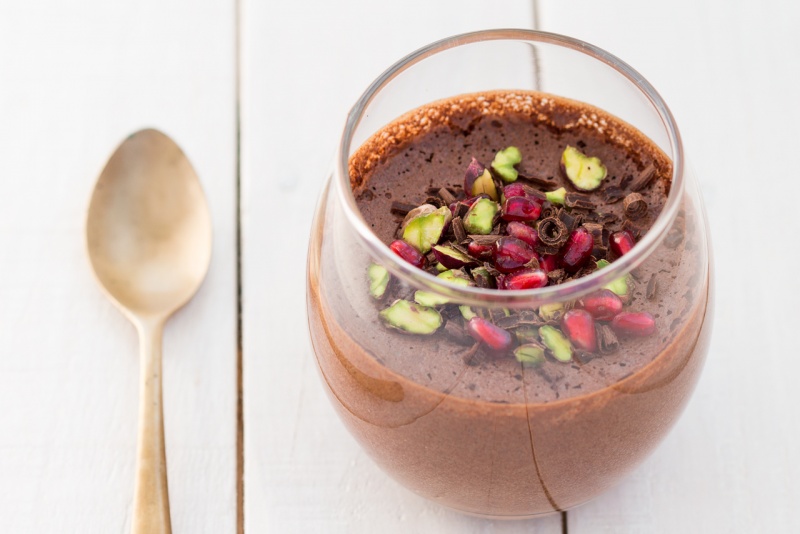 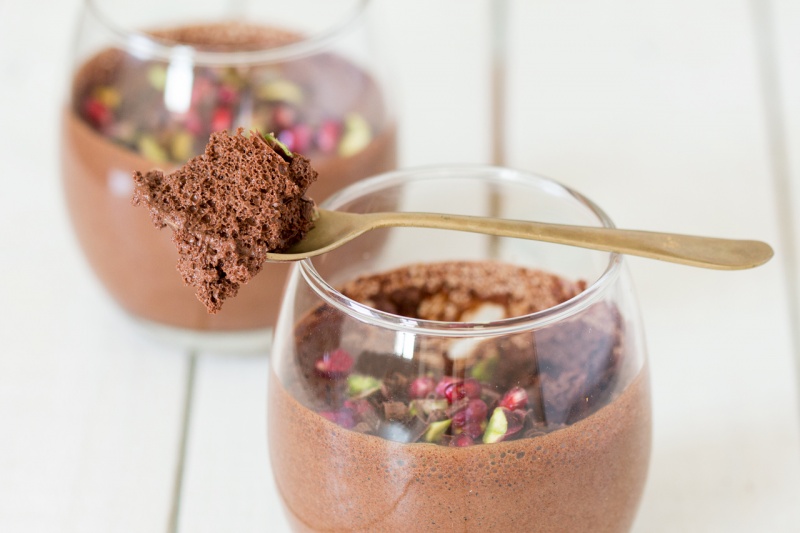 This recipe contains a step-by-step VIDEO (see above).

*The exact amount of sugar depends on your taste and how sweet your chocolate is. Sugar isn’t necessary though, I make my mousse without sugar as per video above.

If you wish to make your own aquafaba (chickpea water) from dry beans, here is how.