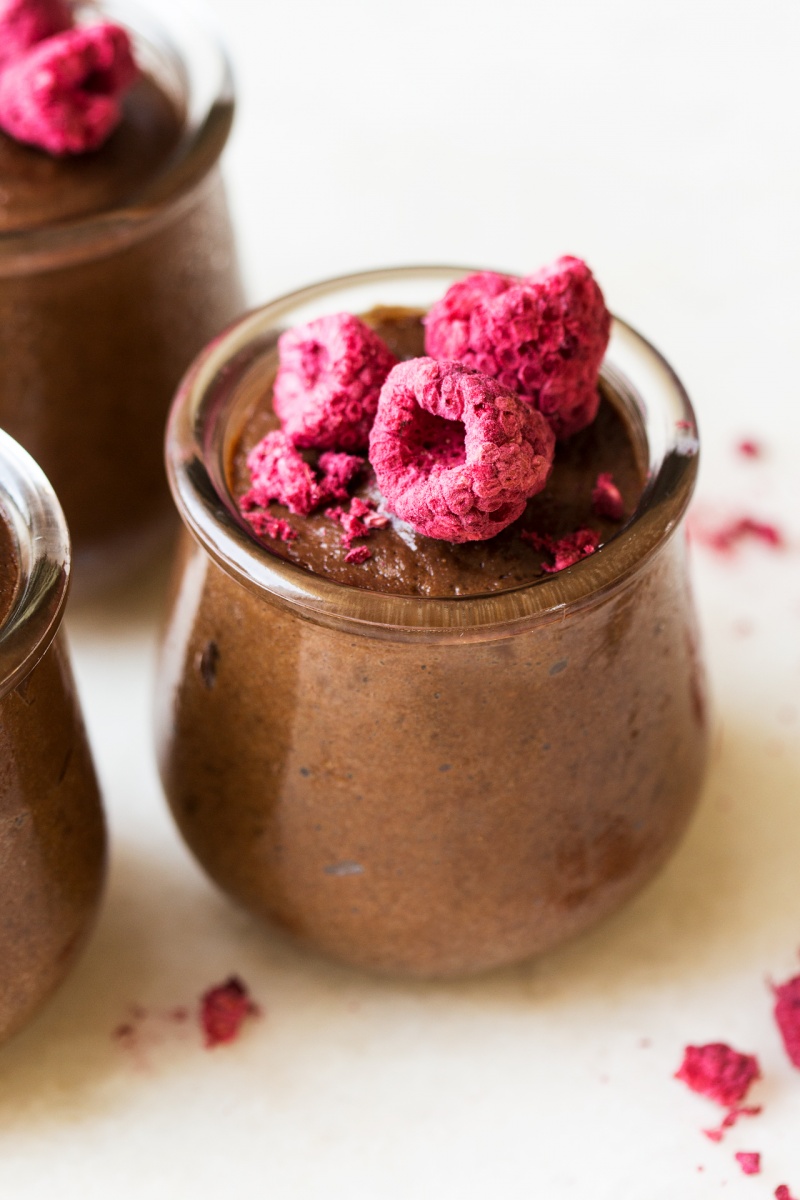 I’m so excited to share this recipe with you that I could hardly wait 🙂 . When I set out to attempt this – no chocolate, no sugar – aquafaba-based vegan mousse, I was pretty sure it would be a massive fail and the only consolation was that I could simply freeze the collapsed leftovers and have it as ice-cream when the desire for something sweet strikes me all of a sudden.

I made it in the evening and chilled it in the fridge overnight. I was so surprised to wake up the next day and find the mousse to be perfectly airy and fluffy. I had to try it immediately even though I never eat sweet stuff until after lunch. The taste test confirmed that the flavours needed more tweaking, but I knew I was onto something special, something I have not seen done before.

Even Duncan, who was very sceptical at first, grew really keen by the time I was done with it. This mousse is light and airy and has a rich chocolate hazelnut flavour, inspired by my recent Ferrero Rocher recipe, which so many of you liked. It also happens to make really nice vegan ice-cream 🙂 .

I feel I need to say something about the recipe title. I really struggled with finding a name that does this creation justice. While it isn’t a diet food, it is a way healthier alternative to the classic aquafaba-based mousses out there as it uses only whole food ingredients that wouldn’t be amiss in a breakfast smoothie bowl, for example. At the same time, it tastes rather indulgent and if I didn’t tell you what’s in it you would never guess that it’s based on a sweet potato and a nut butter.

When we released a video to accompany our original chocolate mousse recipe, it became clear to us that many of you would rather see an even healthier version of this vegan dessert. At the time, I was convinced that it couldn’t be done – I didn’t think that cacao powder and aquafaba could work successfully together as cacao powder was known to turn stiff aquafaba into a chocolatey puddle.

Well, perhaps it’s the combination of ingredients or the order in which they are added to the aquafaba, I thought. My head was suddenly awash with ideas and I had to give it a go. I went for a delicious combo of smooth nut butter and sweet potato mash as I knew the flavours will work with chocolate not against it. They work so well in fact that the end result had me skipping for joy and I hope it will put a big smile on your face too.

Once I cracked the recipe, the only remaining challenge was to be able to photograph this puppy well enough to convert the sceptics, as I’m sure that some of you may be scrunching their noses up at the very concept. Don’t dismiss it before trying, please – Duncan wasn’t at all keen on my first attempt and now I have him fighting me for photoshoot leftovers 😉 .

The trouble with photographing this puppy was that we are currently bang in the middle of a week long heatwave with temperatures reaching 43° C (109° F) and as soon as I took a perfectly airy teaspoon of the mousse out of the glass, it melted right in front of my eyes. A single photo of the mousses texture took me almost 2 days to take. So if you want to enjoy the airy texture of this puppy, don’t take a leaf out of my book and refrain from making this dessert on the hottest day of the year 🙂 . 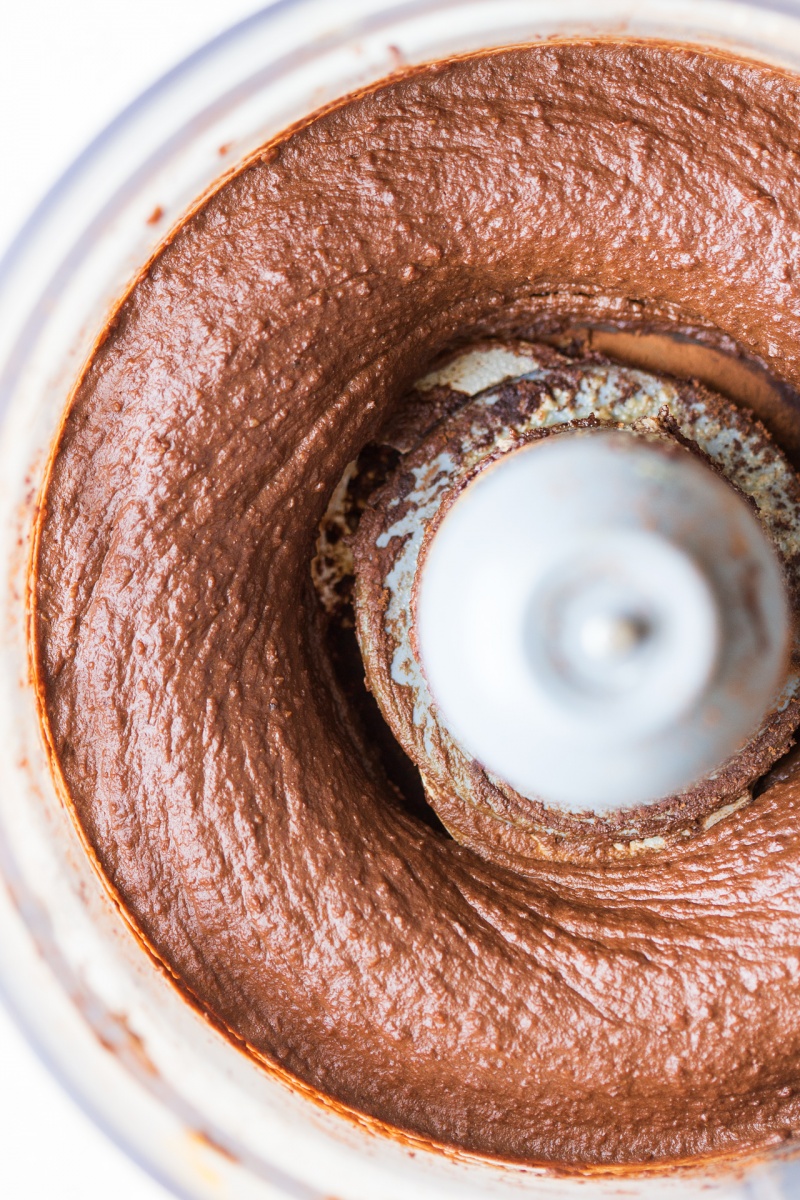 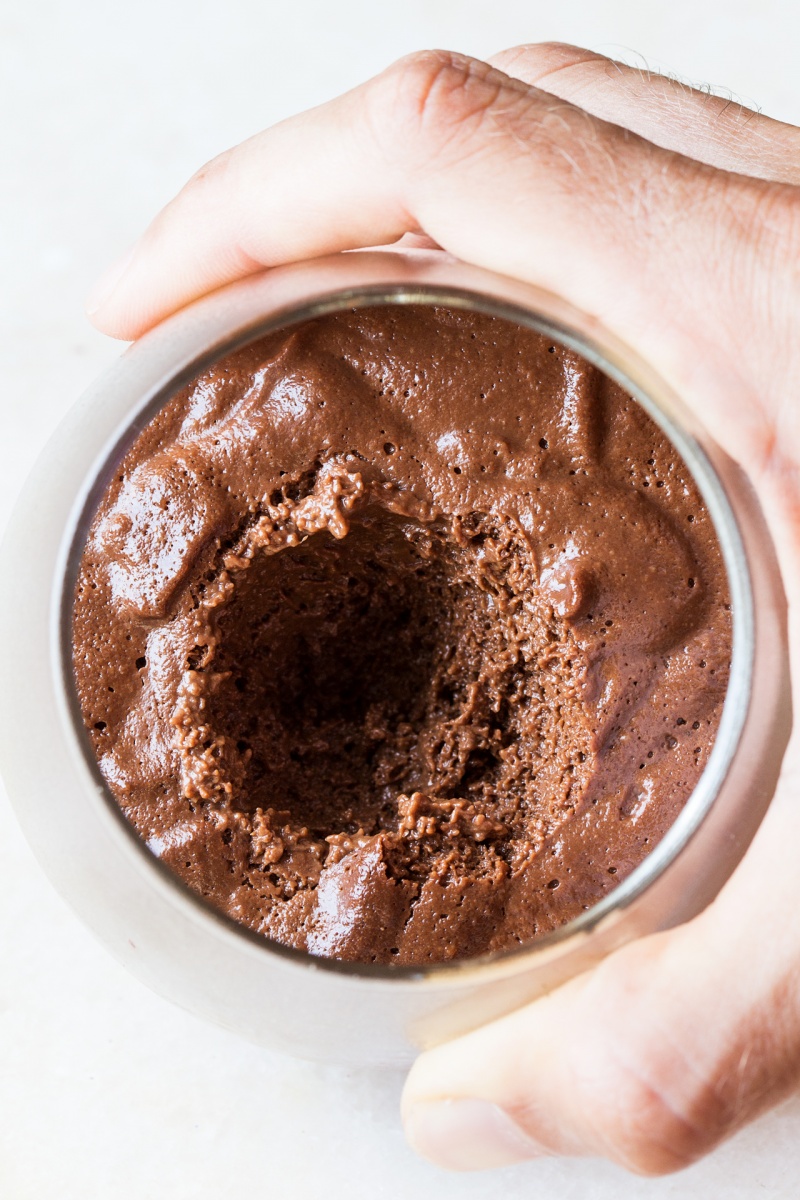 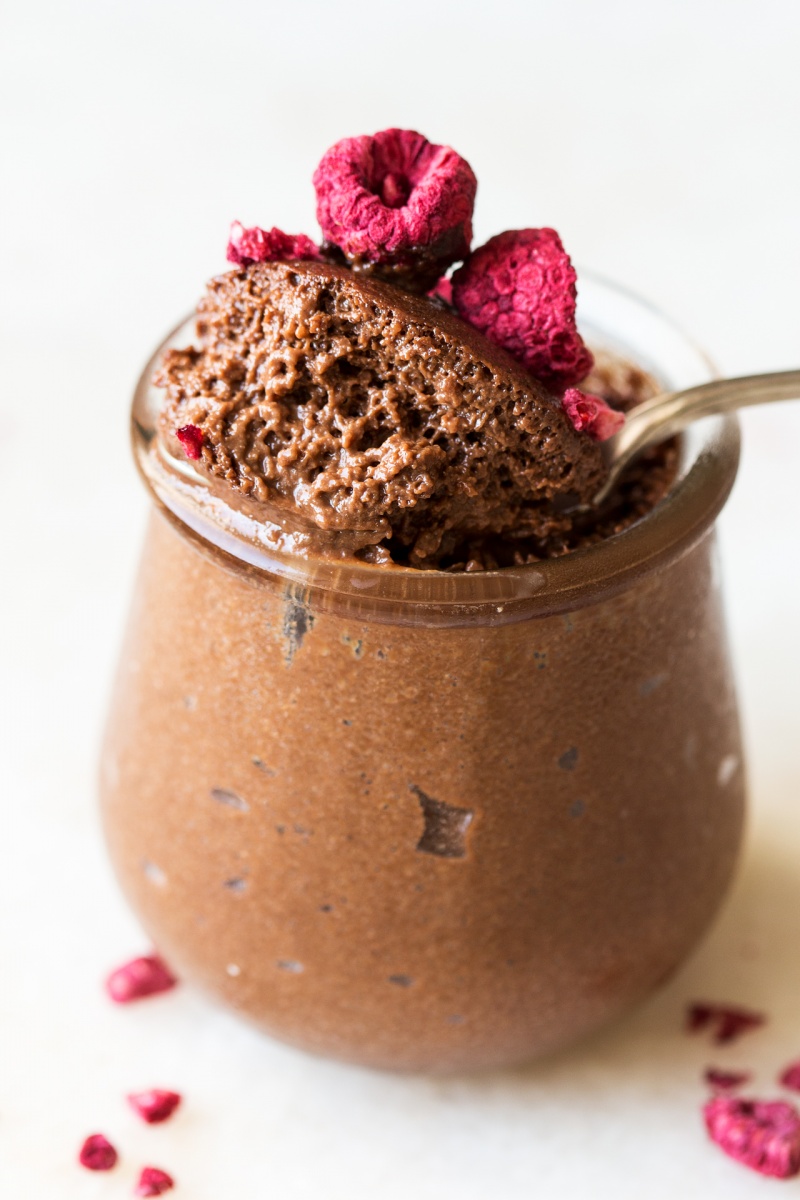 **Instead of maple syrup, you could also use softened dates (amount to taste) processed with the sweet potato mixture, but this will result in a mousse that is less smooth as dates are quite fibrous. To soften dates, plunge them in boiling water for 20 minutes, squeeze the excess water out and process with cooked sweet potato until smooth, before adding nut butter and cacao and processing some more.