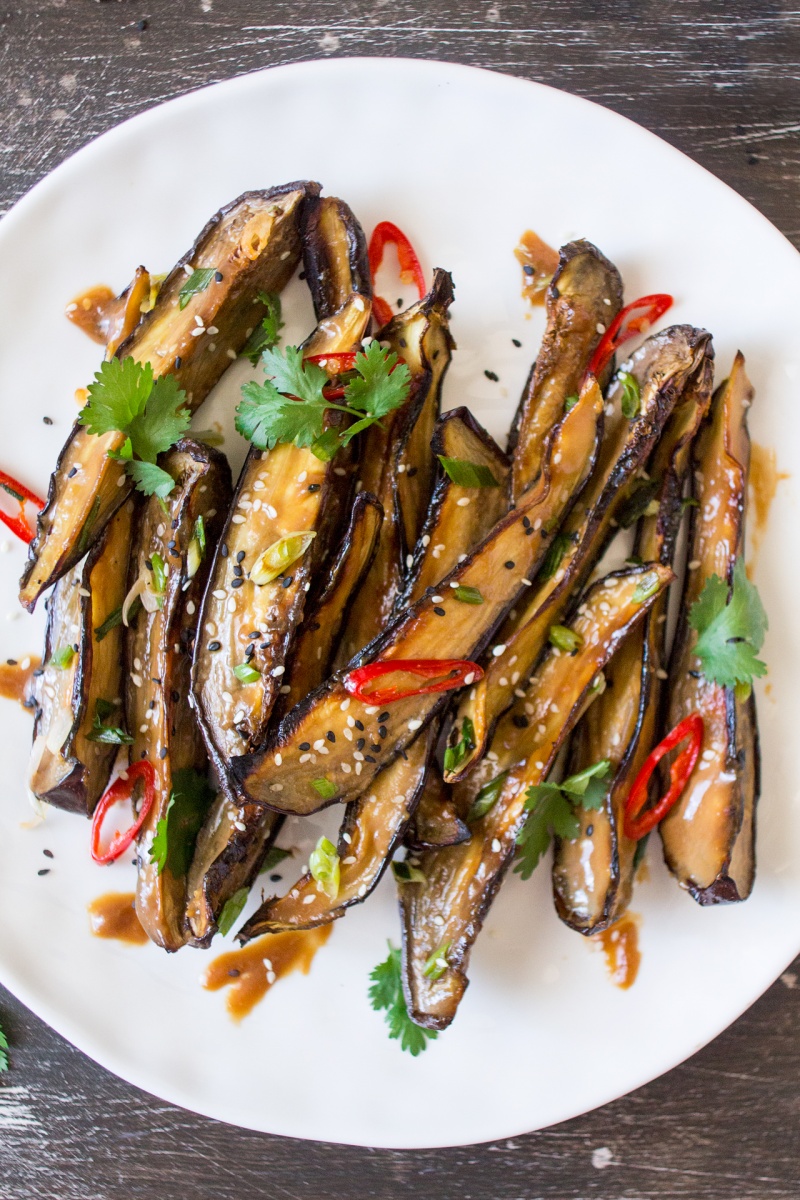 And so my love affair with aubergine continues…Plump and meaty aubergines are in season right now and it would be rude not to take advantage of that fact.

Instead of chucking them into a stew like caponata where they have to compete for attention with many other ingredients, today I made them a focal point of a Japanese-inspired dinner.

In this dish aubergines get cooked under a grill, then basted in an addictive sweet and salty miso glaze and caramelised slightly. It’s such an easy dish to make and even easier to eat!

When my friend dropped in for a chat straight after shooting we both started picking at the leftover food and within half an hour it was all gone! his was despite the fact that both of us had had lunch merely two hours earlier… 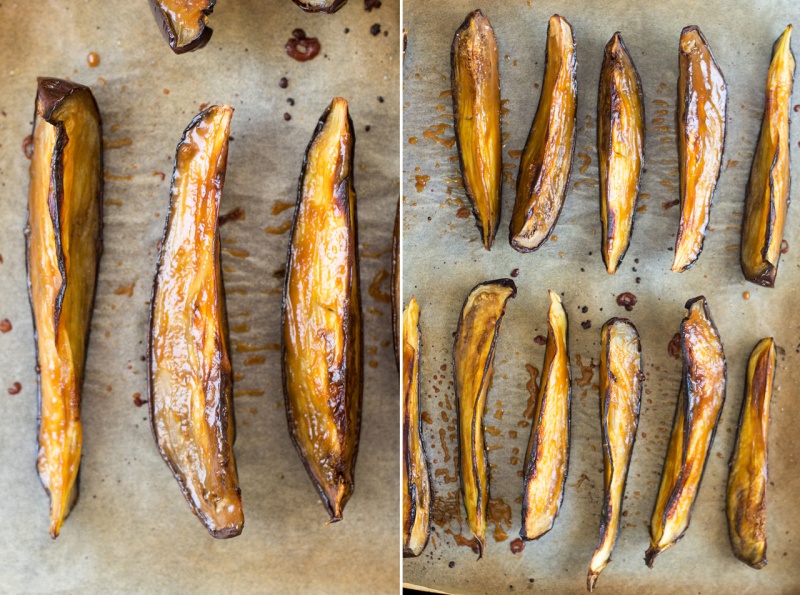 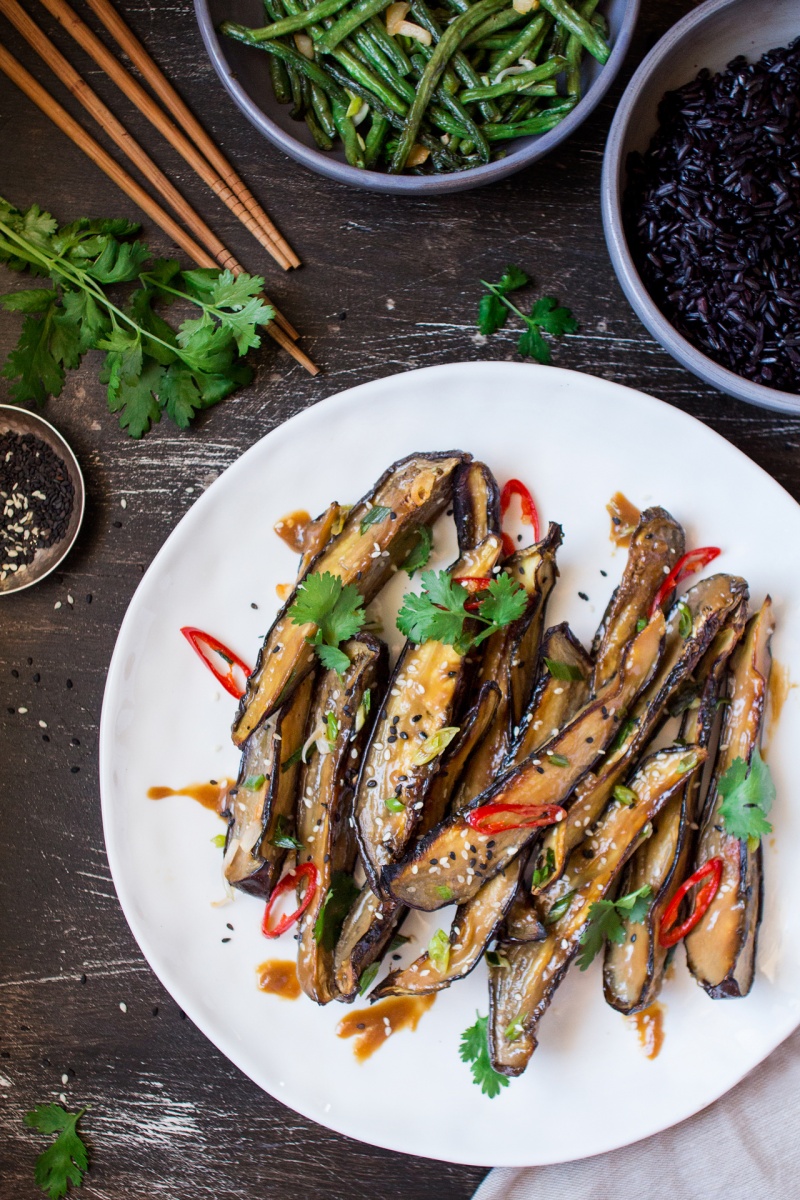 serves
2
PREP
10 min
COOKING
20 min
serves
2
PREPARATION
10 min
COOKING
20 min
1 reviews
5.0
PIN
PRINT
PIN THIS RECIPE
INGREDIENTS
METHOD
NOTES
*There is a variety of ways to prepare the aubergines for this dish. Some people cut aubergines in half, score them and bake under a grill or on a BBQ. I’ve cut mine into quarters lengthwise, and did the entire dish under a grill, but you could also use a griddle pan for the initial cooking of the aubergine. You could also chop them smaller, cook them in a wok and finish them off under a grill.

Miso glaze recipe adapted from this one.