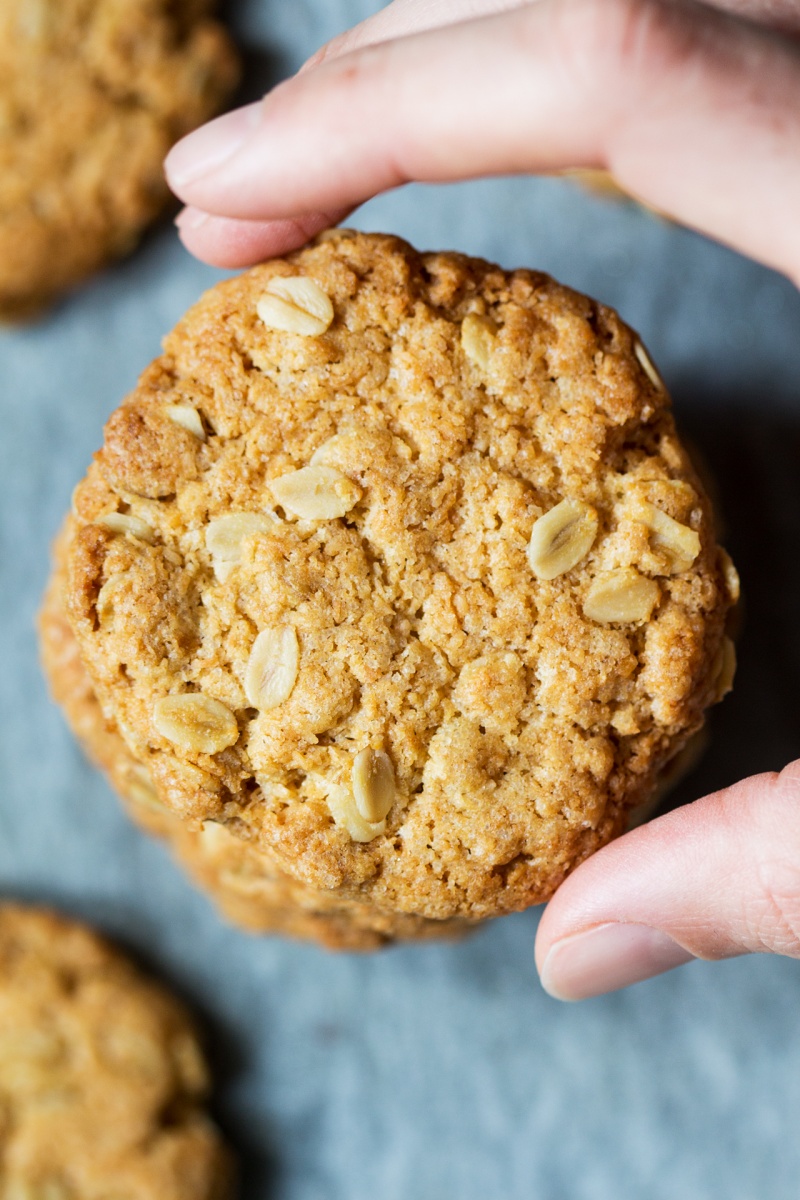 Even though I was born in Australia and lived there for 23 years, it has been a full 15 years since I moved abroad and I’m occasionally prone to a bout of homesickness. Now that I’m living in Greece, and previous to that I lived in London, my old life in Australia feels a very long way away.

I have a few things that I still follow that connect me to home, the first being cricket (which, according to Ania, is a sport based on standing in a field where everything is called a wicket) and the second being these delicious vegan Anzac biscuits.

As many Australians will know, the 26th of January is Australia day, which I’m always bittersweet about celebrating as it is the day that Australia was effectively taken from the aborigines by the British settlers. When I lived in London, Australians celebrated it by drinking copious quantities of Fosters (which is brewed in the UK) and dancing to Crowded House (which is founded by a New Zealander) in the Walkabout chain of Australian-theme pubs (owned by a British company). Naturally, I never saw the point of this, but making Anzac biscuits was a tradition I did enjoy every Australia day.

The word Anzac refers to the ‘Australian and New Zealand Army Corps’ and the reason the biscuits have adopted this name is because the legend has it that they were sent to the troops during World War I. As the biscuits don’t contain eggs or other ingredients that spoil quickly, they were perfect to ship to troops because they would still be intact on arrival. I remember once being sent a piece of my cousin’s wedding cake that I didn’t receive until 2 months after it was sent and I have seen firsthand why sending a vegan Anzac biscuit would be a better idea!

Normally these biscuits are made nearer to Anzac Day (which is a war remembrance day – April 25th), but I like to make them for Australia day as well because they are soooo good.

Whether you are sending these biscuits to a family member in a war zone or just making them so you can eat them all by yourself on the couch, these biscuits are rich, oatey and delicious. So if you are missing Australia, bake a big batch of these and even people that don’t come from Australia, don’t care about Australia, and don’t have any idea what an Anzac is, will be happy that you did… 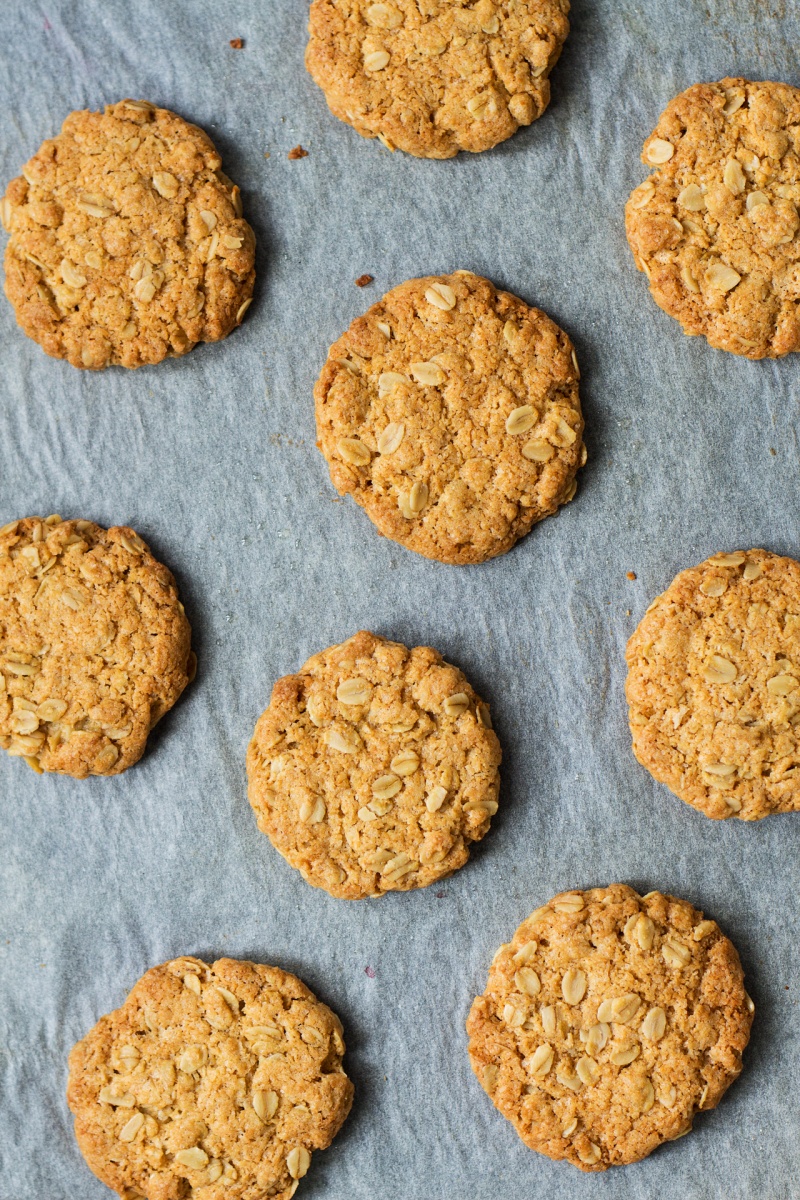 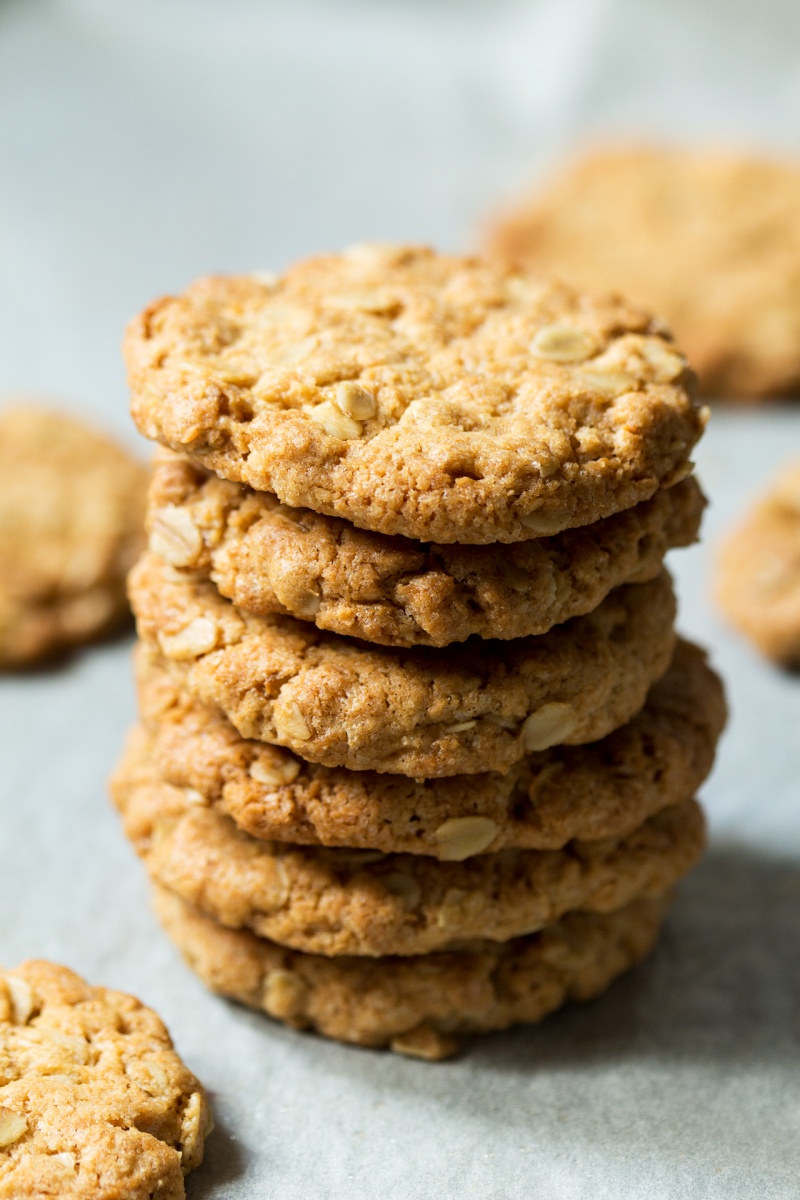