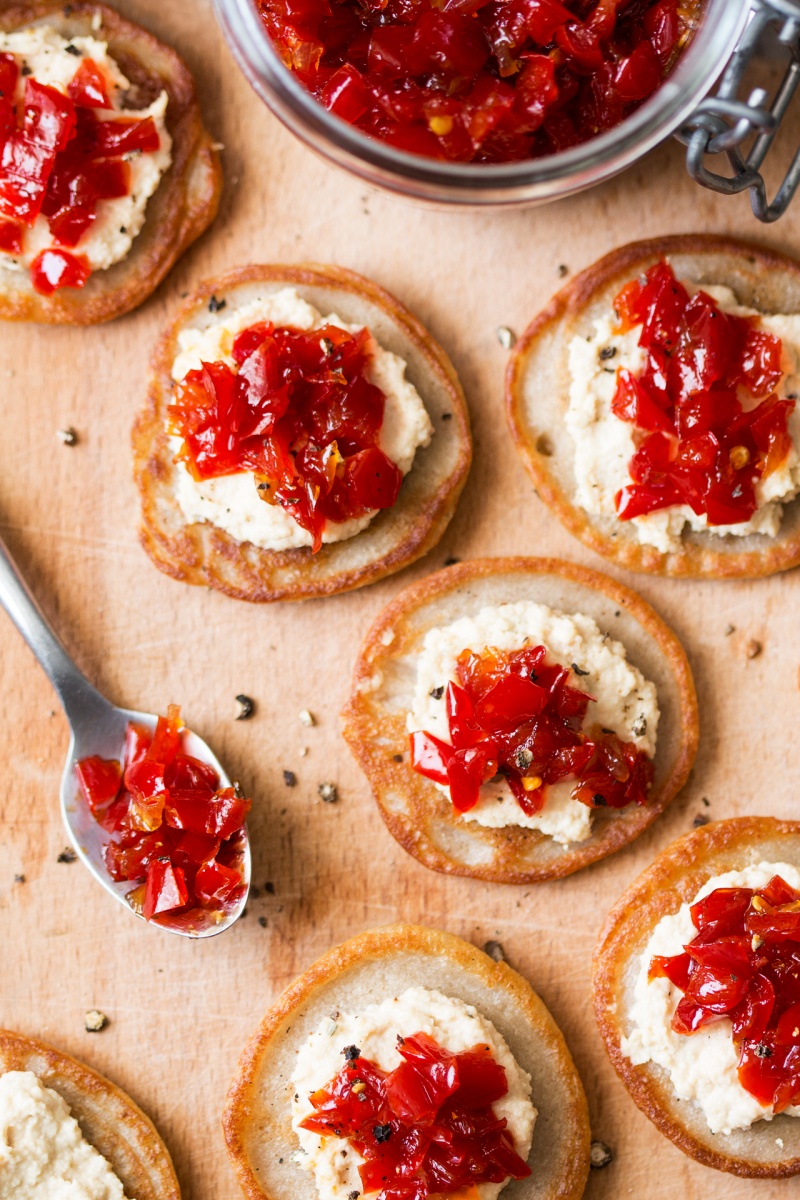 So much expectation and build-up and BAM! Christmas is over. Do you also feel like it’s the anticipation of it that’s sometimes more exciting than the event itself? Maybe it’s just me…

So those of you who are celebrating New Years’s are probably manically shopping for a dazzling outfit, getting their hair done or / and cooking up a storm if it’s you who is hosting this year.

Today’s recipe is a vegan canapé idea, which may come in handy if you’re planning something dressed up and somewhat classy. Not sure what it is about blinis (as essentially they are simply mini pancakes) but they seem classy, right?

I challenge anyone (omnivores included) not to like these festive ‘babies’. They are soft and fluffy (blinis), tangy (vegan cheese), sweet and spicy (relish) and really quite addictive. As soon as I was done with my photos for this recipe, a whole plate of them disappeared into the abyss of our mouths and that was literally hours after we both vowed to limit out constant taste testing – it doesn’t bode well for pending New Year’s resolutions, right 😉 ?

PS: If you make my vegan blinis, don’t forget to tag me on Instagram as @lazycatkitchen and use the #lazycatkitchen hashtag. I love seeing your takes on my recipes! 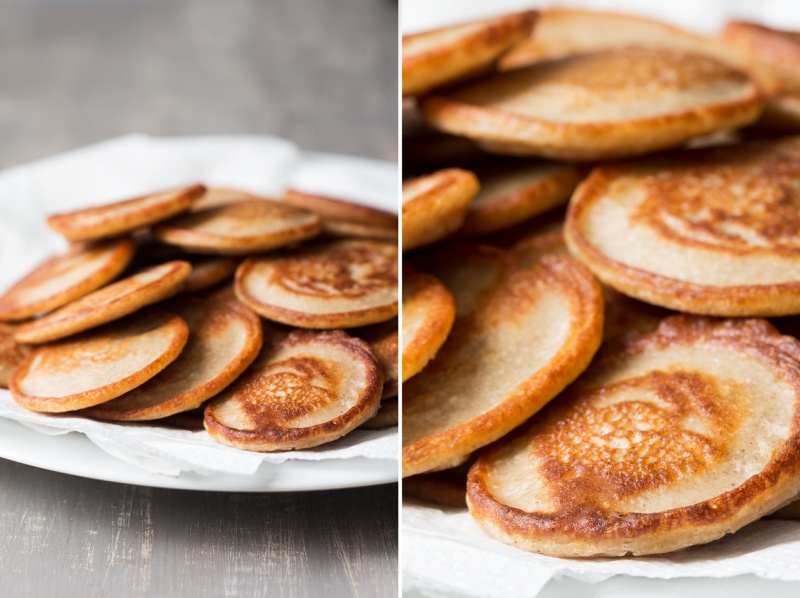 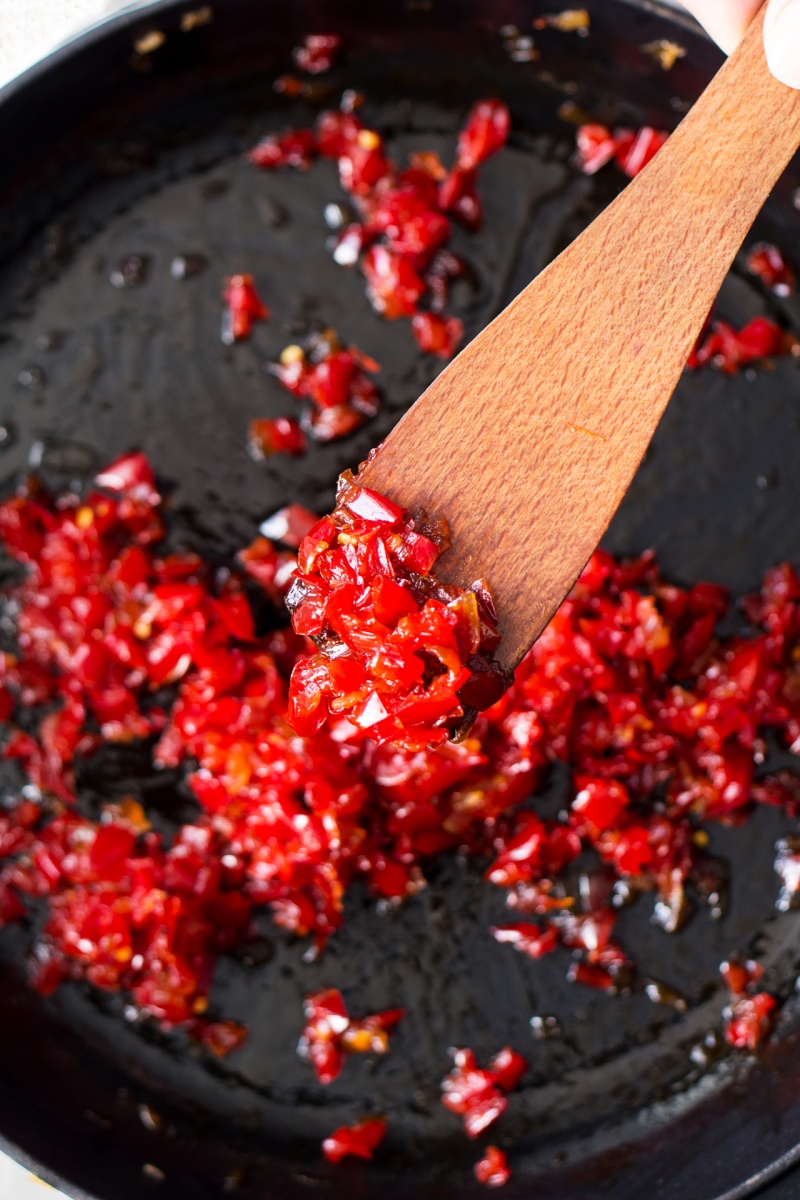 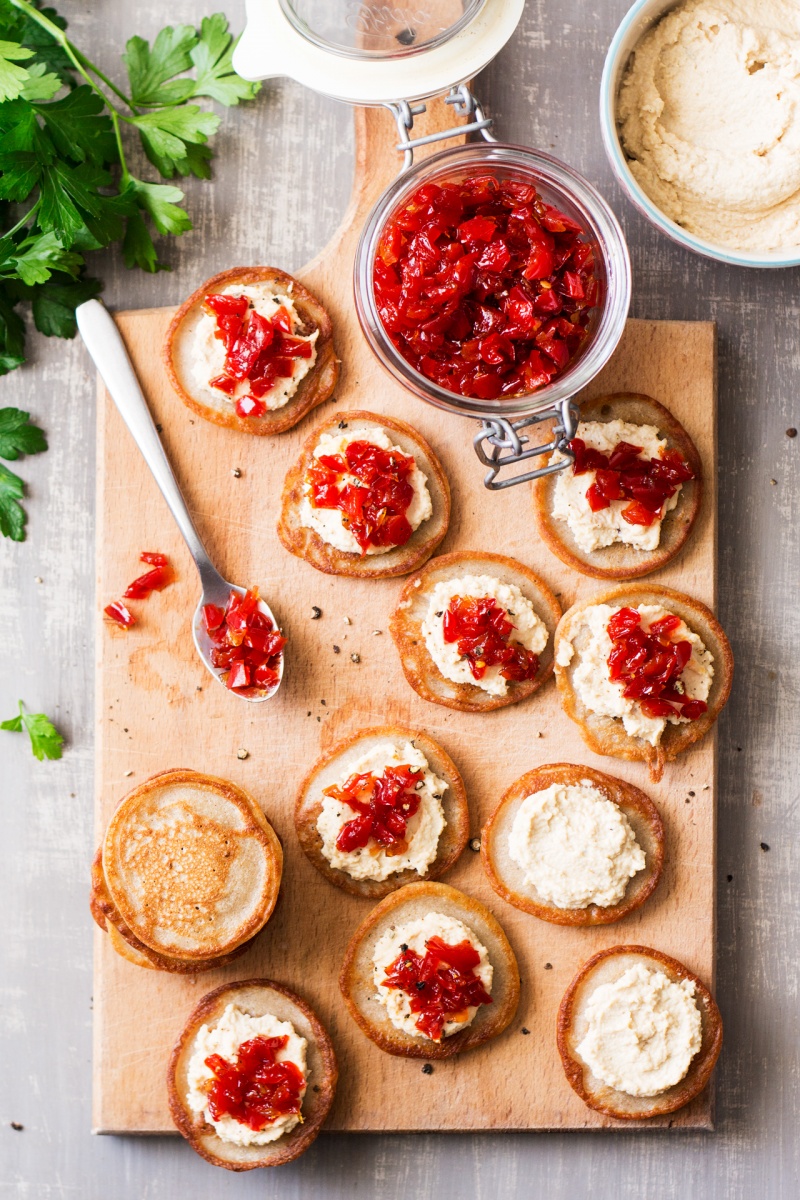 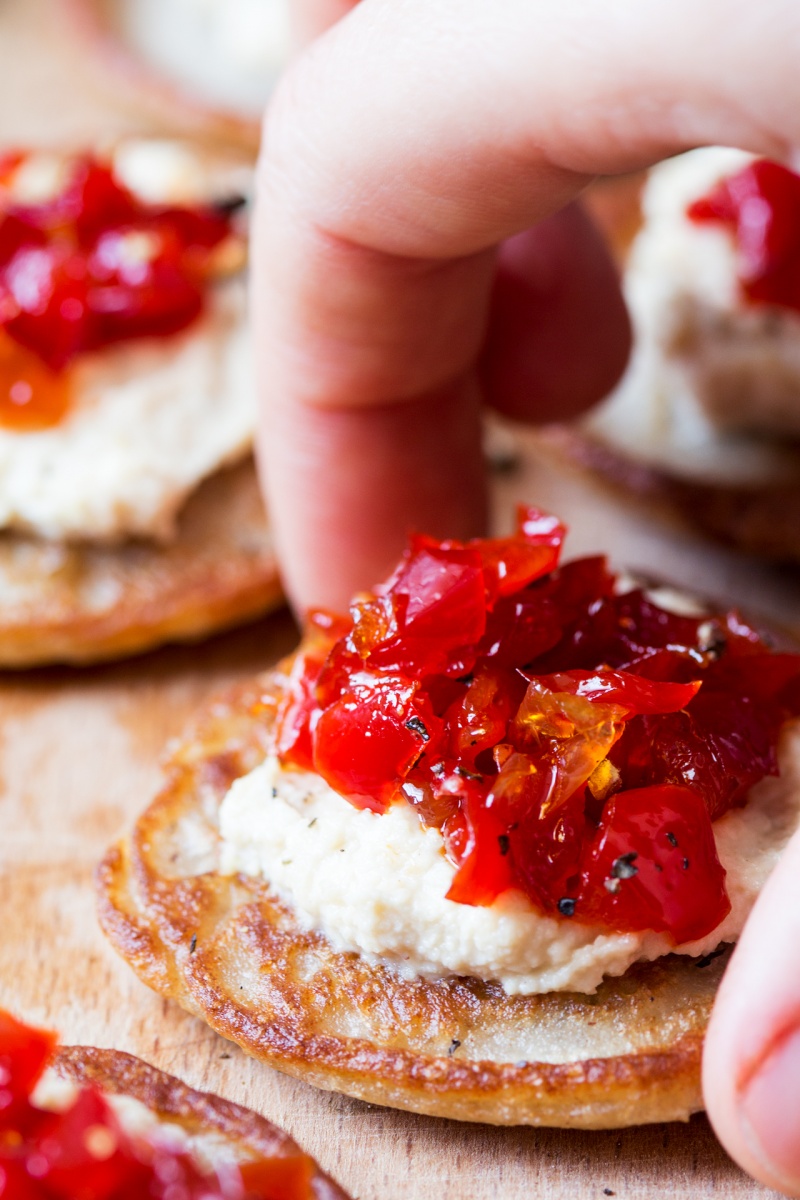 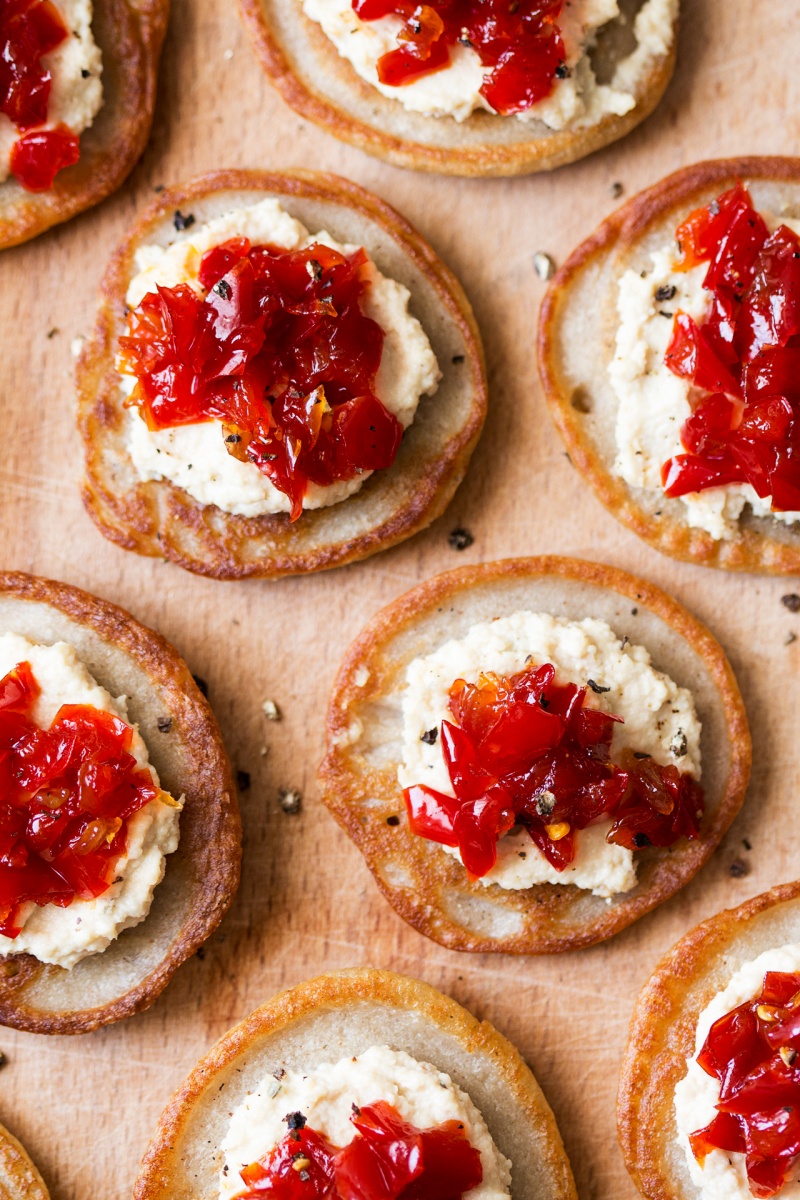 *For a gluten-free version, use rice flour or more buckwheat flour instead of all purpose flour. They will be a bit heavier but still delicious.

**Reduced aquafaba simply means simmered, without a lid on, until excess water evaporates and aquafaba becomes like an egg white. Please cool it down completely before using in this recipe.