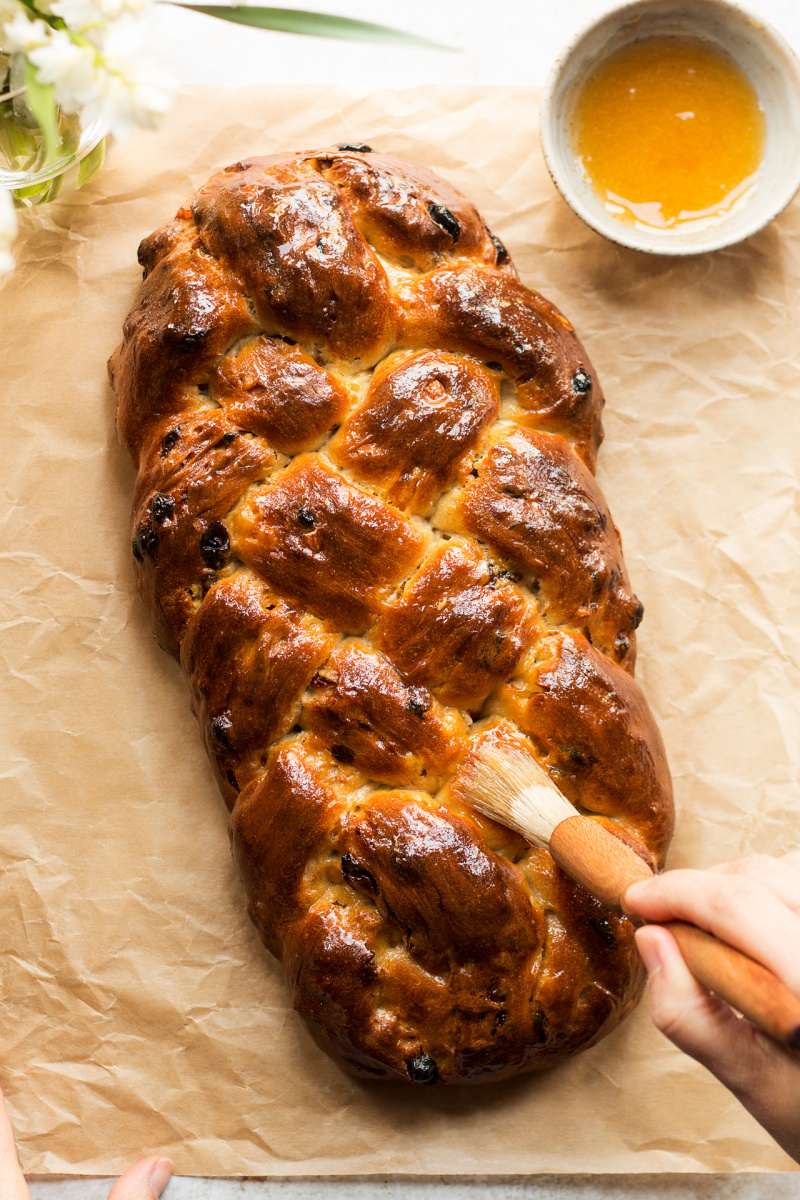 Our lazy cat (she is living up to her name!!) home is finally taking shape! We finally have a dining table and chairs, whoop whoop. And we are hoping to finally paint the guest bedroom next weekend so that my brother and his girlfriend have somewhere nice to sleep when they visit us in two weeks time. You may be wondering why it’s been taking so long? Well, we take our prep very seriously and it’s very time consuming, especially when the previous house owners clearly did not. Why bother with a masking tape when you paint two very different colours next to each other, eh? Sorry for sounding a touch exasperated. I am a little… As there are a lot of botched jobs to correct and that is why it is taking ages.

Later on today, I am hopping on a ladder to fix a spiderweb of small hairline cracks that mysteriously appeared on the bedroom ceiling all of a sudden. We did investigate the seriousness of them by the means of me walking around in the loft and Duncan watching the ceiling for movement down below. There was no movement whatsoever so it does appear that the cracks are merely a cosmetic issue, phew… But they still need to be patched up properly or they will start showing through in a few weeks after painting. So I armed myself with some jointing tape and a joint compound and after watching tens of videos on YouTube, I am hoping to be able to fix this myself. Who would have thought that those cake icing skills are so transferable, eh 😛 ?

So all this chaos is probably the reason why Easter has crept up on me AGAIN!! We don’t really celebrate it, but if we did I would feel tempted to make a sweet vegan challah packed with dried fruit and nuts. It’s not quite a bread and not quite a cake either, but it is a pleasure to eat and my twist on the traditional braided breads that are popular all over Eastern Europe during Easter and which probably all derive from the Jewish challah.

Challah and those traditional Easter breads are made from yeast dough enriched with quite a few eggs. I’ve swapped the eggs out for a mixture of orange juice and rich vegan yoghurt as I’m not a fan of contributing to male baby chicks being ground alive. While killing them in this way is the domain of big industrial farms, small-scale, local farms kill their male chicks too – albeit they use a different method – as male chicks do not bring any profit so there is no point in keeping them alive!! I thought I would throw it out there as painted eggs and fluffy baby chicks are a symbol of Easter and it’s so ironic that their fate over Easter especially (when people buy even more eggs) is anything but fluffy.

One cool thing about challah is that, eggs aside, it is easily made vegan, as according to the Jewish tradition, it has to be made with no butter, so oil is used in the traditional recipes too. This sweet bread is really easy to make and full of flavour – dotted with sweet dried fruit and chopped nuts for a bit of crunch. It would make a perfect Easter breakfast table addition or simply a fantastic companion to your afternoon tea or coffee. If somehow you manage to let it go stale, don’t throw it away. The leftovers will make a great vegan French toast or bread and butter pudding!! 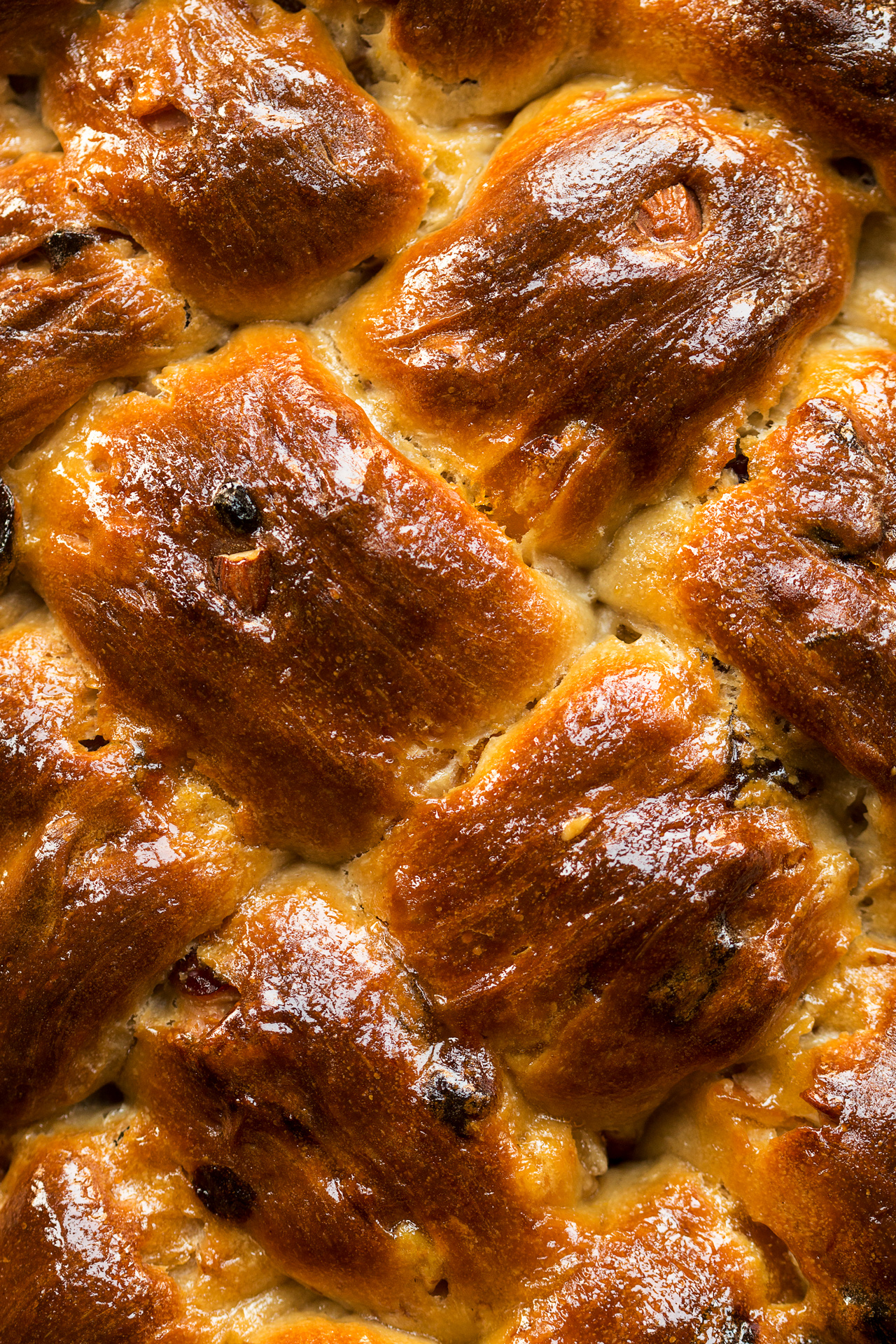 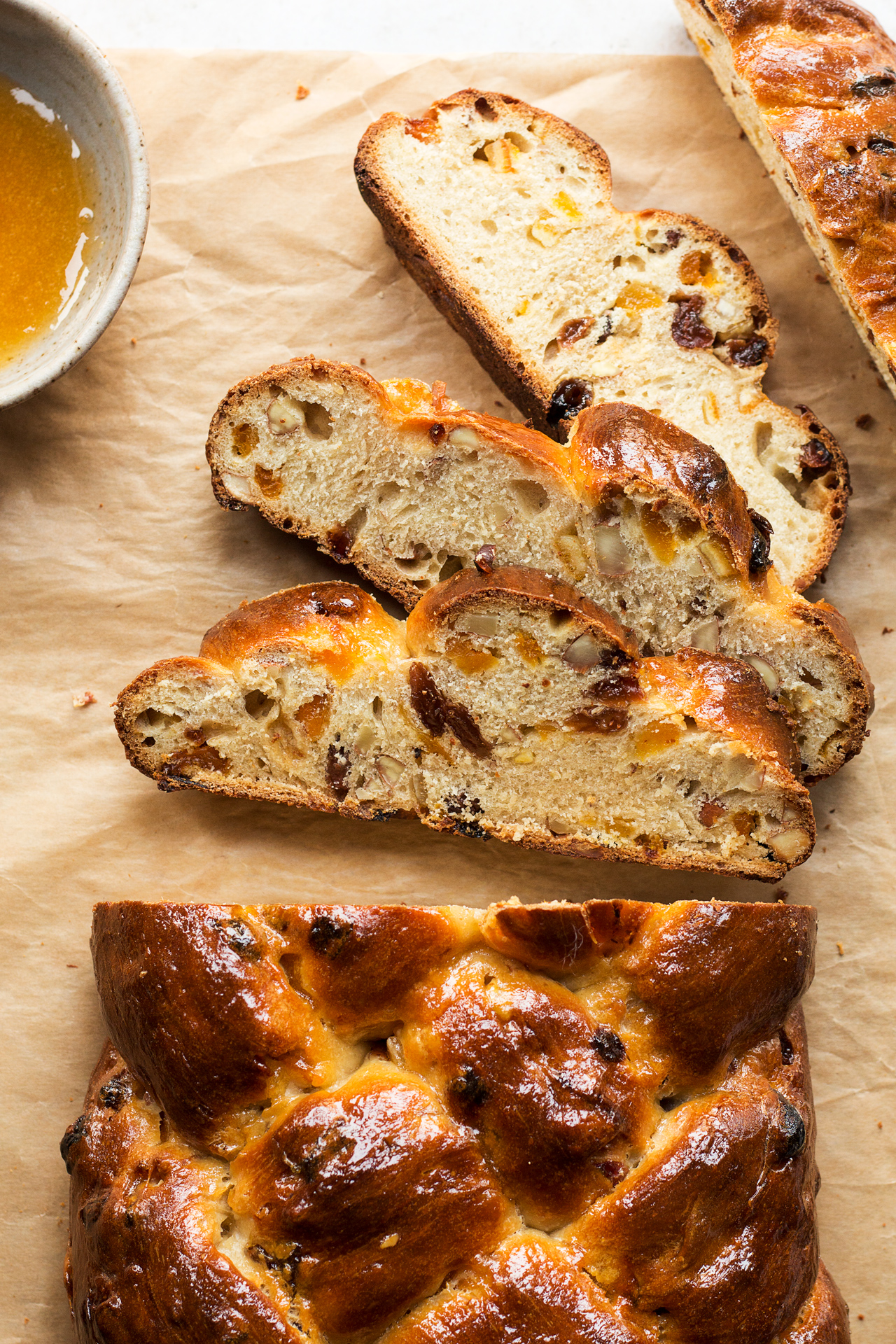 METHOD
NOTES
*If your yeast needs activation, make sure not to use extra liquid or sugar – simply use some of what this recipe calls for.

**You can also make the dough and place it in the fridge overnight for the proofing stage. The next day, punch the air out, bring it to room temperate and proceed as per instructions 7-13.