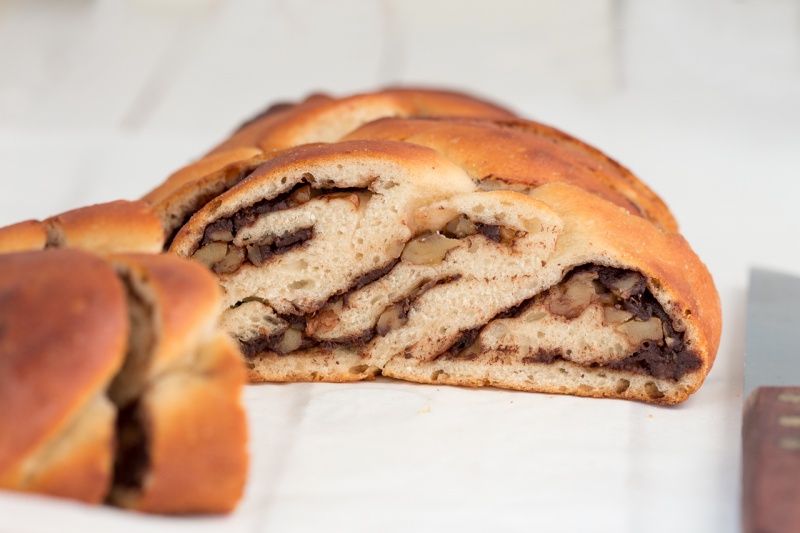 When Duncan and I first started dating, I was very impressed that the boy can cook. He made me a lovely meal on one of our first dates and I don’t think I let him know just how food obsessed I was that early on. I was secretly pinching myself as I have never dated anyone with any sort of cooking skills before. When I told him that I’ve never had a guy cook an elaborate meal for me before, he was very matter of fact about it. ‘I’m from Melbourne…’ he said, ‘…and Melbourne guys can cook’. Why didn’t I know about this amazing city full of guys who like cooking before?

When we moved in together, I took on more cooking, especially now as it is my ‘sort of’ job – I’m lucky, aren’t I? There is one thing I am not even attempting to learn though and it’s bread baking. Bread (and any sort of yeast baking) is Duncan’s domain and I think he is keen to keep it this way so I stay away and enjoy being baked for now and again.

He is really good at it. His slight obsession with precision (a mild OCD between you and me) comes into its own as far as baking is concerned. He is completely self-taught and a proof that if you put your mind to it, you’ll eventually master any skill you set your sights on.

Today, Duncan made me an amazing vegan challah oozing deliciously rich dark chocolate and crunchy walnut filling. It is to die for and despite my best efforts, I was not able to stop at a single slice. It is so good I’ve had to be dragged away from it…

PS: If you make my chocolate and walnut vegan challah, don’t forget to tag me on Instagram as @lazycatkitchen and use the #lazycatkitchen hashtag. I love seeing your takes on my recipes! 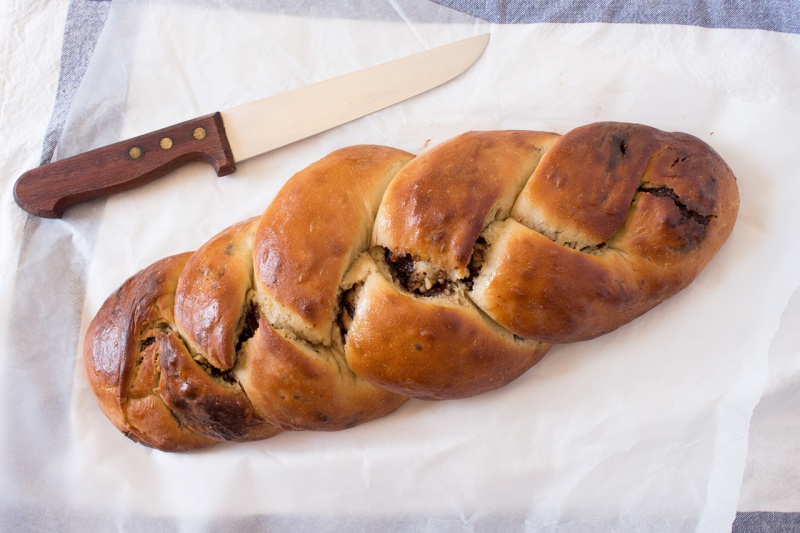 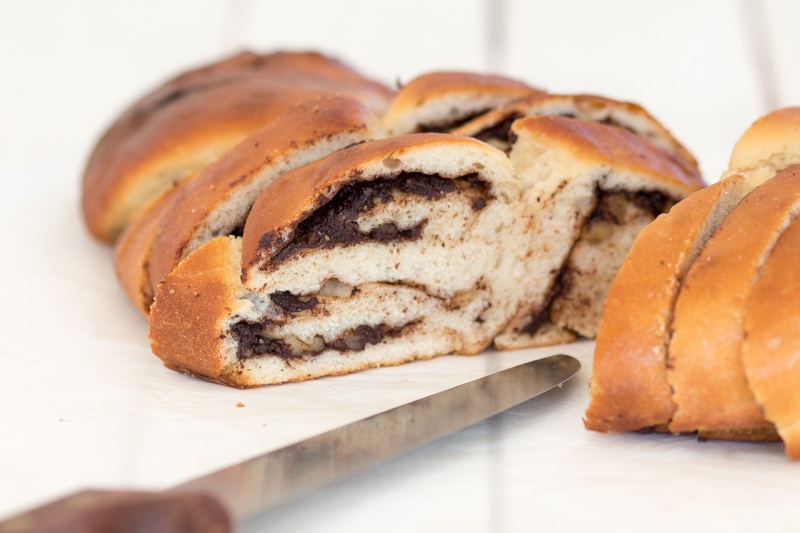 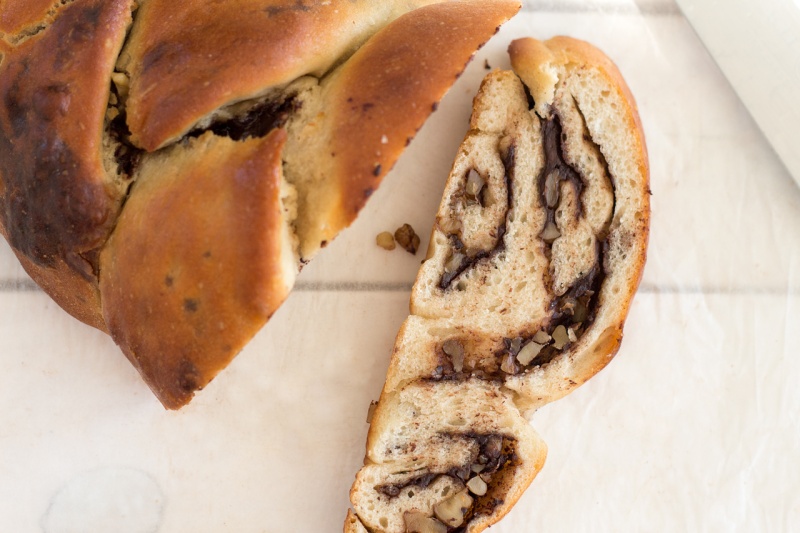 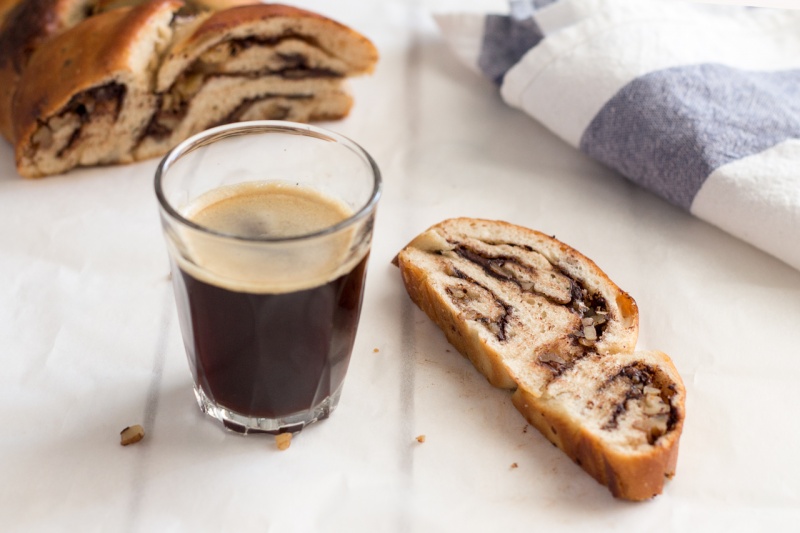