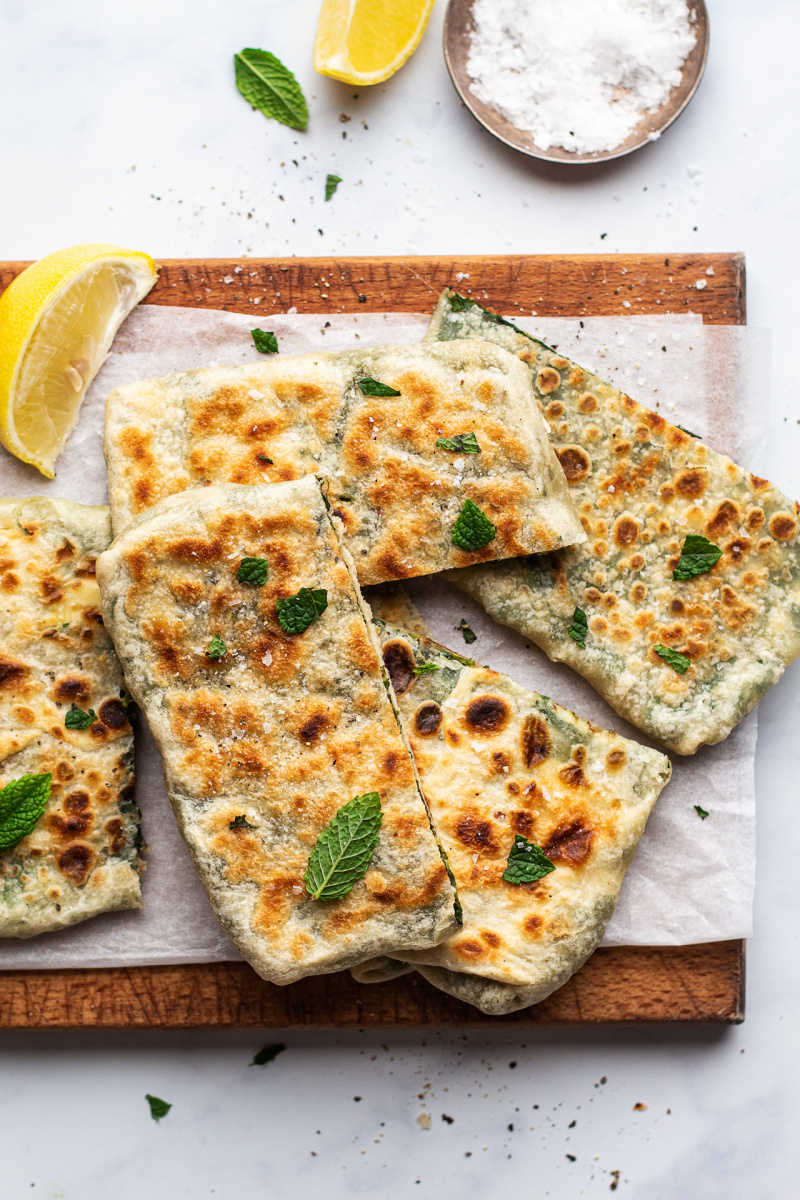 Happy Wednesday guys! I hope your week is peachy? I’m excitedly awaiting our sideboard delivery, which is happening this Friday and cracking on with DIY in between recipe testing – what a dreamy combo… A dash of caulk in your dessert anyone?

I did approximately half of the caulking last weekend, but there are a few tiny gaps that have opened up where the caulk shrunk too much and so I have to fill them again. I also have quite a bit of sanding and tidying up to do as I go along before I can whip my paintbrush out. Things take a long time if you are after a good finish, but we are certainly getting there. Finally! When I look at the photos of what our living room looked like 15 months ago, when we bought this house, it is completely unrecognisable. We stripped the ghastly wallpaper off the walls and ceiling, we knocked down two inbuilt cupboards, removed a picture rail, had a wall knocked down, replastered the walls, had new radiators installed, the floor levelled and restored, painted the walls and ceiling, installed a new ceiling lamp and are now approaching the end of installing the new skirting. It’s been a big job and we are thrilled to be on the finishing stage.

Today I bring you a semi-healthy (it does feature plenty of spinach, right?) snack that hails all the way from Turkey. It’s called gözleme, it’s easy and fairly quick to make and it features fresh spinach, which is now is season, and a simplified version of my homemade vegan feta. It’s a crispy, chewy, salty, creamy and savoury parcel of deliciousness. Trust me, I’ve polished off way more than I care to admit while perfecting this recipe and shooting. They are just so easy to eat, hot off the pan.

Gözleme reminds me of two things. Firstly, in my 20s I lived a stone’s throw from the buzzing Harringay Green Lanes London high street with a plethora of Turkish grocers, baklava shops (my obvious favourite!) and kebab houses which, when quieter during the day, sold steaming hot gozleme from their windows. The cooks were so skilled and I loved watching them work from the window of a bus sometimes. The second thing I’m reminded of when I tuck into one of these is having a spinach gözleme in several of Istanbul’s glorious food markets (how I wish we had something like that here) several years ago when travelling wasn’t something fraught with danger. As it will be a while before we are able to board a plane to visit somewhere like Turkey, I will travel by reviving my old food memories in my own kitchen for now.

PS: If you make my vegan gozleme with spinach and feta, don’t forget to tag me on Instagram as @lazycatkitchen and use #lazycatkitchen hashtag. I love seeing your takes on my recipes! 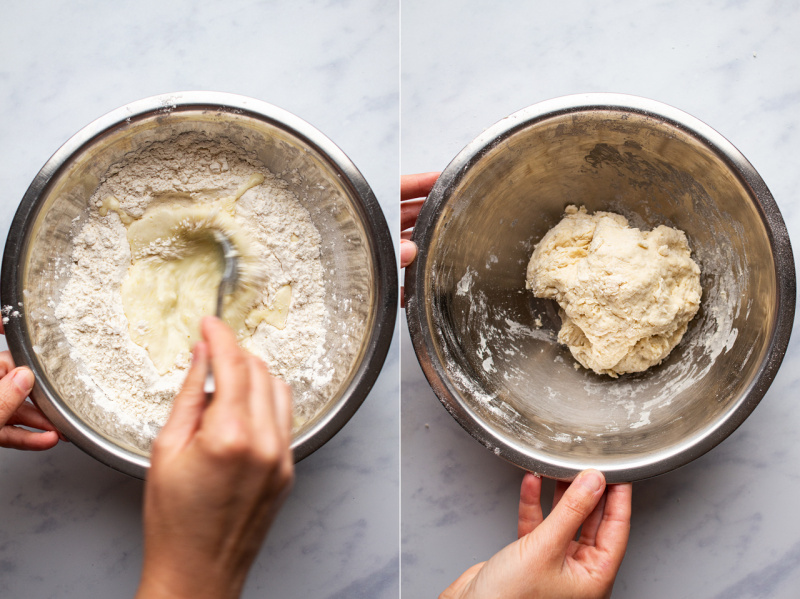 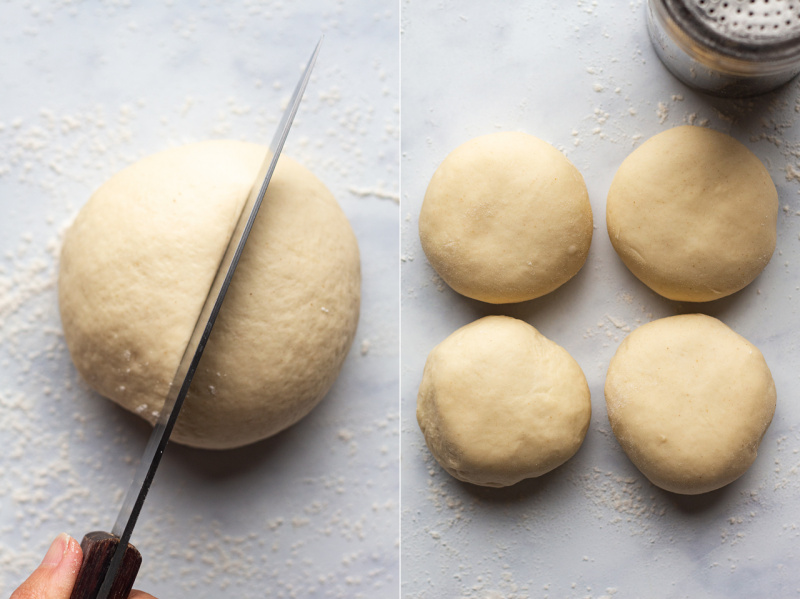 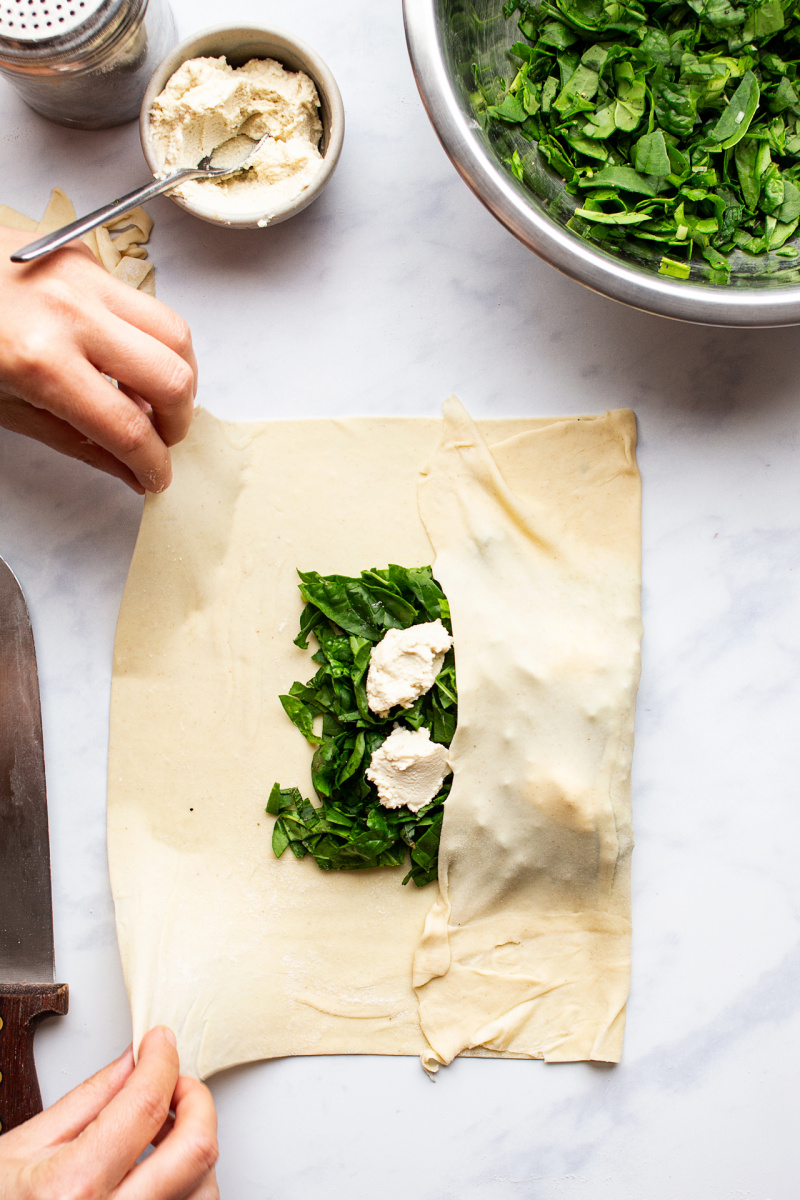 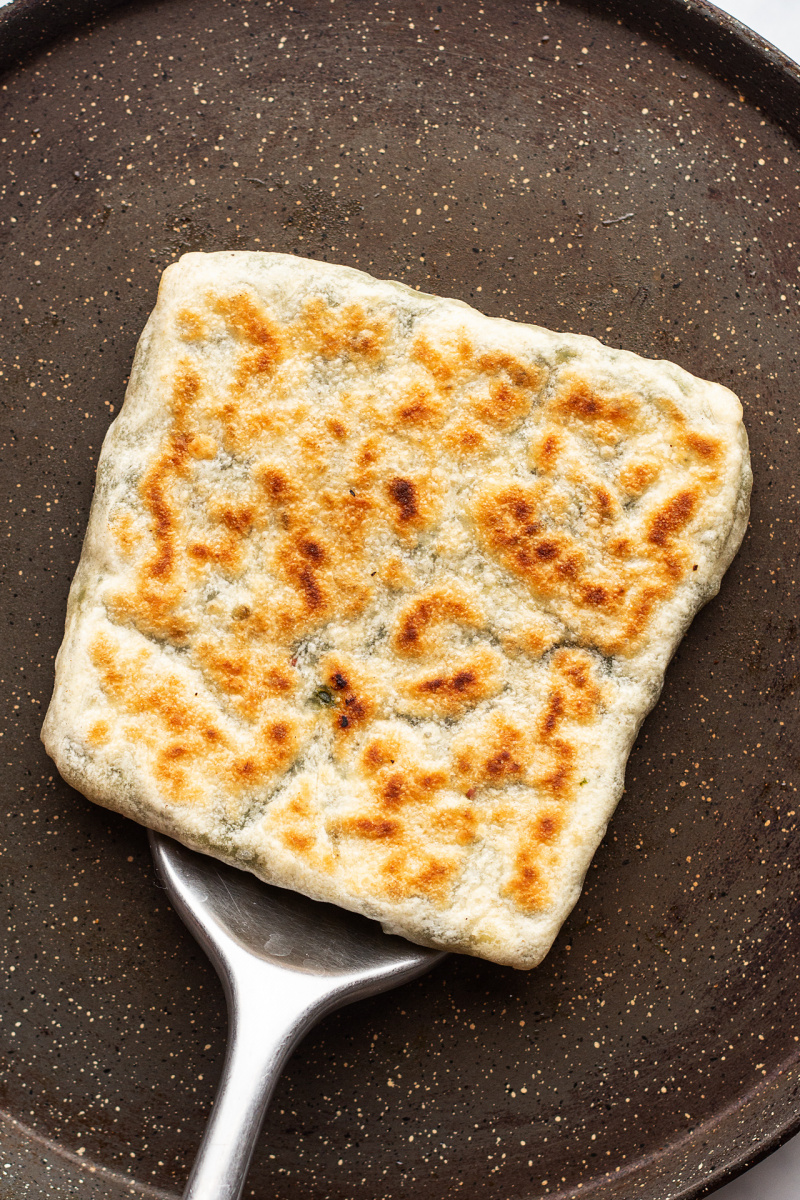 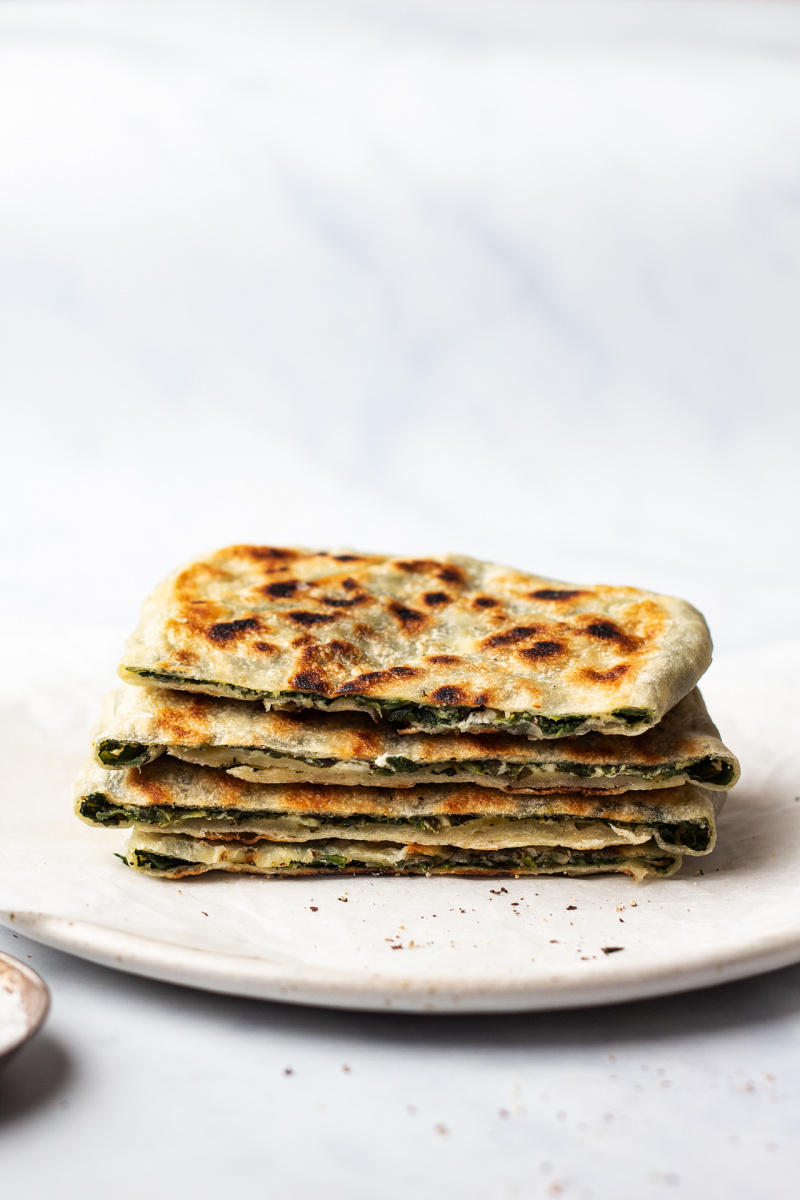 *I tested a gluten-free version of this dish as many of you always ask for a GF option. As a gluten lover, I do prefer the version made with wheat flour as it has a nice chew that is hard to replicate without gluten, but having said that the gluten free version was sound and I am pretty sure that someone used to not eating gluten will find it enjoyable to eat, so I’ve included it here. As in the case of the regular version, it is important to roll the dough out as thinly as you possibly can.

**I did test this dish with shop-bought feta (by Violife) and while I do enjoy it occasionally in its raw form, it did not work very well in this dish. When heated up it turns into a bit of an oily mess so please be aware. I do recommend making your own ‘feta’ from almonds or tofu here as it is much nicer in this context, but I’m sure there are other brands of vegan feta (vegan cheese in general) that work well when hot.