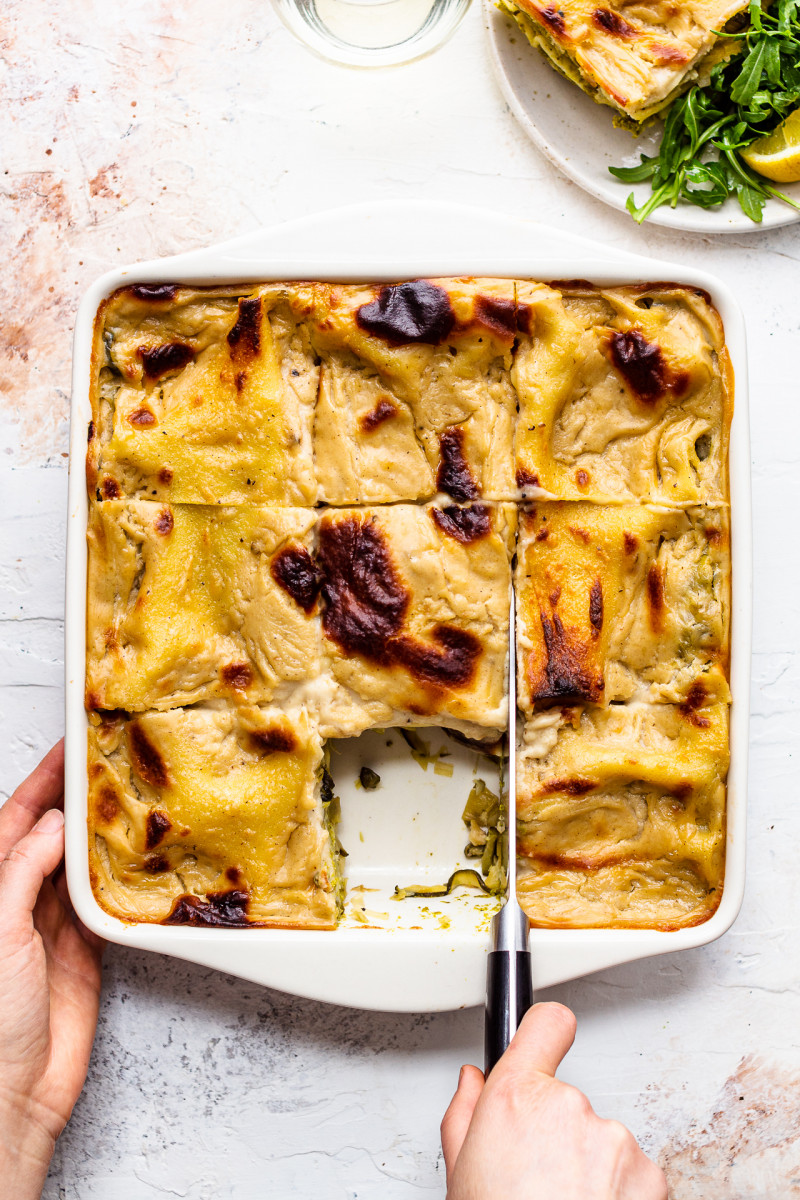 Hope you are doing well and enjoying this, long if you live in the UK, weekend. I’ve had a bit of a challenging week recipe-wise, on Friday just as I sat down to edit the photos for this recipe, my computer has had a malfunction and I lots a bunch of photographs for this recipe.

Initially, I wasn’t so panicked as I was convinced to have them on my memory card, but luck wasn’t on my side. For some reason, I must have switched that option off by mistake and the photos were lost forever. I roped in Duncan to help, but we have not managed to recover them unfortunately. This is why this recipe is missing a few photos of the ingredients and filling preparation, I’m really sorry. Luckily, the process is so straight forward that they are not that necessary anyway.

Today’s dish is a simple Spring inspired lasagna (known as lasagne primavera in Italian) with bags of flavour and as little process as it could possibly get away with given the nature of the dish. My initial recipe was a little more complex and more involved, but then I decided to simplify it to create something anyone could make. I’ve made several versions of this dish and it has been a huge hit in my house. In fact, Duncan is kayaking all weekend and I sent him away with an entire tray of this lasagna – he was overjoyed as it’s delicious, really filling and involved no prep on his part, which is ideal after you’ve been trashing yourself in the freezing cold water all day. I hope you’ll agree. 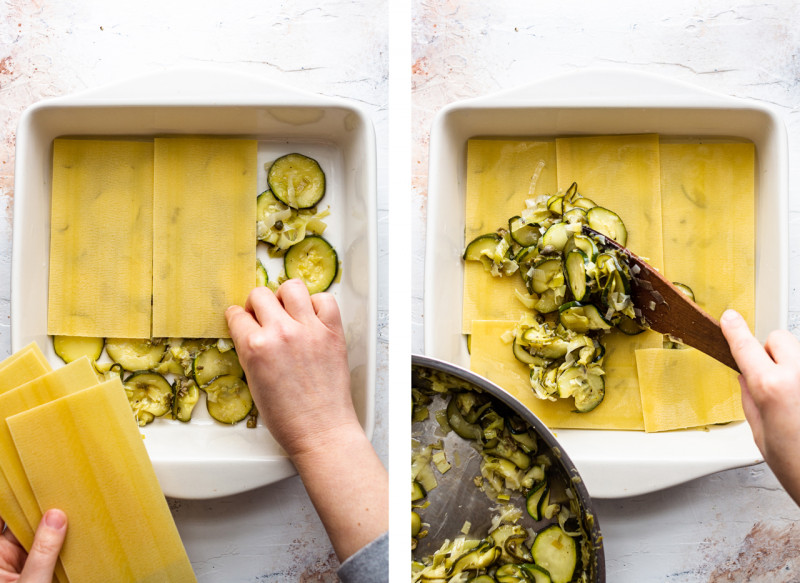 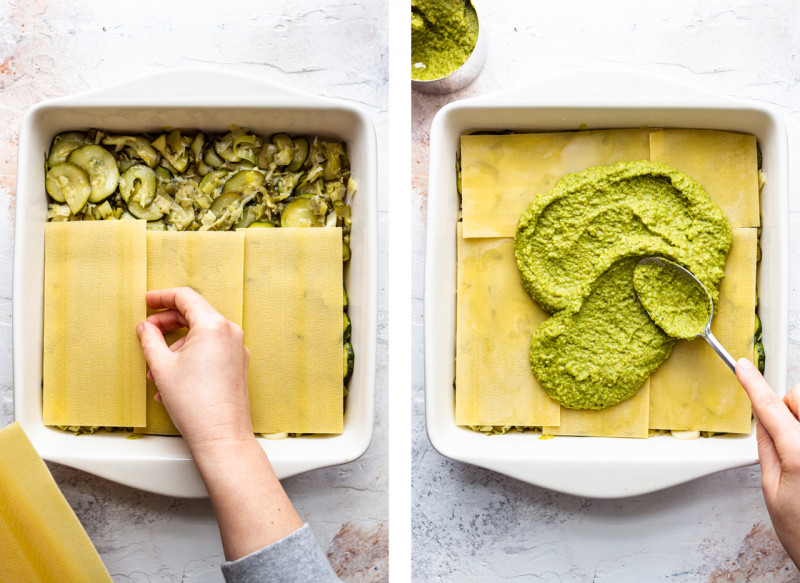 Cover with another layer of pasta and all of the green pea mixture. 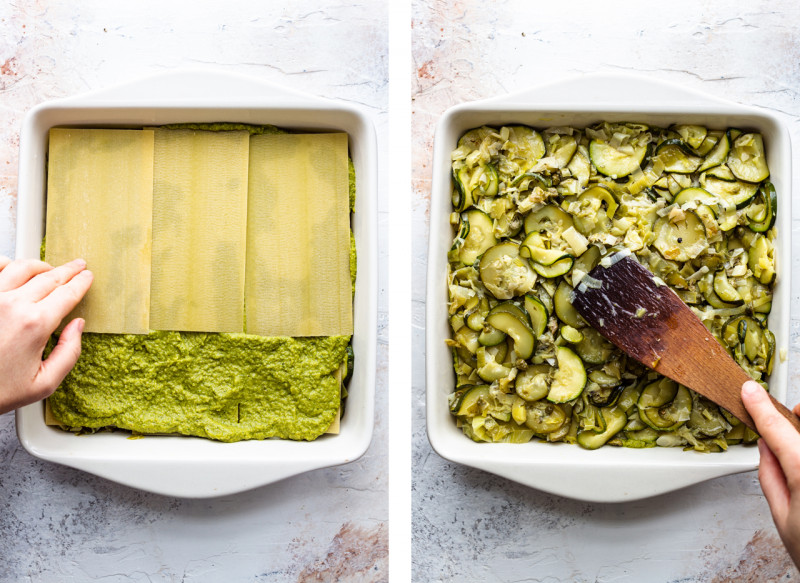 Cover green pea layer with another layer of pasta and the other half of the zucchini mixture. 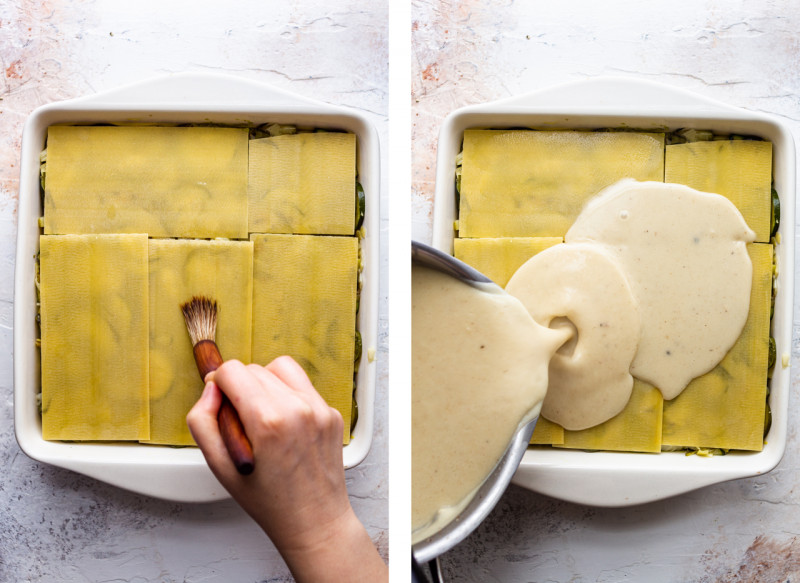 Finally, put the last layer of pasta on, brush some water onto the pasta so that it doesn’t suck out too much moisture from the bechamel and spread bechamel on top. Bake for 40 minutes! 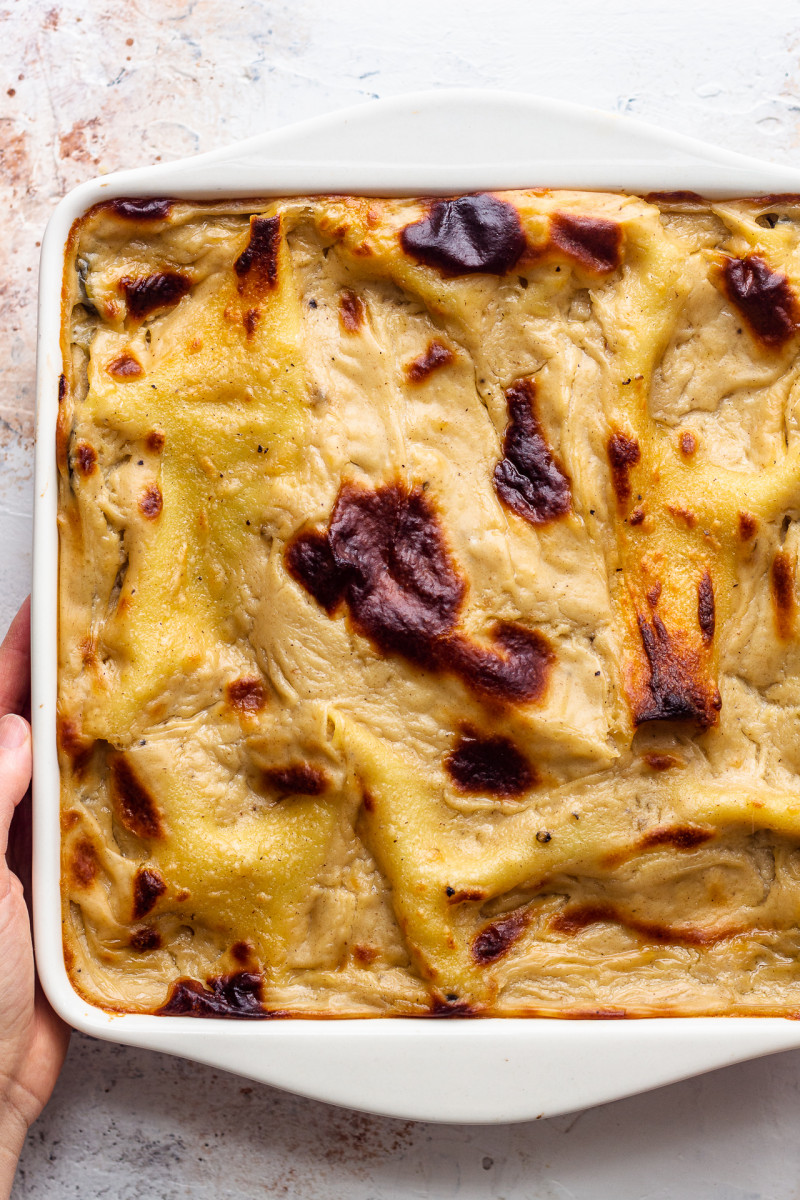 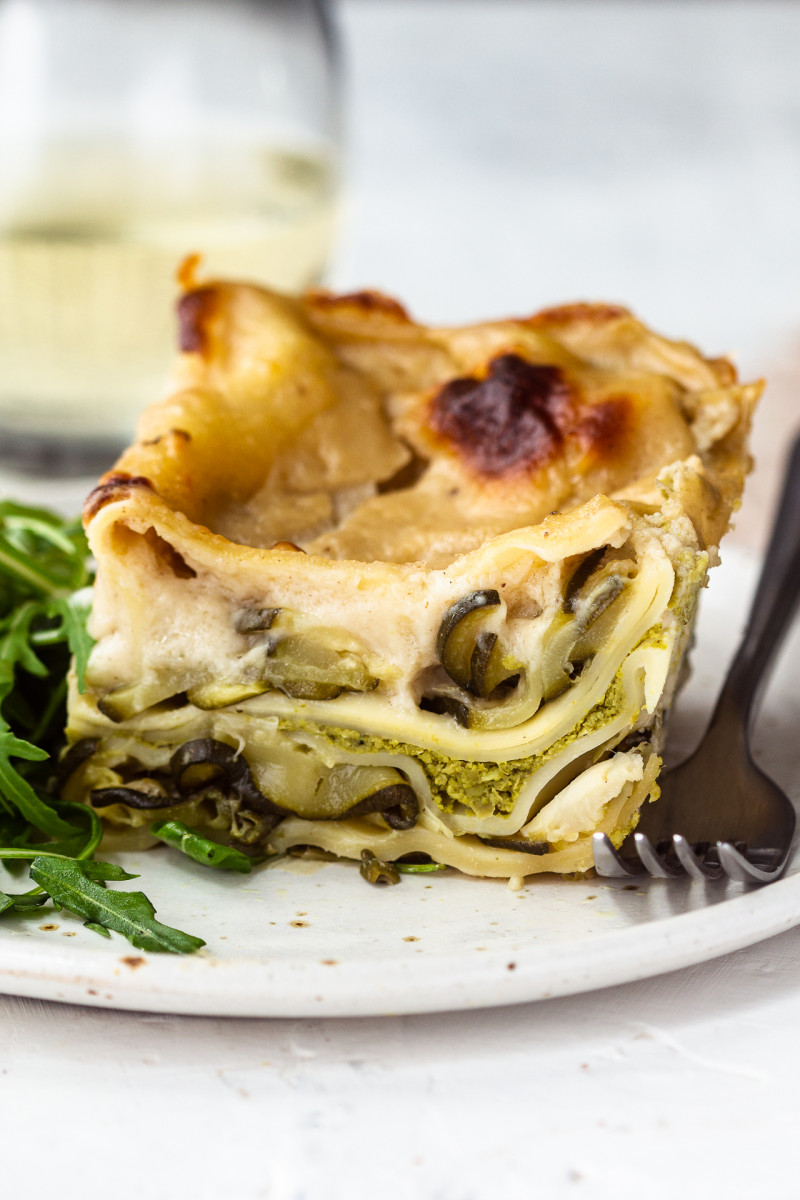 NOTES
*LASAGNE SHEETS: ideally you want get the sheets that only need 40 minutes in the oven to cook (in the UK, they are available in most supermarkets). Check the packet instructions to make sure that you don’t need to pre-cook yours.

*WHITE WINE: if you avoid alcohol, use veggie stock and a squeeze of lemon juice instead.

*ROASTED GARLIC: To roast the garlic, cut the top of the garlic head off (I recommend roasting 2-3 at the same time) and drizzle the exposed cloves with a small amount of olive oil. Wrap the garlic in a piece of kitchen foil (or a few layers of baking paper) and bake for about 30 minutes in a 200° C / 390° F, until the cloves are soft and sticky.

The baking dish I used is a square 25 cm / 10″ dish, but another shape dish of similar surface area will work just as well.