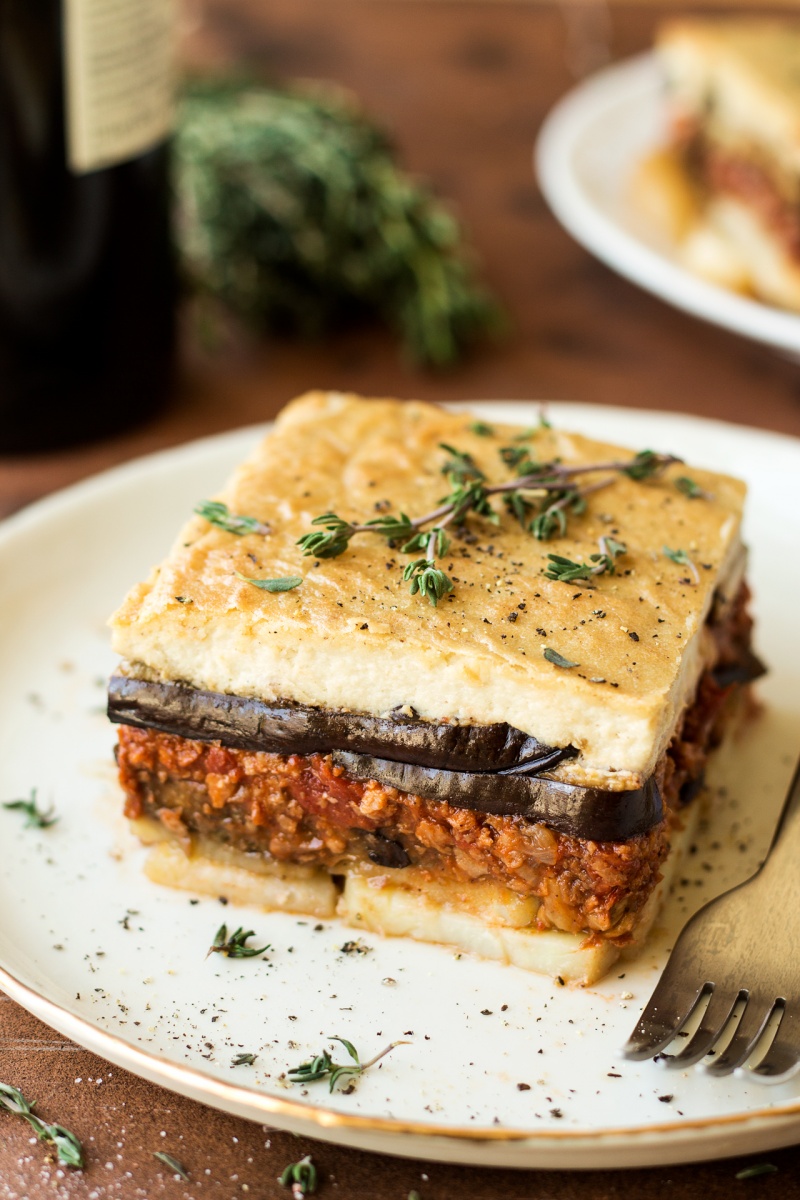 After two weeks of relaxation and soaking up the sun in Greece, I thought it’s time to treat you guys to some Greek inspired food again. First off, my second take (first one here) on a world-famous Greek bake – moussaka. As it typically contains both meat and dairy, we only had it once during our stay on Crete (a vegan moussaka that is) and while we were super chuffed to find it, I wasn’t blown away by it so I decided to tinker with the idea in my own kitchen again.

From living in Greece, I do know that it’s possible to find amazing vegan food in local tavernas, but if you are a discerning vegan, you need to either get lucky, or work out the best place by trial and error, which naturally takes some time. We were staying in different places along the south coast for 3 days at a time so we didn’t have much time and luck wasn’t on our side on quite a few occasions too.

After a few very underwhelming meals, I decided that I’d rather cook until we see a new place worth trying, so we ended up alternating going out for dinner with staying in. Duncan felt for me, but I really didn’t mind so much as the produce was so nice and the kitchen equipment so minimal that simple dishes were the only ones I ever attempted: veggie stews, pastas and salads if it was particularly hot and I was feeling lazy.

When most things on the menu contain meat or cheese, going out for 2-3 meals a day becomes a chore. Plus, my body doesn’t appreciate greasy food and most veggie taverna dishes are liberally drizzled with olive oil. Don’t get me wrong, I don’t have anything against olive oil. I use it daily myself, but as opposed to the Greeks, I am rather vigilant about the quantities 😉 .

I remember going out for a meal with a couple of Greek friends and they wanted to drizzle some extra olive oil on an already glistening mezze plate that we were about to share. I asked them if I can move my portion out of the way first and they proceeded to tell me how healthy olive oil is. I didn’t want to argue, but I personally feel like this message has been taken out of context and a little bit too literally. Oil is oil and no matter what plant it is extracted from, your body barely needs it if you consume other fat-rich foods like nuts, seeds and avocados.

So you may be pleased to know that this moussaka requires very little oil, but if you think I’m an oil-phobic freak, fair enough, feel free to override me. I used 2 tbsp to make the ragu and an extra one to brush the baking tin and the potatoes with. I don’t brush the aubergines as I don’t find it necessary at all, they do rather well without any oil when baked and in the moussaka, as they get plenty of moisture from the layers they are sandwiched between. This moussaka may be healthier than the traditional, but it’s still rather indulgently crowned with a generous layer of cashew-based béchamel that rounds all the flavours off nicely. I sincerely hope it will hit the spot. καλή όρεξη!

PS: If you make my vegan moussaka, don’t forget to tag me on Instagram as @lazycatkitchen and use the #lazycatkitchen hashtag. I love seeing your takes on my recipes! 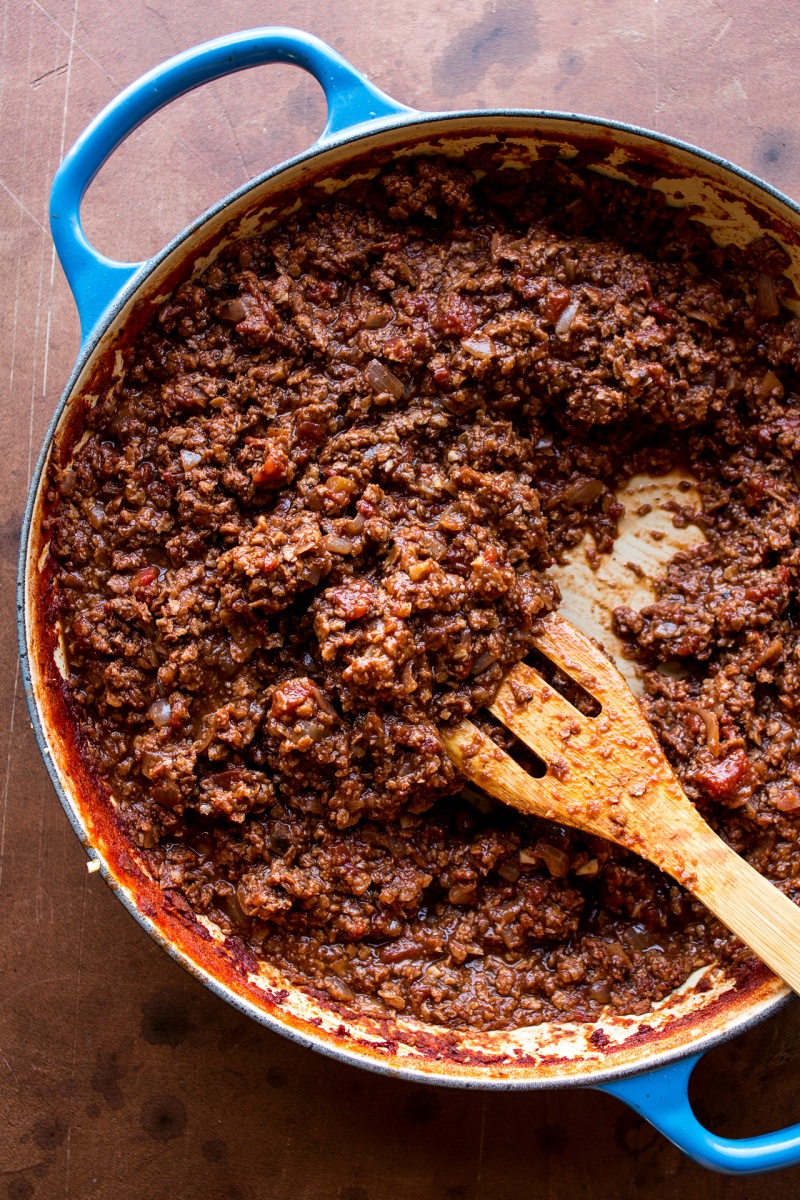 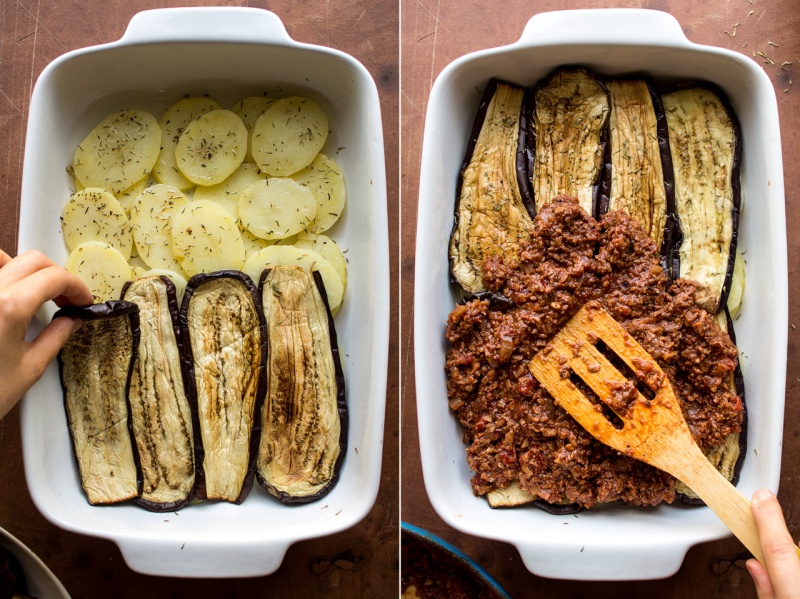 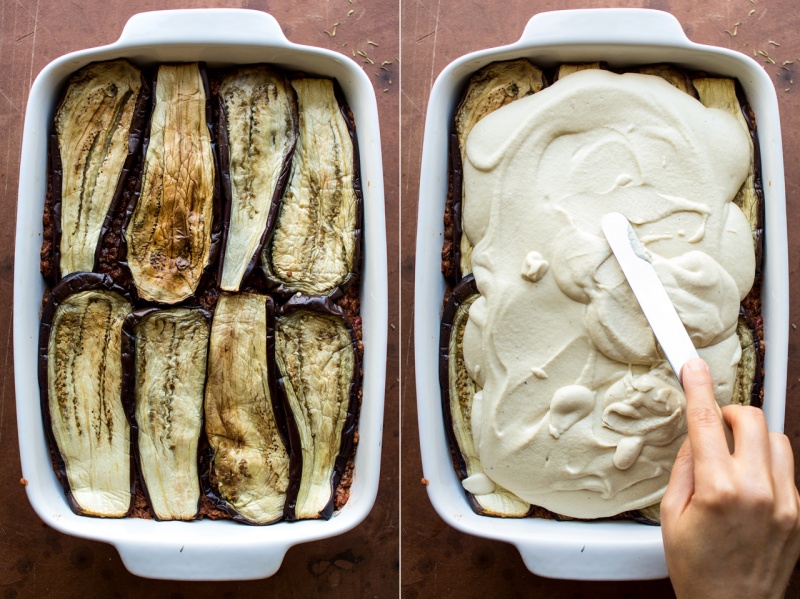 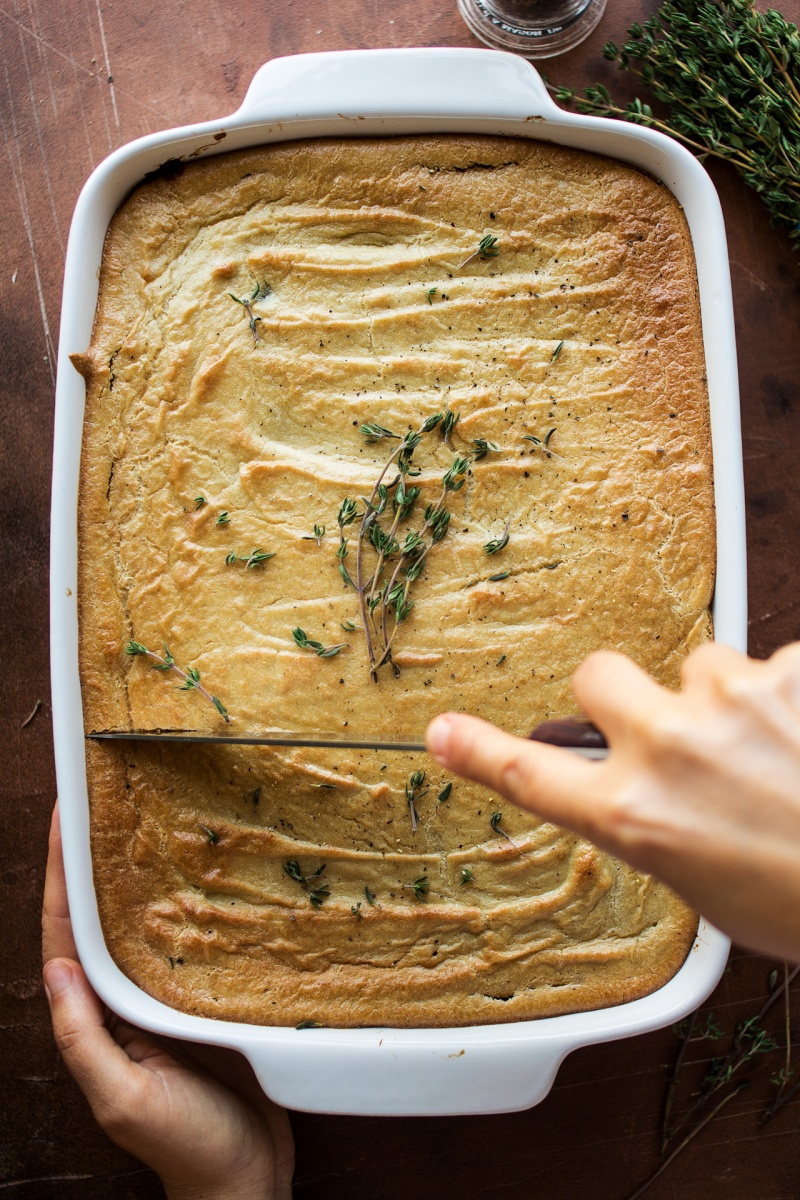 *If you don’t want to use soya mince, you could also use green or Puy lentils, crumbled firm cotton tofu or ground up tempeh.

The Pyrex dish I used for my moussaka had the following dimensions: 26 cm x 19 cm x 5 cm.

Some people advocate salting the aubergine for an hour before cooking as the salt is meant to draw out the bitterness, but I’ve forgotten to do that a few times and never tasted any bitterness. Do it ahead of baking if you want, but make sure you rinse the salt off really well and pat all the slices dry before baking.