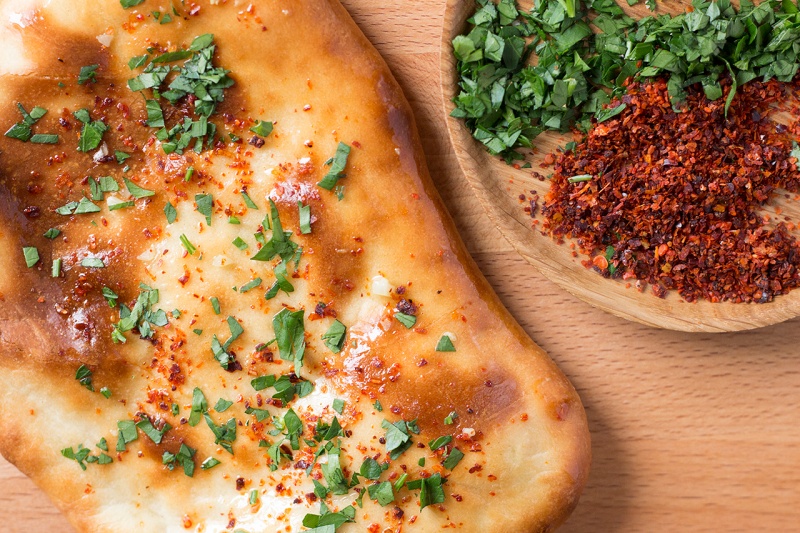 I’ve always loved naan bread. I remember we used to go to our local Indian Restaurant (in Australia) and my favourite part would be the hot naan straight from the oven.

Unfortunately, I never tried to make it myself because I always thought that it would require a proper tandoori oven. But after teaching myself to make decent enough pizza in a normal oven, I thought “Why should naan bread be any different?”

In fact, really, you can quite easily make proper naan bread even if you are vegan, and even if you don’t have a tandoori oven… The only catch: You have to cook it about 3 minutes longer. I think I can live with that!

In this recipe I have replaced milk with almond milk and natural yoghurt with coconut cream. The naans are coated with garlic-infused olive oil, parsley and chilli. A traditional Indian restaurant would use something like ghee, which is clarified butter.

The advantage of our approach is that not only is it 100% vegan, but a LOT healthier. In fact, ghee is so fattening that you put on a pound of weight just by looking at it. Fact!

This vegan naan bread recipe is best enjoyed straight of the oven with a nice curry (coming soon), some good friends and some cold lager.

PS: If you make our vegan naan bread, don’t forget to tag us on Instagram as @lazycatkitchen and use the #lazycatkitchen hashtag. I love seeing your takes on my recipes! 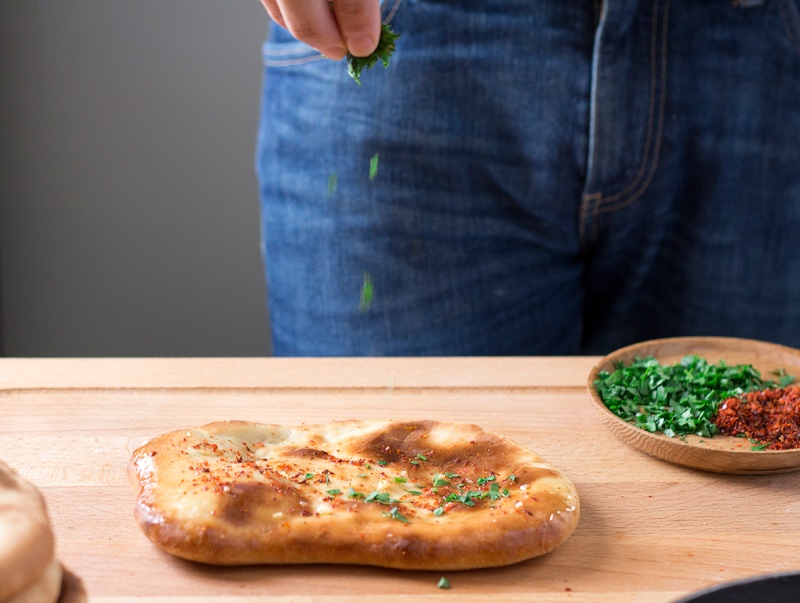 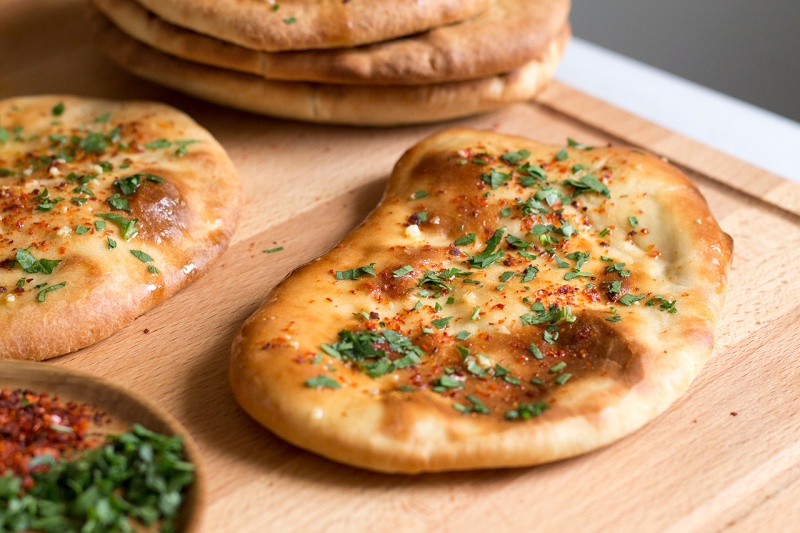 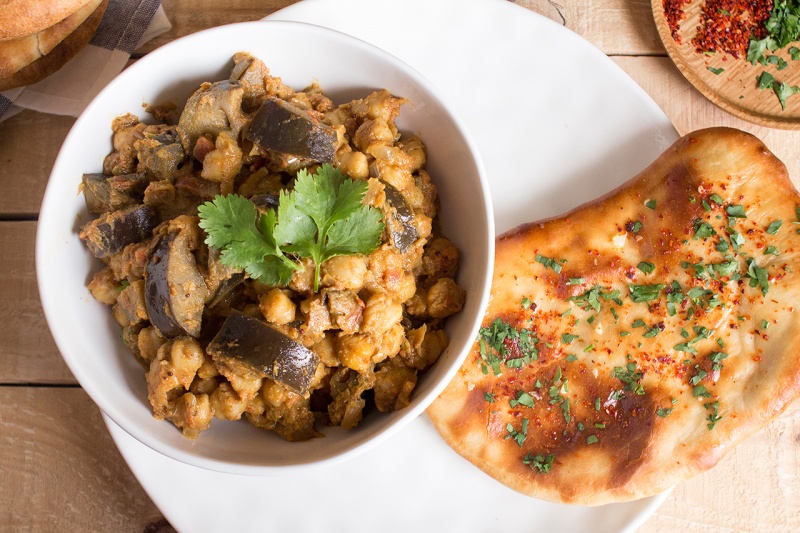 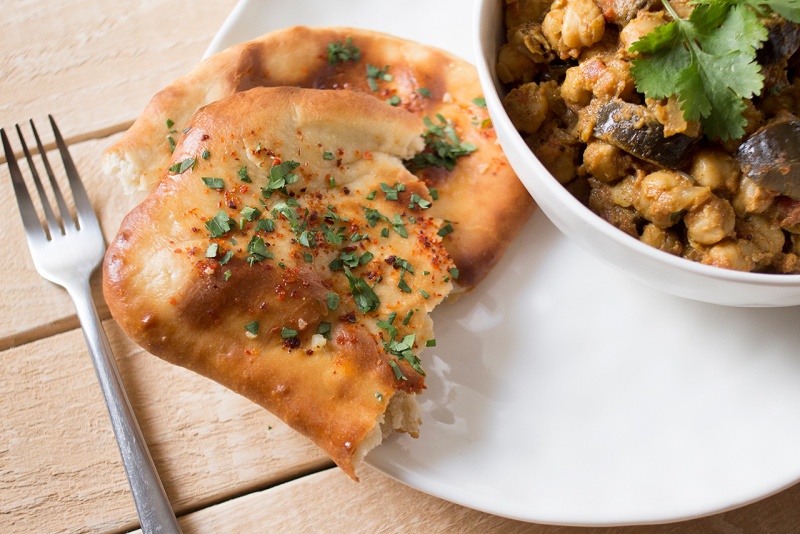 * You can either buy 100% coconut cream (not milk) or you can refrigerate can of full fat (that’s important) coconut milk for at least 24 hours. Carefully take it out of the fridge – be sure not to move or shake the can. Open it and your should see a layer of coconut cream rise to the top – carefully scoop it out with a spoon and set aside to bring to room temperature before using in the recipe as fridge cold cream will kill the yeast. Keep the watery part too, you can use it in smoothies or curries.