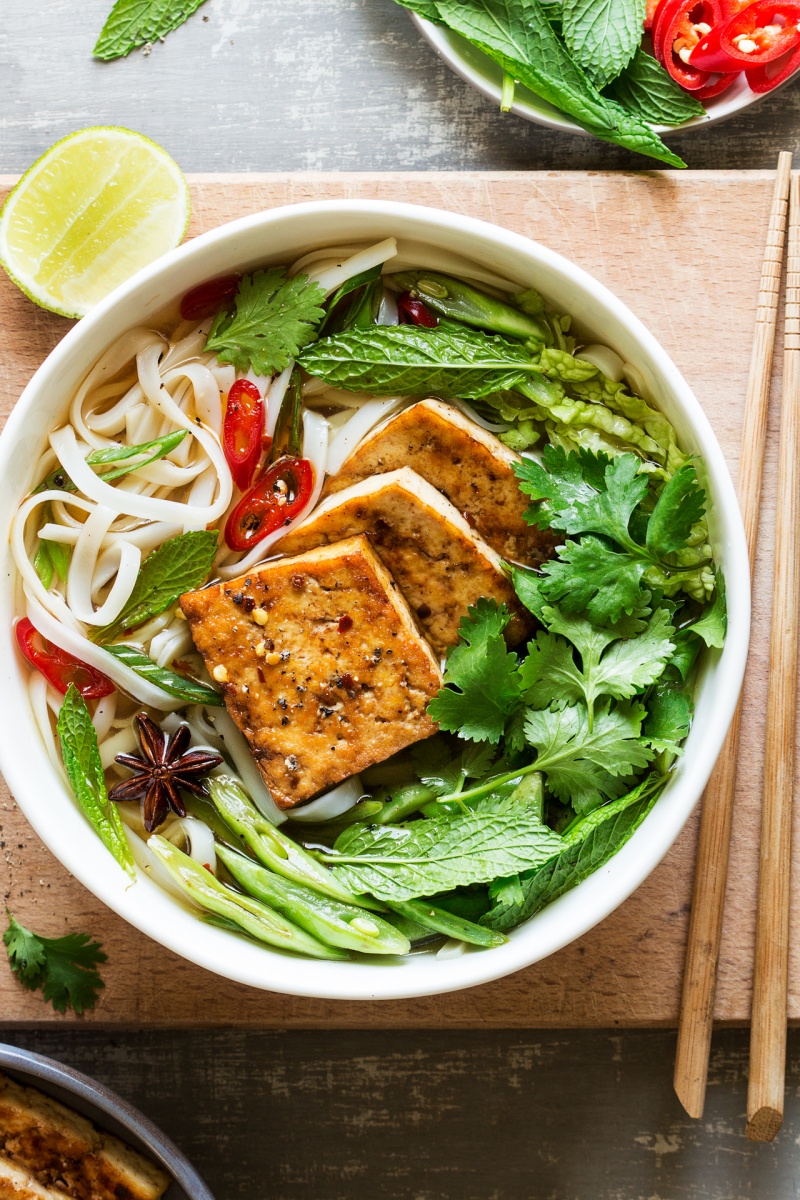 A soup is on today’s menu. It’s not any old soup though, it’s the world-famous Vietnamese soup – pho – packed full of fresh herbs, veggies, pan-fried tofu and oodles of noodles. It’s filling, yet light and fragrant, perfect for still chilly, spring evenings.

Flavoursome broth is the key to a good vegan pho and that’s harder to do with just vegetables alone. There is a trick though, which I learned from a cookbook author Andrea Nguyen who wrote an entire cookbook devoted to pho. Her trick is to flavour the broth with a nutritional yeast extract, which gives the broth bags of ‘je ne sais quoi’ or ‘umami’ as it’s technically called. It really works a treat!

I’ve been thinking long and hard about the recipes for this transition period between spring and summer. Even though in Greece summer moves in quicker than in the rest of Europe, we are not there yet. Some days are beach hot, others cloudy and windy and evenings are decisively still on the cold side, so a bowl of hot soup isn’t as crazy as it may seem.

This dish with its tropical roots hugs you on a chilly evening while being a nod to summer. It’s packed full of stir-fried beans and fresh herbs. If you are after a lighter meal or want to make this dish even more summery, I encourage you to swap traditional rice noodles for zucchini noodles (AKA zoodles) too. They’ll fit right in. 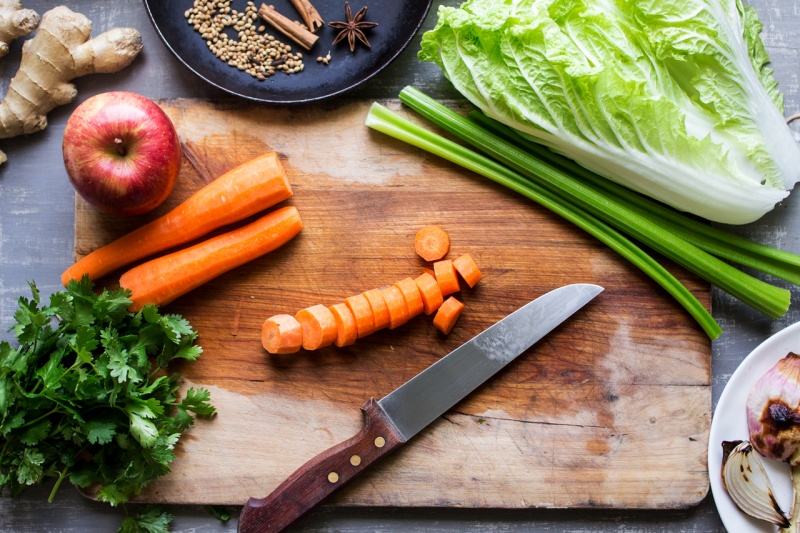 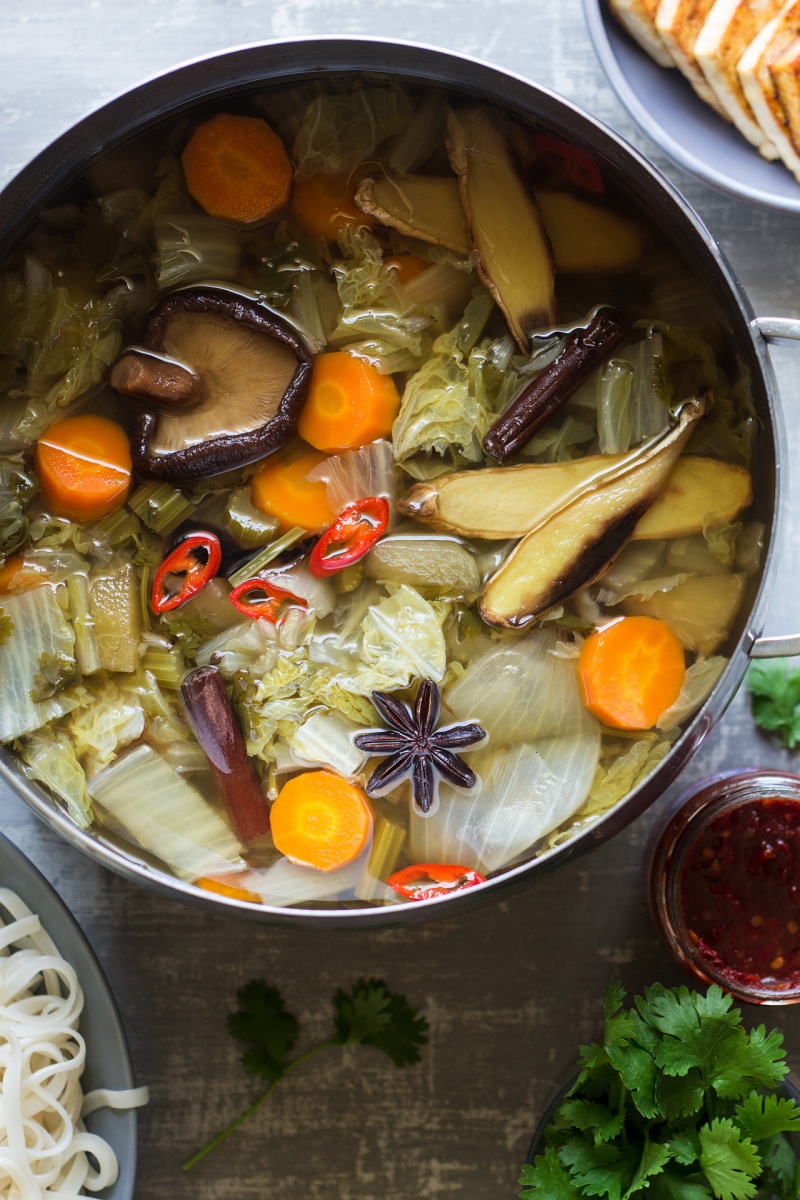 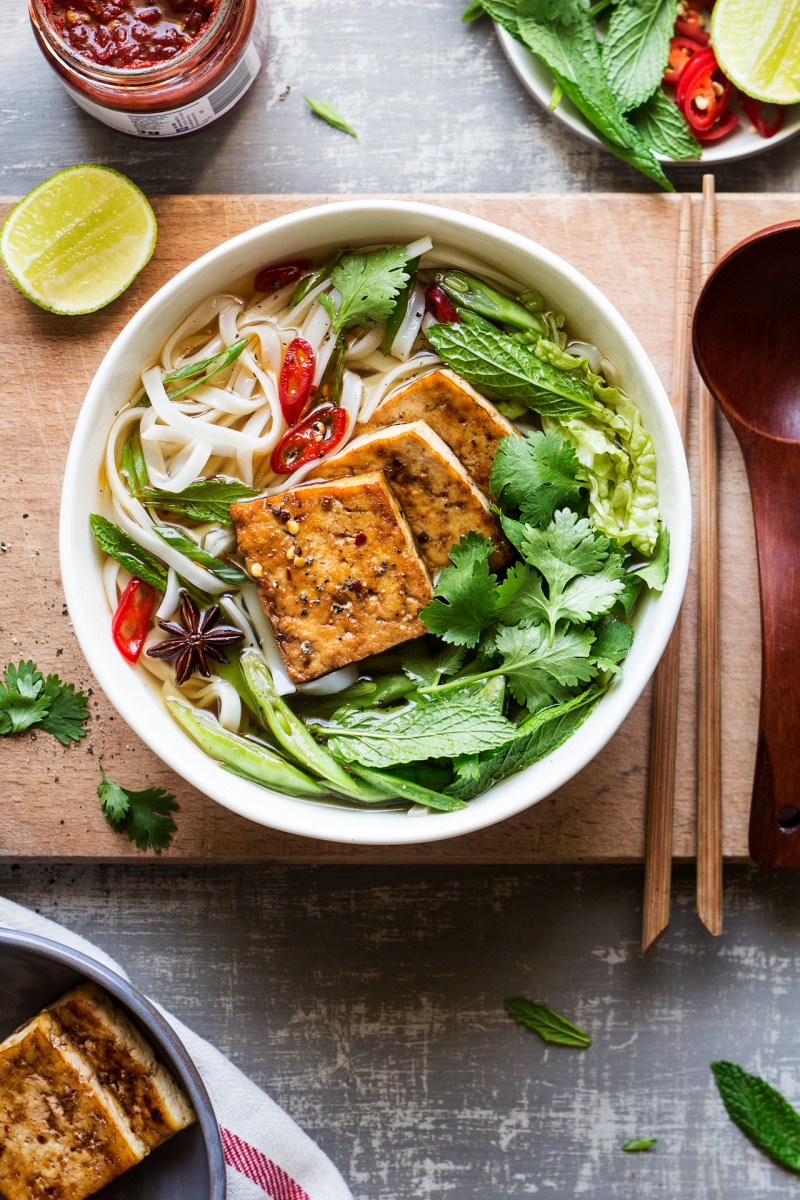 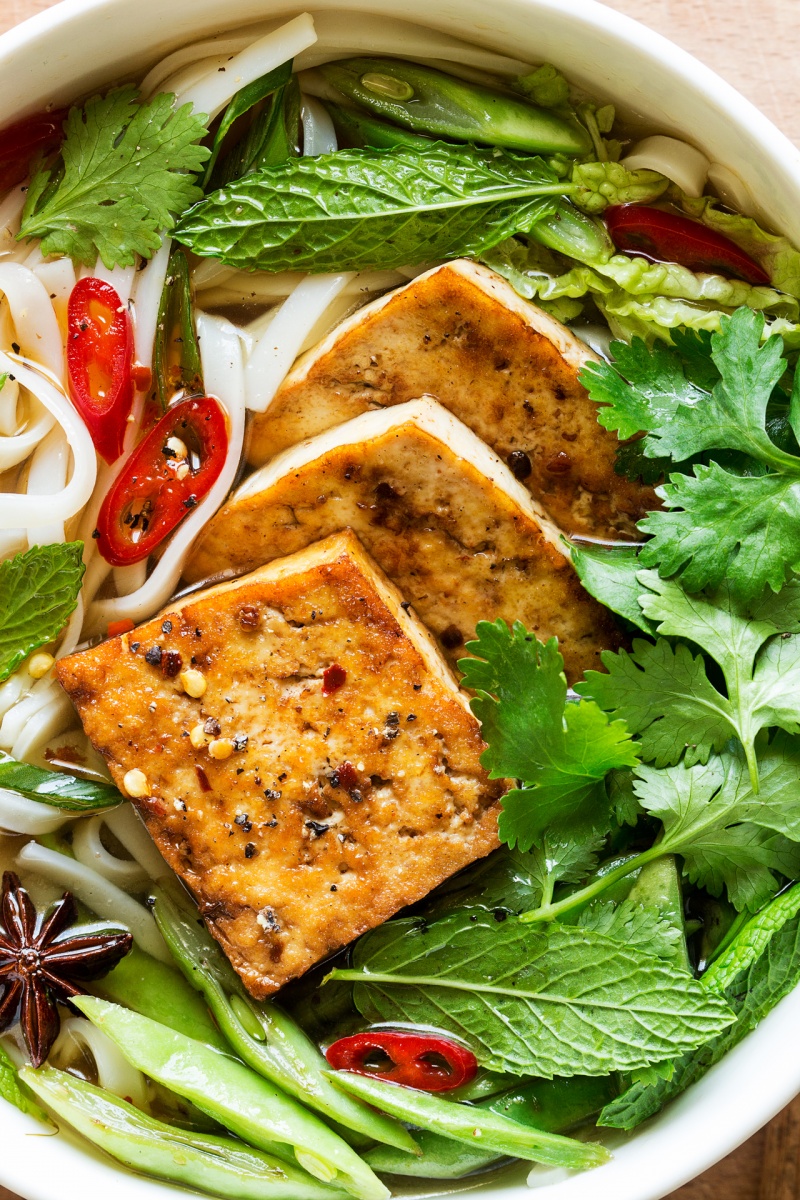 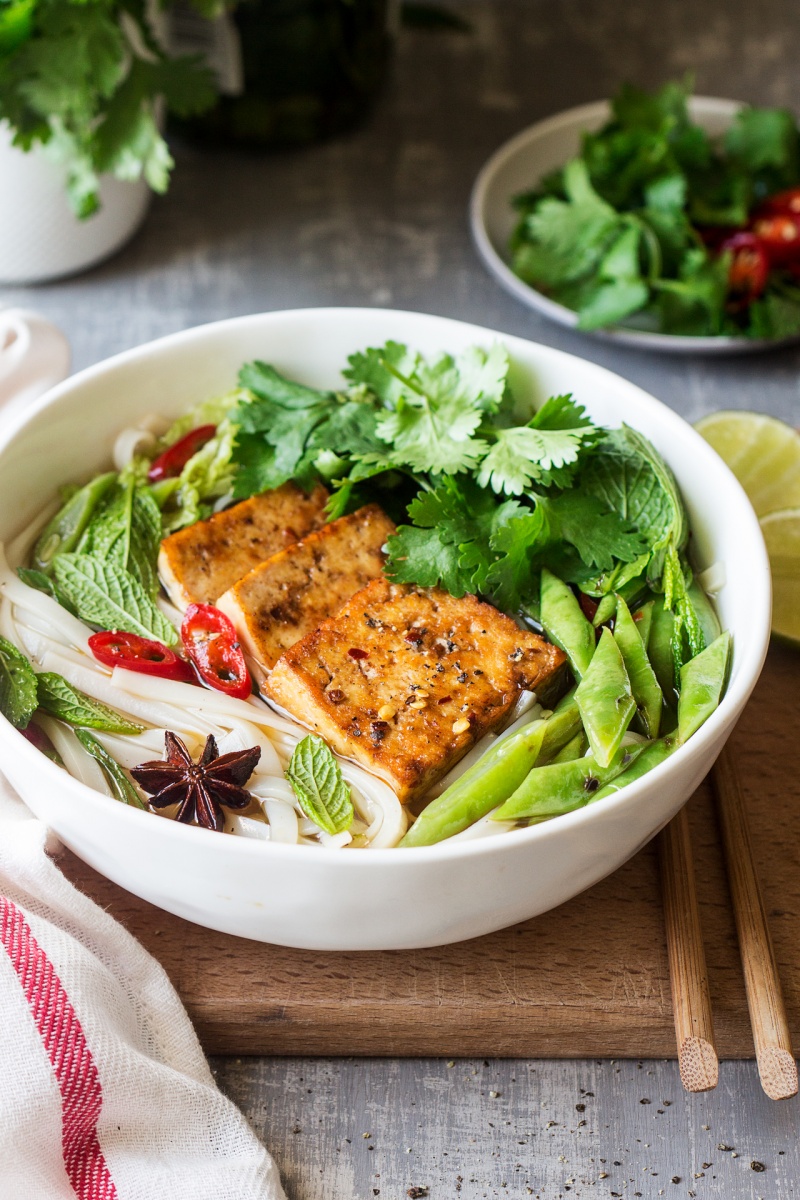 METHOD
NOTES
My pho broth recipe has been adapted from this recipe.

*To press the tofu without a tofu press, wrap your tofu in a paper towel, place it on a plate and weigh it down with something heavy (like a can of coconut milk, for example). Once the paper towel becomes wet, change it for a new one. Repeat a few times until the paper towel stays almost dry. Pressed tofu is tastier as it absorbs flavours better.