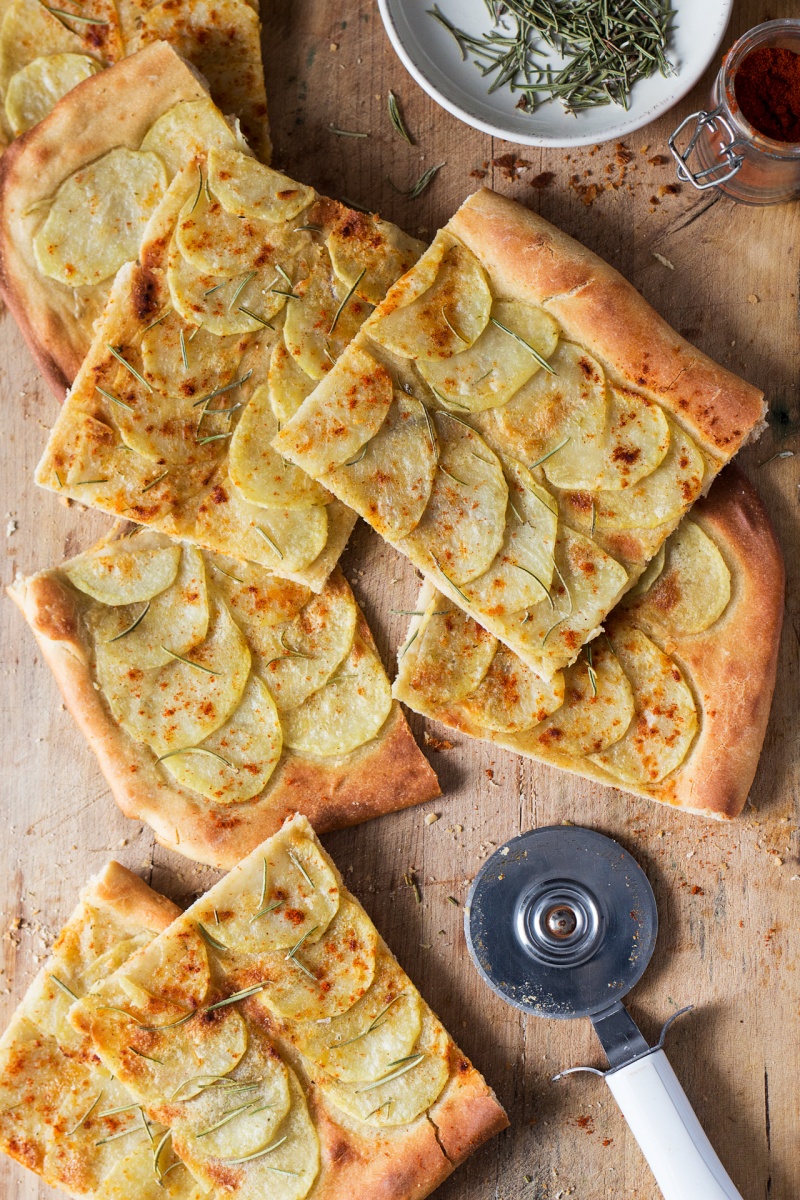 Is traditional Italian pizza without cheese even a thing? Si, naturalmente! Pizza con patate e rosmarino proves that a well-made pizza does not need cheese to be delicious and super satisfying. It’s very simple to make, requires only a few staple ingredients and tastes soooo good that the lack of cheese is the last thing on your mind.

Every summer season, a top-notch pizzeria, Lollo’s, opens up on Antiparos, a small island right next to ours (a small ferry leaves from outside of our main door and takes us to the other island in about 10 minutes). Pizza con patate e rosmarino is one of the pizzas they offer on their vegan menu and Duncan orders it every time we go – it’s his hands-down favourite.

I personally tend to opt for tomato-based pizzas loaded with seasonal veggies in the summer heat, but I’m totally jumping on the potato pizza train for cooler winter months. We made it quite a few times this autumn and I’m hooked.

It’s simple and comforting at the same time. The combination of potatoes, garlic, rosemary and a sprinkling of chilli (if you are a girl (or a boy) after my own heart) is a work of genius! The only word of warning I have for you is don’t hoover up an almost whole vegan potato pizza if you are planning to go for a run or a brisk walk 2 hours later. It may be light as far as pizzas go, but it is possibly best consumed after you get the running out of the way first 😉 .

PS: If you make this vegan potato pizza, don’t forget to tag me on Instagram as @lazycatkitchen and use the #lazycatkitchen hashtag. I love seeing your takes on my recipes! 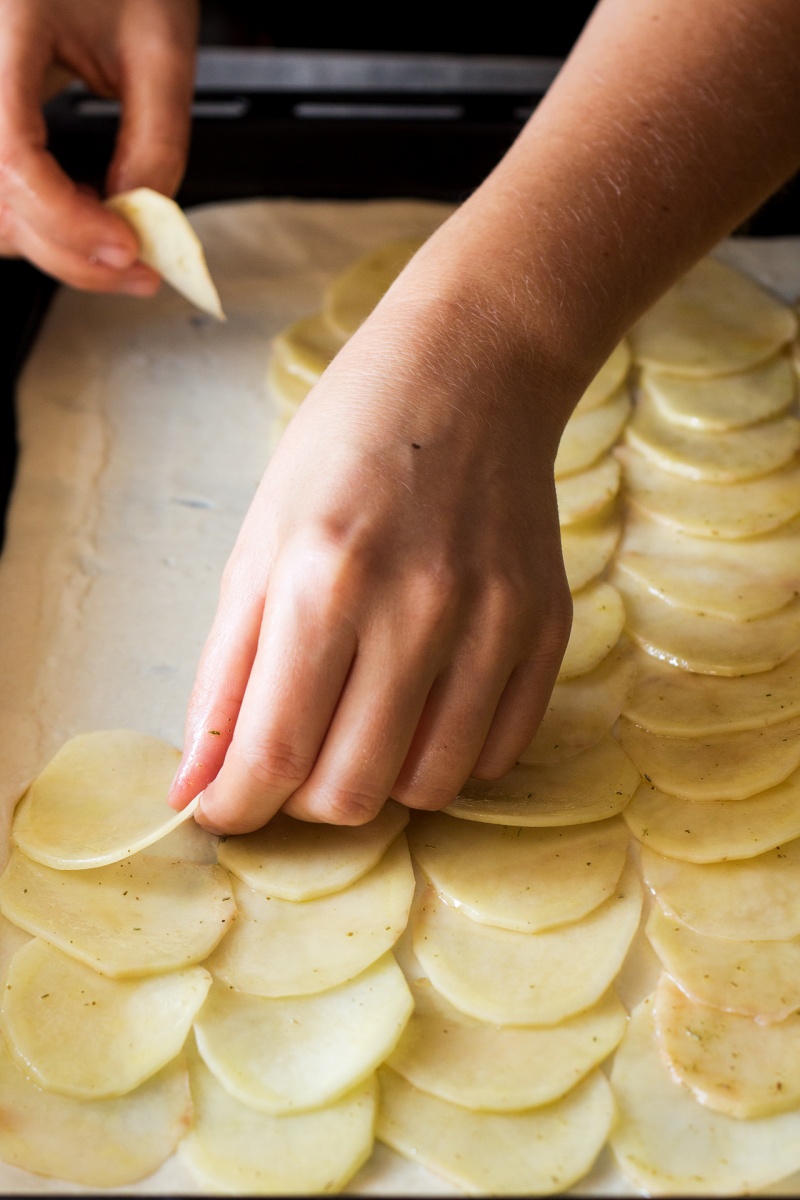 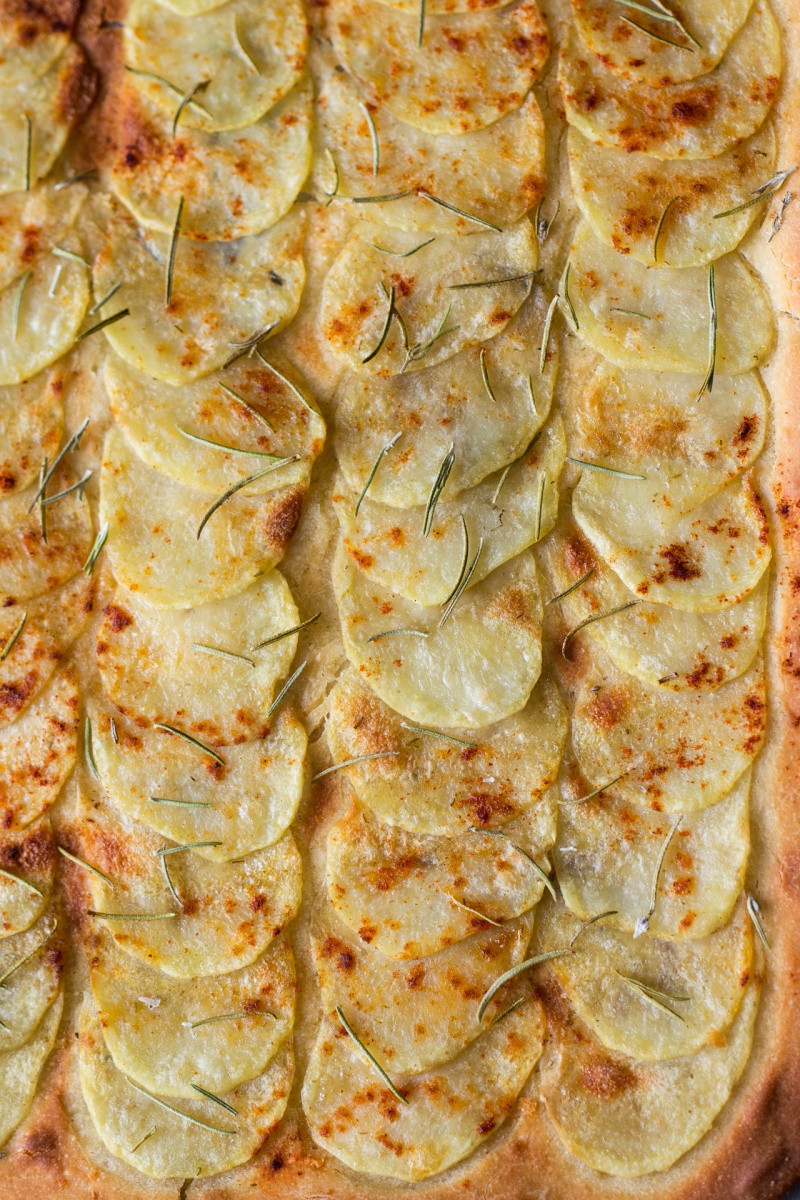 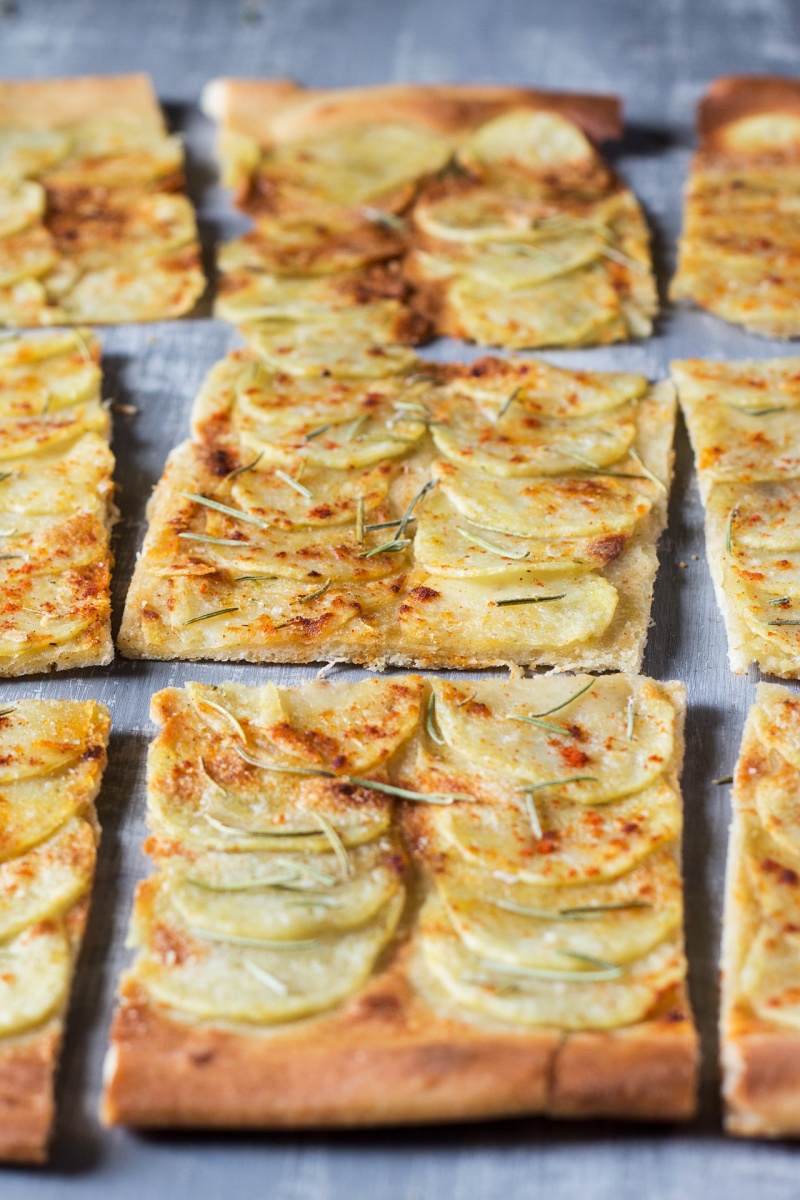 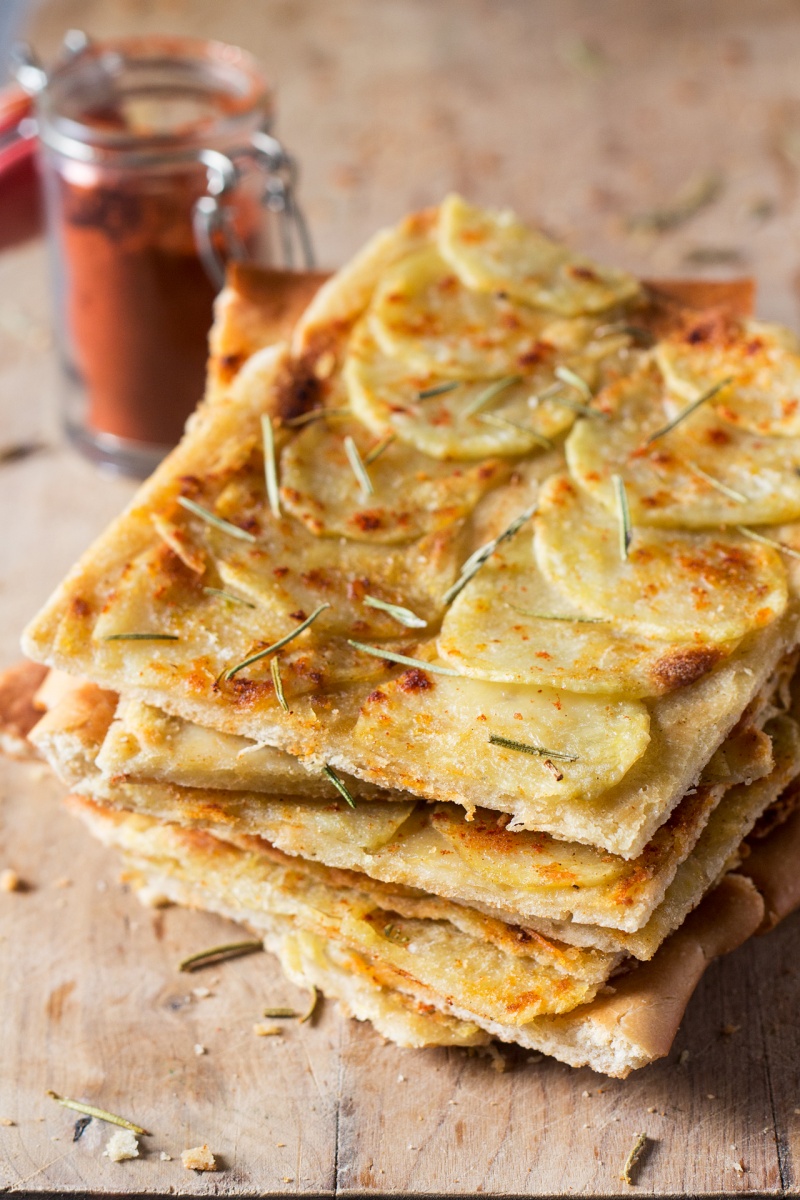