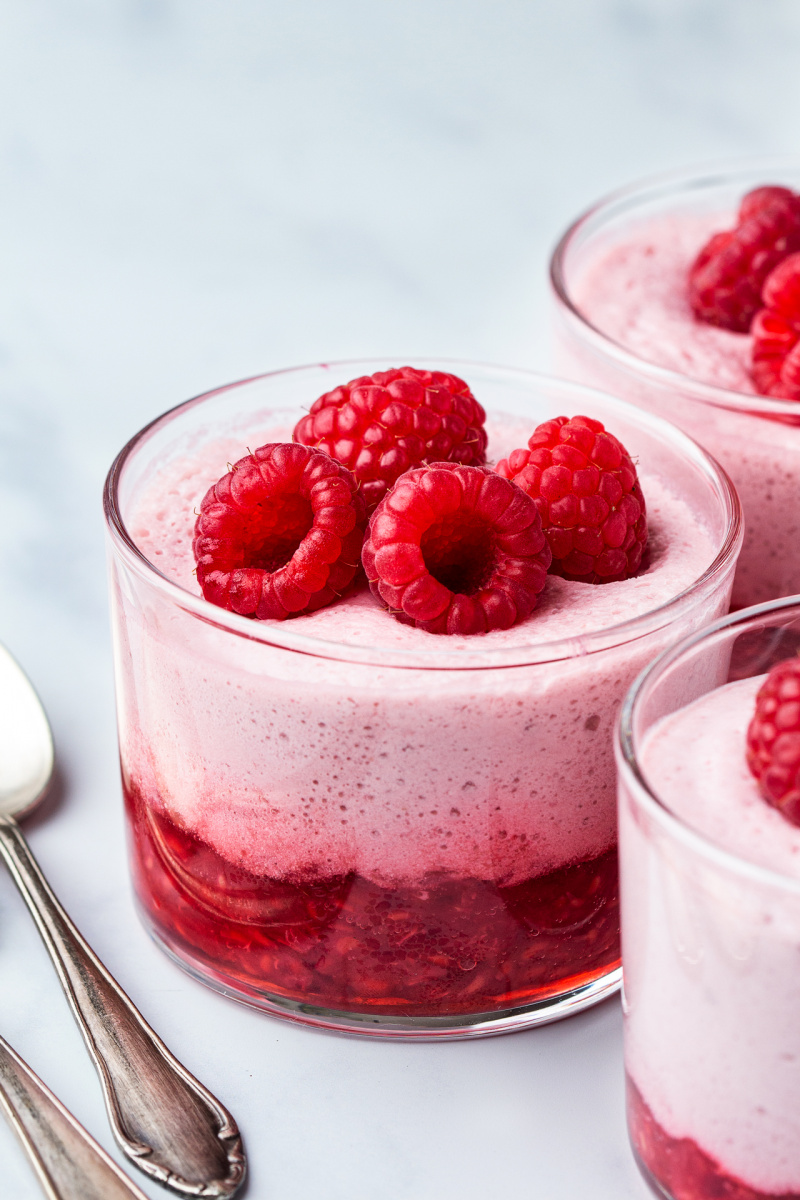 If you’ve been reading my blog for long enough, you must know that I am massive fan of aquafaba and I use it in my cooking all the time. I first stumbled across it in 2015 and have experimented with it ever since. The vegan chocolate mousse video we did back in July 2015 went viral and I’ve since used it to make so many things I lost count, but its application to make delicate mousses that even non-vegans rave about still blows my mind.

As it’s summer and I have been feeling a bit nostalgic lately, I’ve decided to replicate something my grandma used to make with egg whites and wild strawberries. Have you ever had wild strawberries? They are to die for, intensely aromatic and not quite like strawberries at all – much more fleshy and less watery. Maybe because Poland has historically been quite tortured and therefore poor, we are a nation of foragers. We love picking free foodstuffs and they are widely used in many of our dishes. Things like bilberries (traditionally used in these), wild strawberries, sour cherries, blackberries, mulberries and a whole host of wild mushrooms, of course.

So anyway, my Gran was a very good cook and she used to make this delicious wild strawberry mousse with loads of egg whites and tonnes of sugar. It was light and super sweet, which of course I did not mind as a child and she would serve it in elegant bowls with wafers stuck in that were used as an eating device. It was definitely one of her summer dinner party desserts of choice.

With her at the back of my mind, I made a light mousse using raspberries (I am pretty sure that strawberries would work also). It’s not quite like what she used to make – I would never be able to replicate how delicious her mousse was – but it brings back my happy food memories so that’s enough for me.

This vegan raspberry mousse is fruity and light and really perfect as a summer dessert. And because I am an annoying perfectionist that never feels like enough, I’ve tested two different options for you – one with coconut and one without. I also tested using maple syrup (essentially any liquid sweetener will work) and sugar. They both work well but the method in each case needs to be a bit different so please read the instructions carefully. Sugar produces a stiffer mousse but then I know that some people are not keen on it – I’ve got a maple syrup sweetened version for you, which while a touch softer, is also super light and airy. Take your pick and I hope you’ll enjoy it as much as we have enjoyed testing all these variations for you 😉 x

PS: If you make my vegan raspberry mousse, don’t forget to tag me on Instagram as @lazycatkitchen and use the #lazycatkitchen hashtag. I love seeing your takes on my recipes! 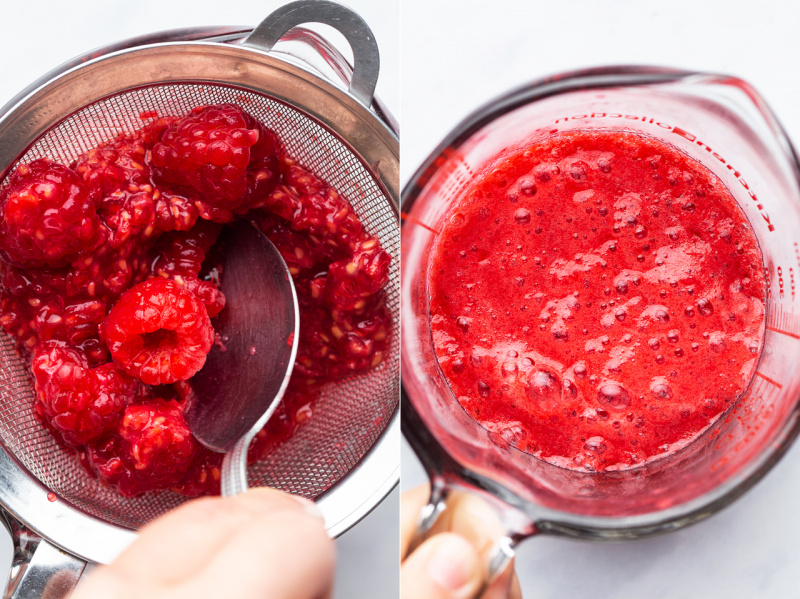 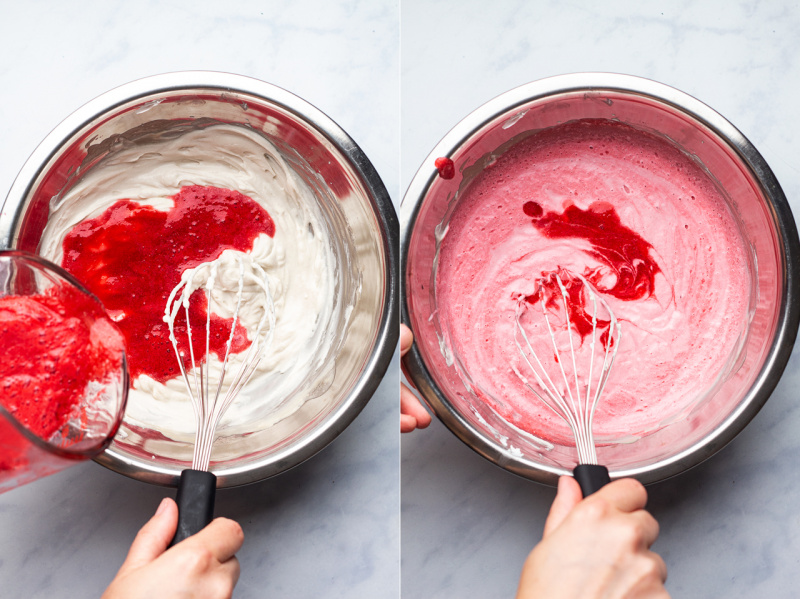 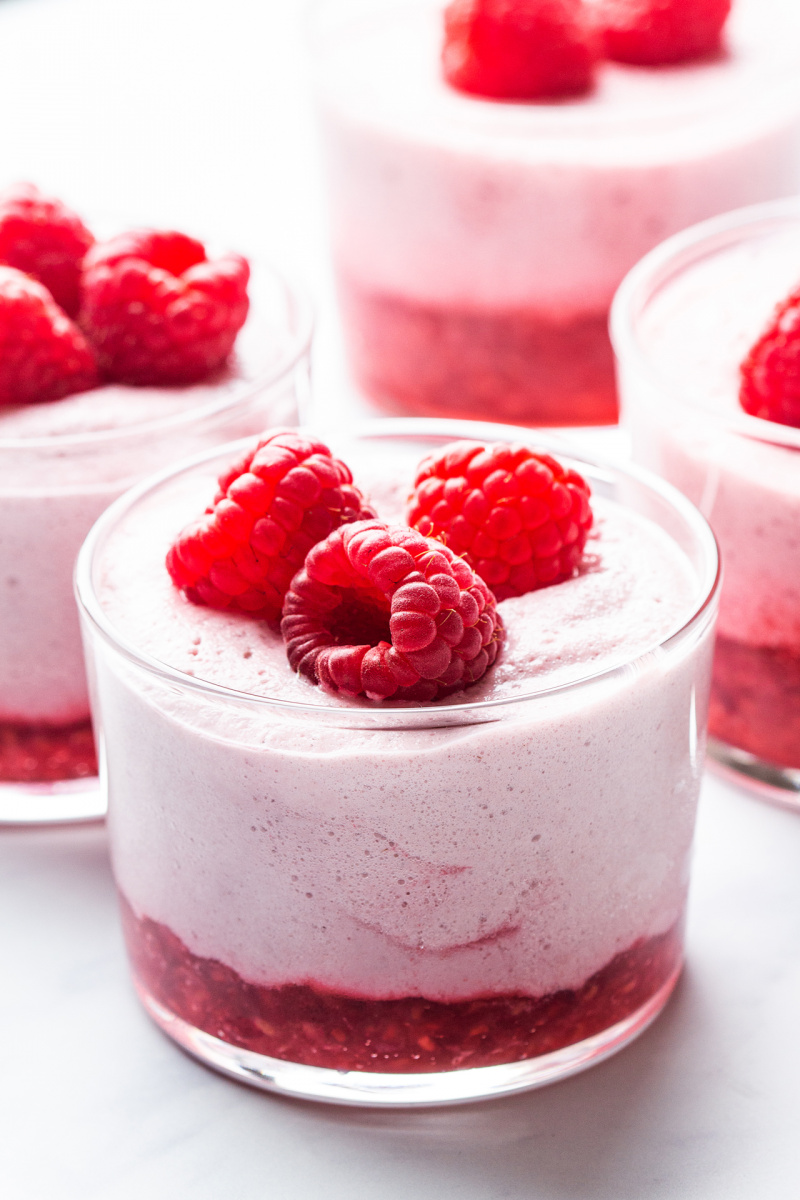 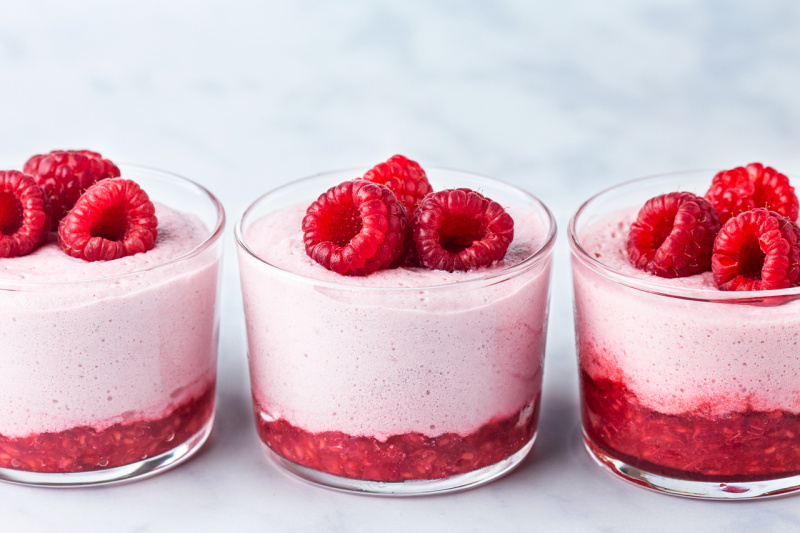 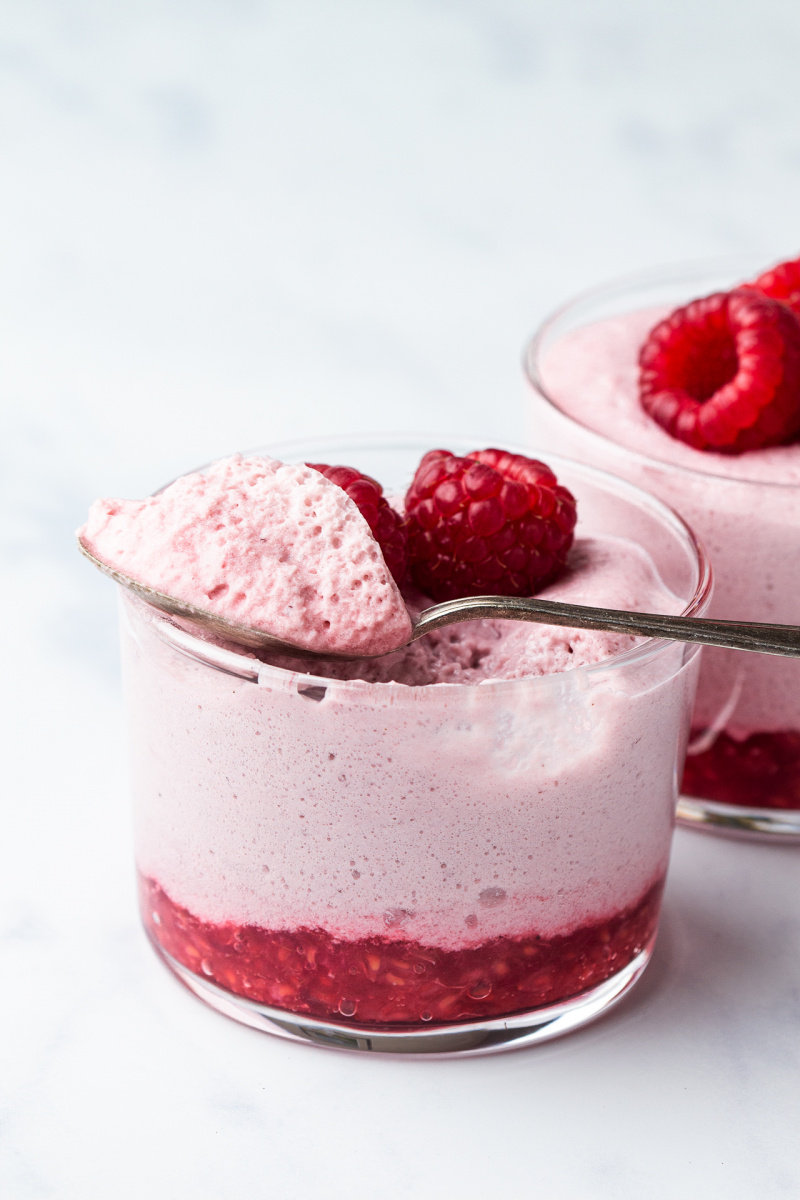 *You can skip this if you don’t have any in your cupboard, but be aware that the mousse will be a bit softer and the bottom of it less set than the top. Extra fat found in the cashew butter renders the mousse more stable.

**In order to separate the cream you need to chill the tin undisturbed for a few days, after which time the cream should have floated to the top. I have not tried using store bought coconut cream, but it should work fine provided there is enough fat in it.